(nr Dos Cabezas AZ)
On another day at Chiricahua National Monument I hiked the Bonita Creek trail. The trailhead started at a parking lot just after entering the park. There was a picnic area with a pit toilet, and a paved loop trail. 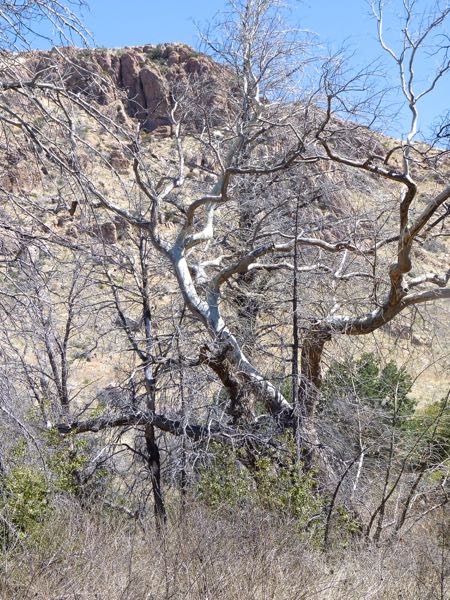 Bonita Creek Trail
Past the picnic area, a sandy path followed Bonita Creek below some cliffs and through a variety of trees. Now and then, there was a bench to rest and admire the surrounding scenery. Birds and a white tail deer were seen along the way. It was an easy level walk. 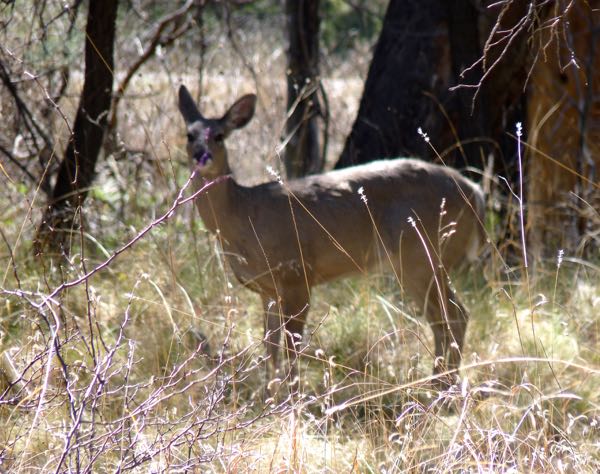 White tail deer along the trail 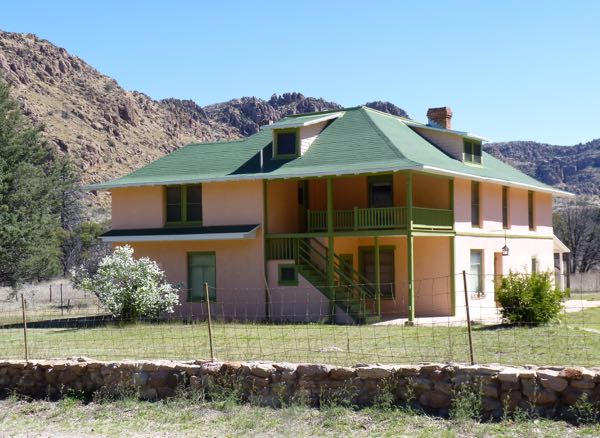 The path led to Faraway Ranch with a main house, guest house, outbuildings, and a corral. The earliest settlers in the canyon established the ranch raising cattle. They began offering hiking and horseback riding excursions to the rock formations in the surrounding Chiricahua Mountains. And, they were instrumental in establishing the monument. 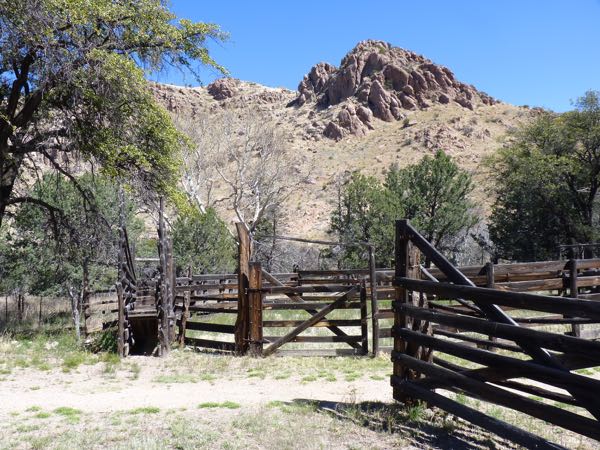 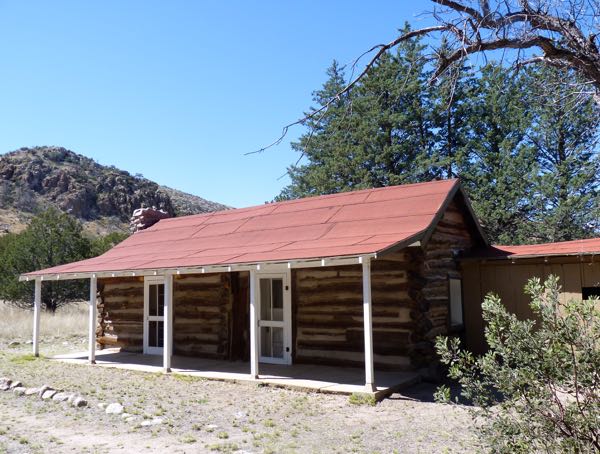 Further on, the Stafford Cabin housed a separate family that planted a fruit grove which no longer exists. It was eventually bought by the ranch and turned into a guest cottage. The trail continued on past the cabin toward the Visitor Center. 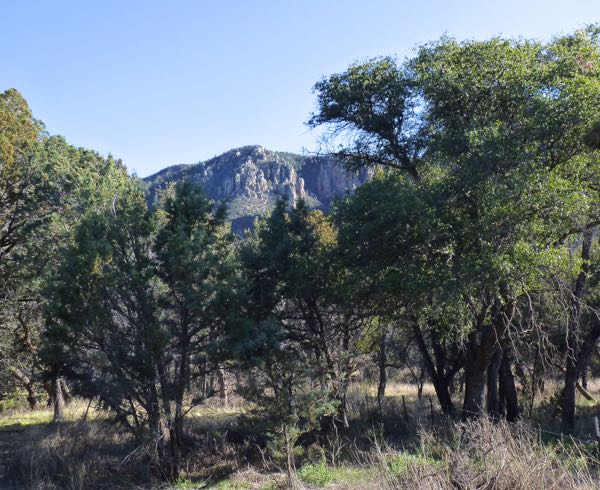 Pinery Canyon Road, just outside the park, led into the Chiricahua Mountains and the national forest. Past several cattle guard crossings, the road got very washboard for a ways, and there weren’t any pull-offs. After entering the forest, I finally came to a dirt two-track that went off into the woods. Surprisingly, a suitable campsite was found at the end where I could get level. But, I was disappointed it didn’t have an internet signal.