You are here: Home › Petroglyph Monument
By Pleinguy on June 2, 2015 in SW

(Albuquerque NM)
While in town to have Tardis serviced, a side-trip to see Petroglyph National Monument was taken. I’ve always enjoyed seeing native rock art and was eager to explore the trails. The Visitor Center video explained the geology, and how they believe the drawings came to be. 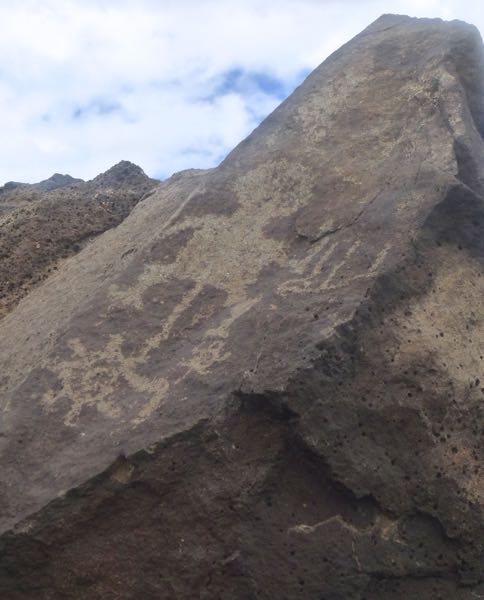 Boca Negra Canyon
The first stop was the more popular location, with a hike along the Cliff Base and Macaw trails. And then, the Mesa Point trail which goes up to atop a ridge. Photographing the artwork was difficult due to low contrast and getting close enough. 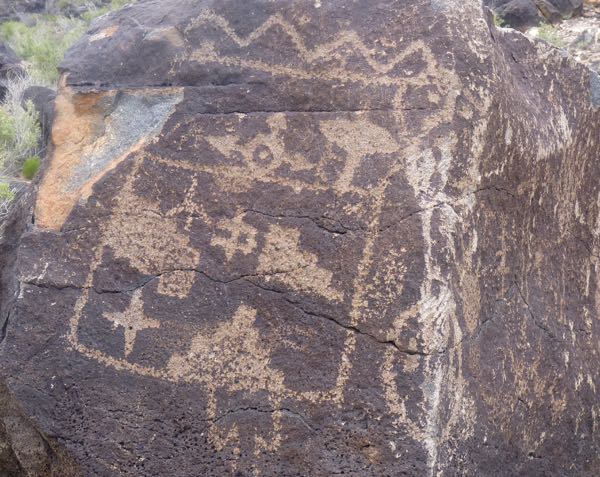 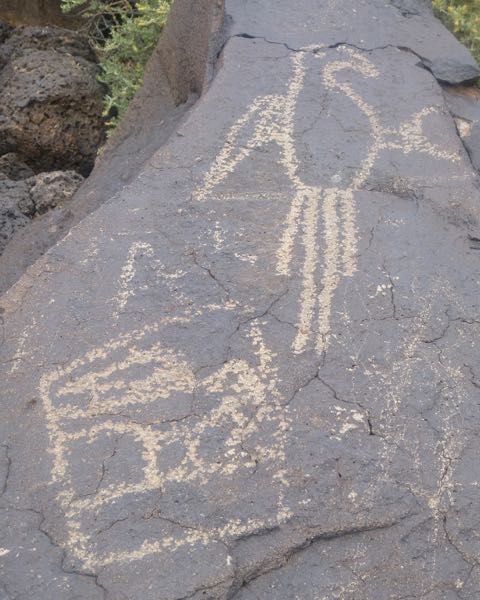 Birds on the rocks

Piedras Marcadas Canyon
Several miles north was another trail situated behind homes in a neighborhood. A sandy path lead along an escarpment with rock drawings here and there. Although the info claimed over 20,000 images were preserved in the area, I found only a few. 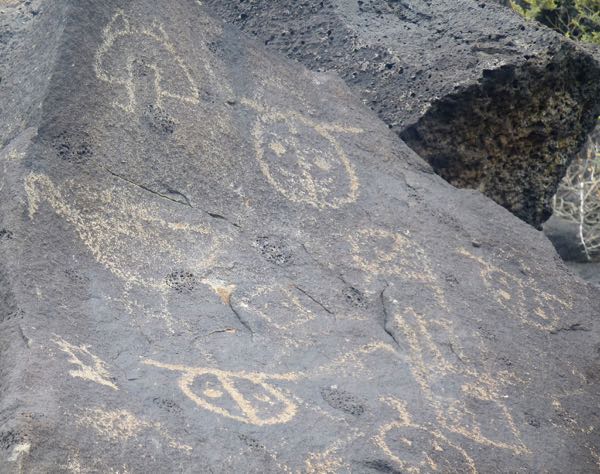 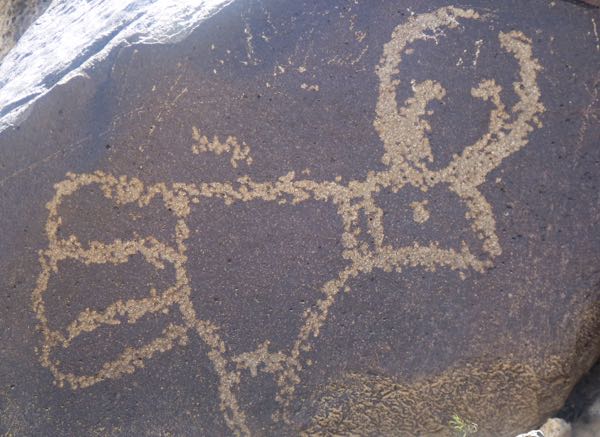 Another bird with plumes

Two sections I didn’t visit, one called Rinconada Canyon, where I was told not many drawings could be seen. And another, where you could view the remnants of two volcanoes. The monument was a bit disappointing, as I saw few petroglyphs. My visit to 3 Rivers Petroglyphs Site had a lot more drawings in a much higher concentration on a shorter trail. Still, it was an interesting couple of hours hiking.