(Shoshone NF WY)
The Chief Joseph Highway roughly follows the route taken by the famous Nez Perce leader when fleeing from the US Army in an attempt to move his people to Canada. It descends into Clarks Fork Canyon, and then goes up over Dead Indian Summit. 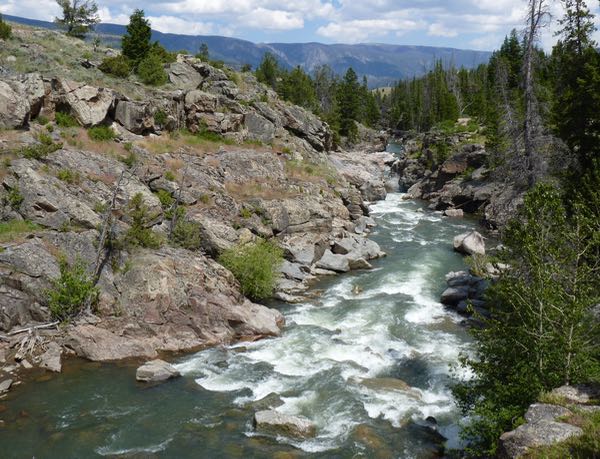 Along the way were great views! Among them were a lake with cliffs, and Sunlight Creek Gorge where there was a deep cut in the rock with a fast flowing creek at the bottom. I always like those dramatic features. 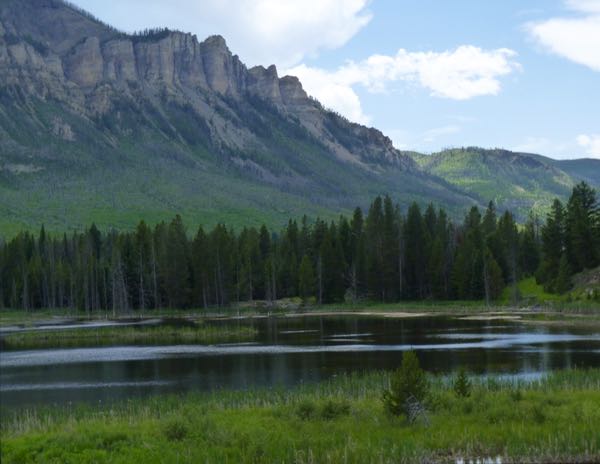 Lake & cliffs along the way 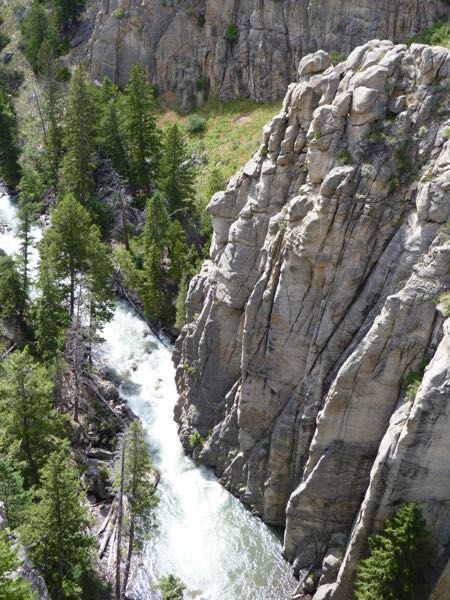 My campsite was at a free horse camp, next to Dead Indian Creek. The name derives from an Indian that was killed by soldiers when he was left behind at the creek by the Chief Joseph party. 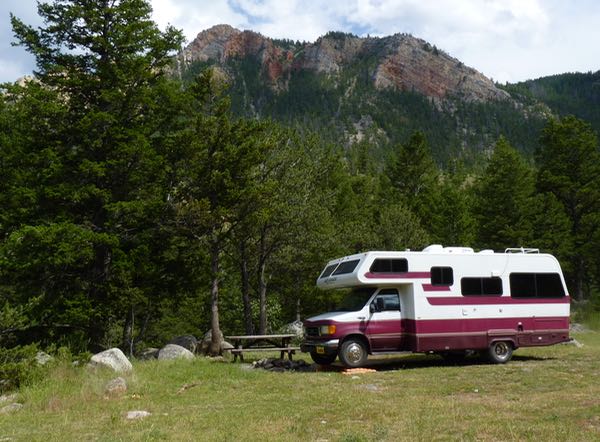 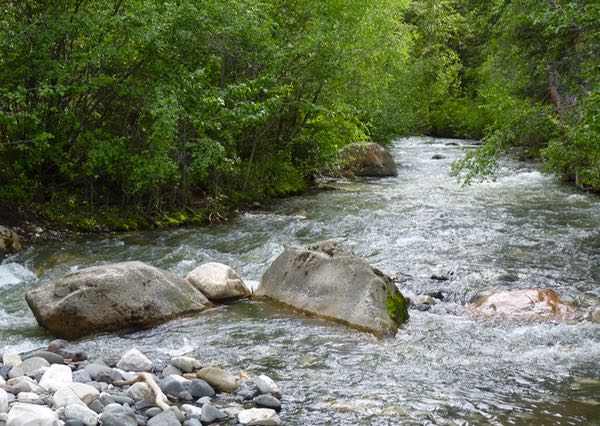 An imposing mountain was on the way up to 8,060ft Dead Indian Summit where there were more views overlooking Clarks Fork Canyon. A metal sculpture of natives on horseback caught my eye. 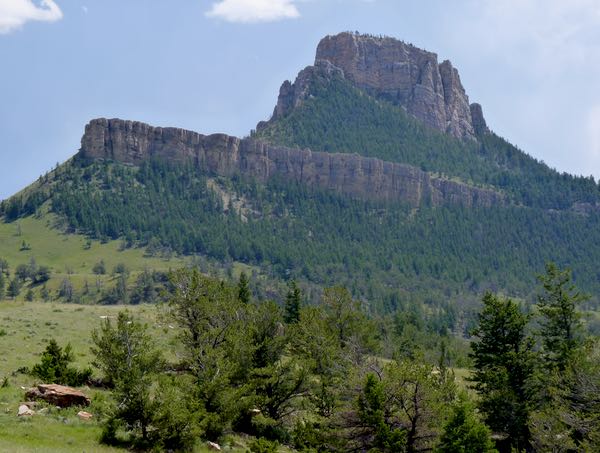 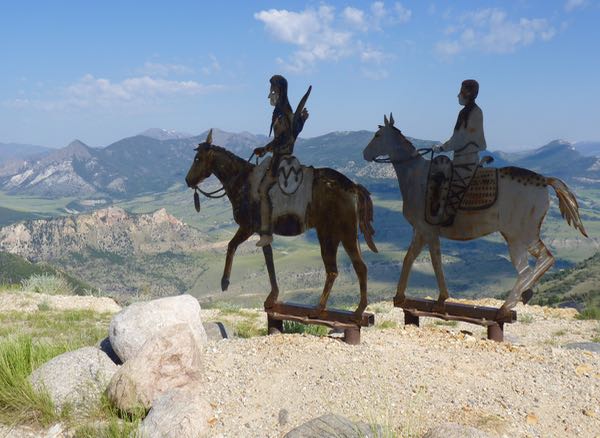 It was an interesting byway, with little traffic, and some nice views; but, few places to pull over. Combined with the short piece of the Beartooth Highway, it made for a worthwhile route between Yellowstone and Cody.