(nr Encampment WY)
Sierra Madre is the mountain range just west of the small town of Encampment. I had read about a nice trail going up to a waterfall in the mountains. A hike through the forest sounded good. So, off I went. 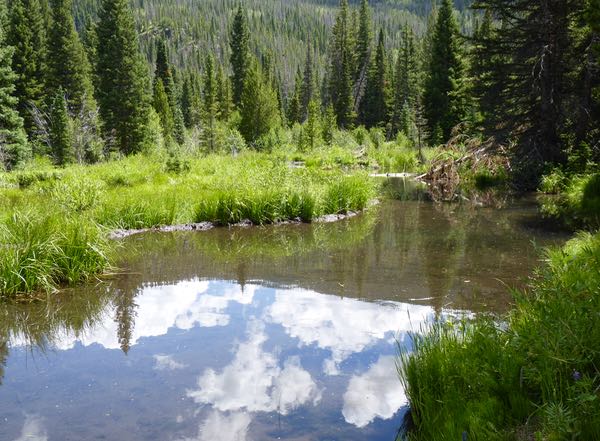 Pond in the Sierra Madre

Green Mountain Falls
Info indicated 1.7mi one-way from the parking area to Green Mountain Falls. That was a trick though, as the trek up a rugged 4WD road only got me to the trailhead. However, it was just another mile or so further to the falls. It was a gradual climb, so still a relatively easy hike. 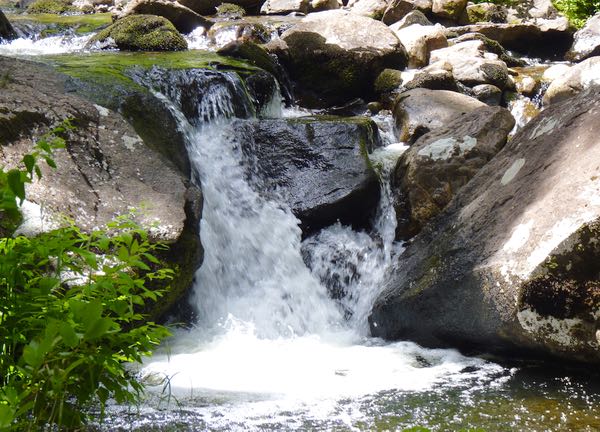 Creek along the trail 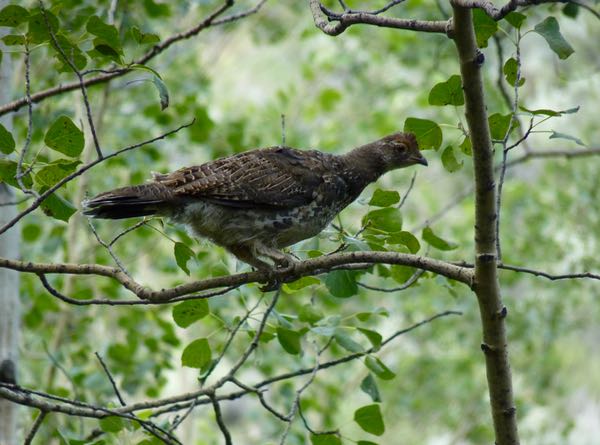 Bird scared up into the tree

The path more or less followed a creek, and there were some back-country campsites. I also startled a couple of birds along the way. The payoff was a pretty cascading waterfall, surrounded by rocks and forest. 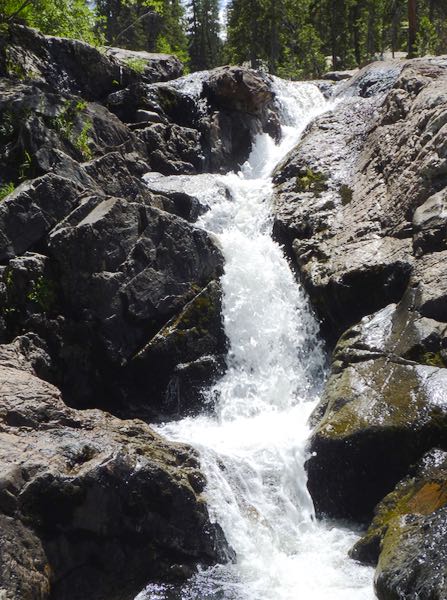 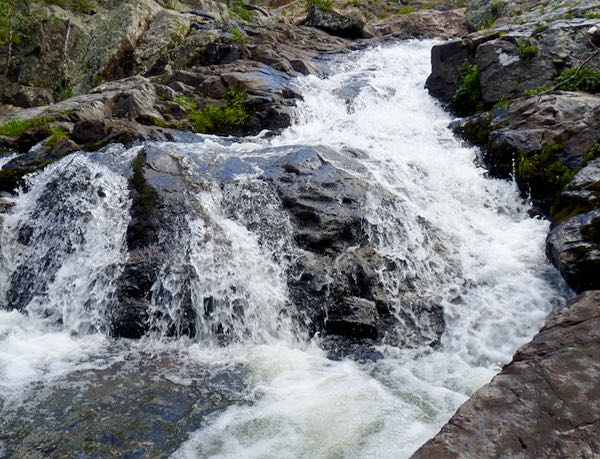 Another section of Green Mountain Falls

Encampment River
Near the base of the Sierra Madre was another trail along the Encampment River. It started at the campground, went past some summer cabins, and then into a wilderness area. The trail was mostly near the river, and with only a few ups and downs. 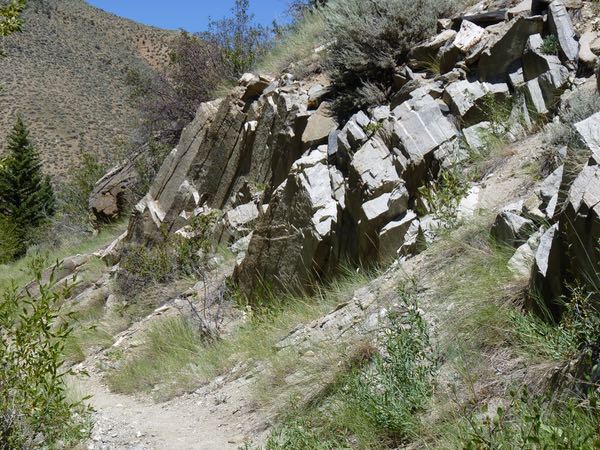 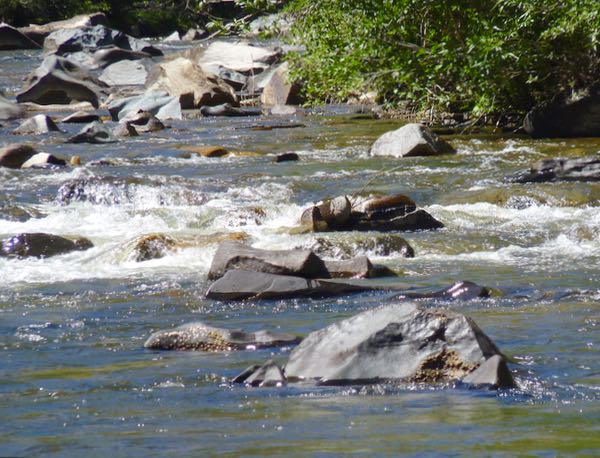 Besides solitude, the reward was a few spots on the river with rapids, some rock formations, the forest, and wildflowers. I only walked for 1 1/2 hours out, and then turned around. 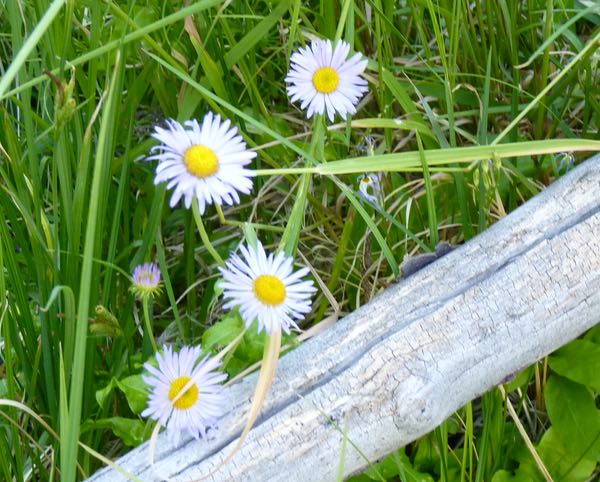 Wildflowers along the trail

Campgrounds
Both camps were a few miles away from town. While quiet, neither had internet. However, at each my campsite was well apart from others. One camp was up in the mountains, and the other was right next to the river. Pretty good for $5 per night with senior pass. 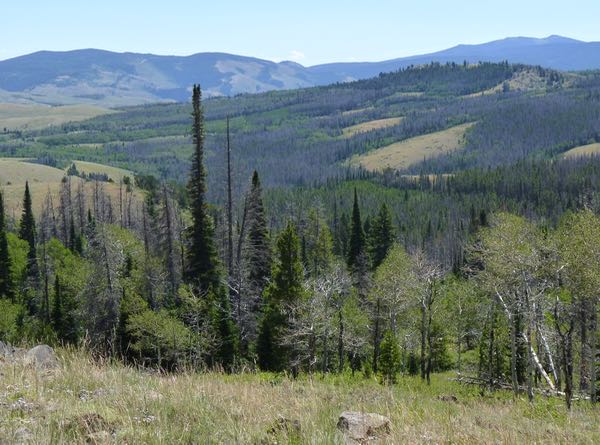 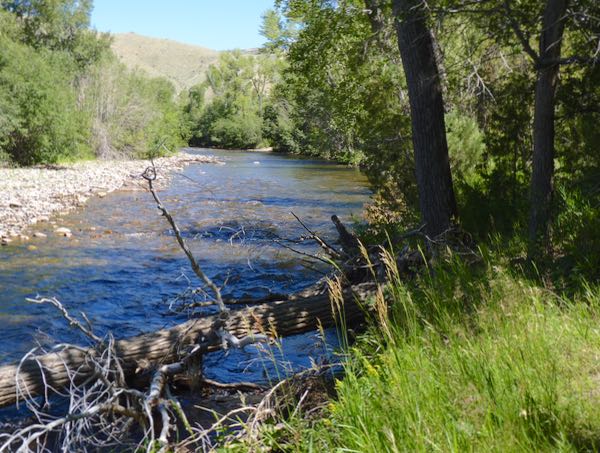 There was more to explore if I had continued up further into the Sierra Madre Mountains. But, my journey took me in a different direction.