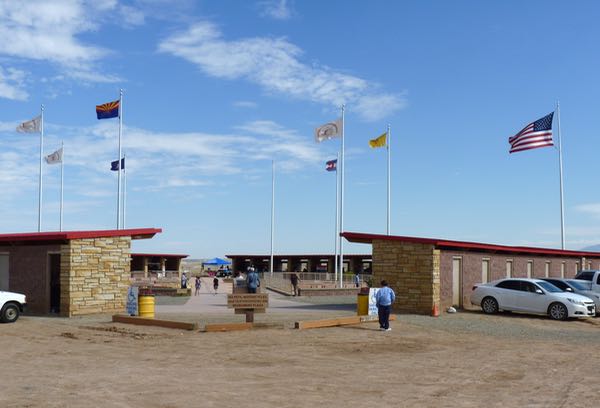 It is the only place in the USA where the borders of four states converge. This part of the country is often called The Four Corners because of the meeting. Visitors come to have their photo taken while standing in all those places at the same time. 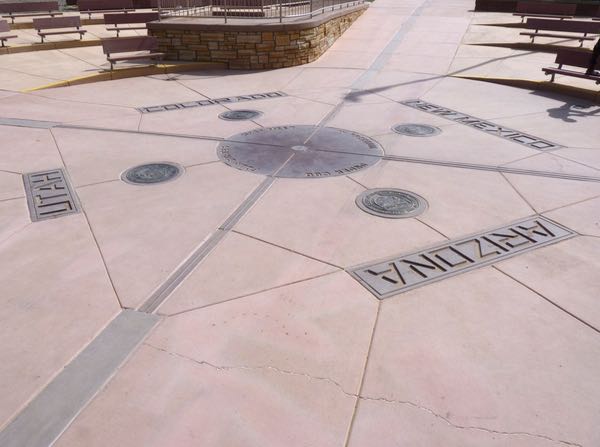 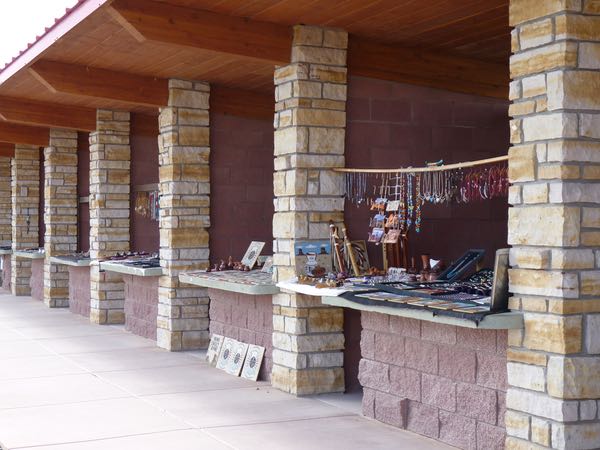 Each state, and each native nation have their flag and seal represented around a brass disk marker delineating the intersect of boundaries. Placards describe how historical events and the several surveys resulted in this unique spot. 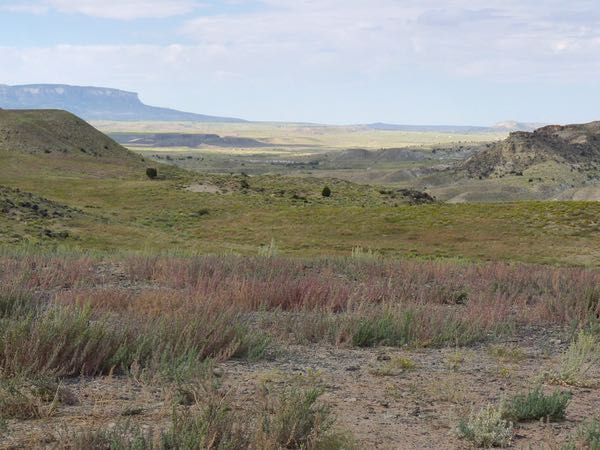 Surrounding the marker is a plaza with booths where native artisans sell their crafts, and sometimes traditional frybread and mutton stew. It is a remote location with typical desert landscape of mesas and hills. A one-of-a-kind place to stop, if you are going past, and worth the small entry fee.