You are here: Home › Kaibab Plateau
By Pleinguy on October 7, 2015 in SW, Travel

(nr Jacob Lake AZ)
The Kaibab Plateau is high country in northern Arizona, with forests, trails, meadows, viewpoints into the Grand Canyon, and lots of good camping opportunities. Near to the Vermilion Cliffs, the highway going to the North Rim of Grand Canyon National Park runs through the plateau. 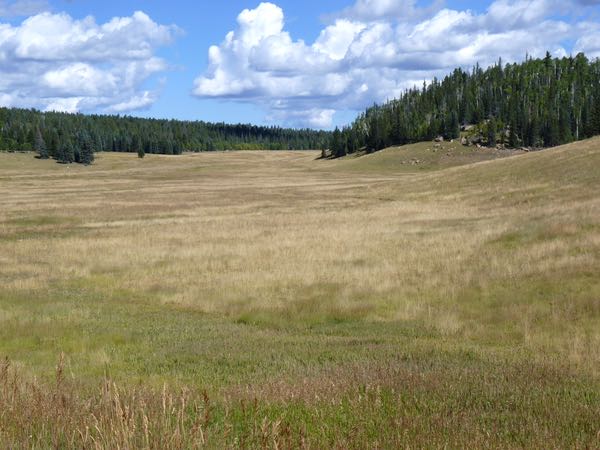 Meadow on the Kaibab Plateau

While I was there, I saw almost no critters; not even one bird or squirrel. That seemed odd because info from the forest station boasted of elk, deer, bears, coyotes, and others. Surprisingly though, I did see a small herd of bison which are not native to the area. It turned out that they were leftover from a rancher that had brought them there in an unsuccessful attempt to cross-breed with cattle. 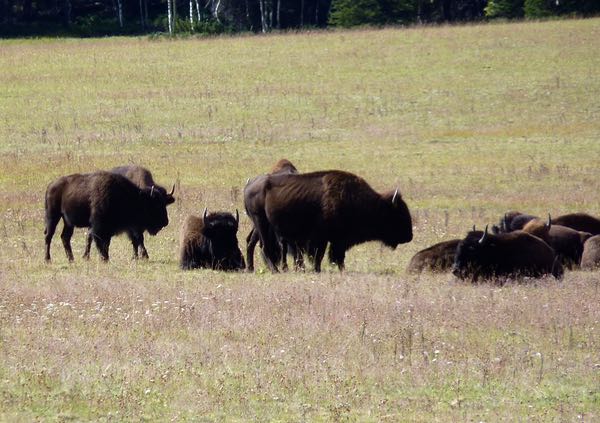 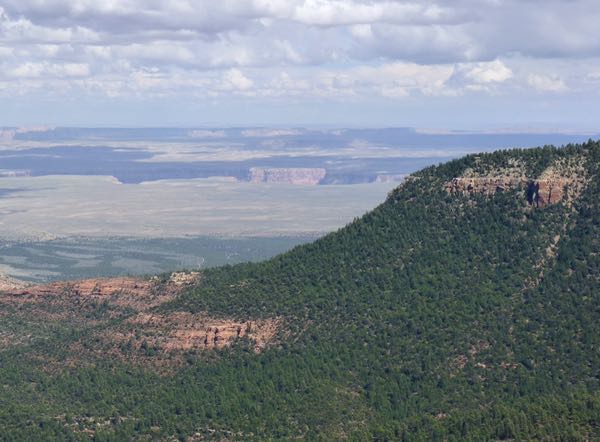 I went to a viewpoint of the East Rim, and did a short hike there. The plateau was a good place to escape the heat from lower elevations, and to find a quiet, peaceful camp. I was able to catch up on writing blog posts, organizing photos, and do some thinking about where my journey would take me next. 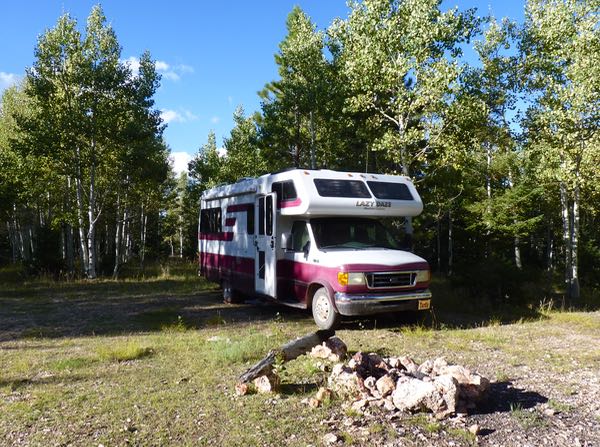 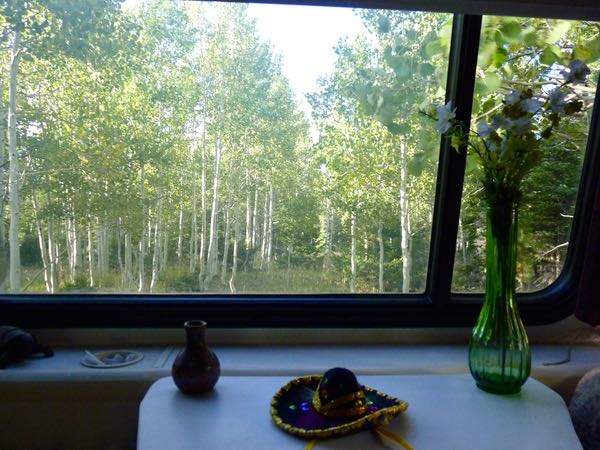 Aspens seen from inside the rig

I found a secluded boondock camp in the forest amongst aspen trees and tall pines. At over 9,000ft the temps were cool and refreshing. It was the Labor Day holiday weekend; so, I was hiding out until it was over. Only a couple of others came down the road I was on, and none camped on it. So, I considered it a success.

PS: There were several viewpoints looking into the Grand Canyon, from the westside of the plateau, which I’ve heard are wonderful. However, to reach them meant driving 20 plus miles one-way on gravel roads. Then, another 16 miles between each point and back. I just didn’t feel comfortable doing that in Tardis. Maybe another time.