You are here: Home › Dripping Springs
By Pleinguy on December 8, 2015 in SW, Travel

(Baylor Canyon NM)
The Dripping Springs Natural Area is now part of Organ Mountains-Desert Peaks National Monument; along with several other sites in southern New Mexico. It features the ruins of the Van Patten Mountain Camp, the Boyd Sanatorium, and the springs. 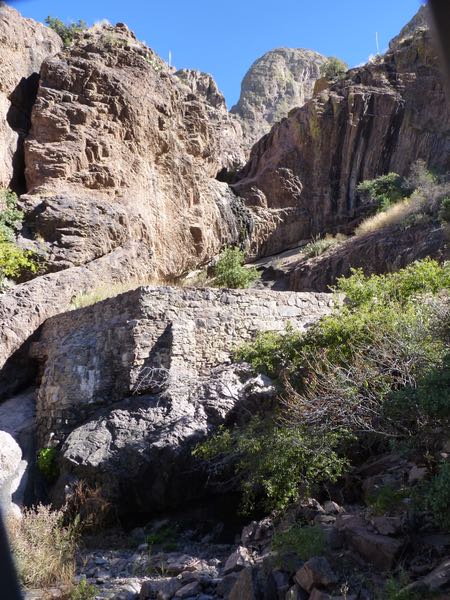 A retaining wall was built below the Dripping Springs to capture the water. A lodge was built at the camp, and it turned into Dripping Springs Resort. The lodge had 16 guest rooms, a large dining room, a concert hall. and a gazebo. It was popular for those escaping the heat during the summer, as it was 2,000ft higher than Las Cruces. 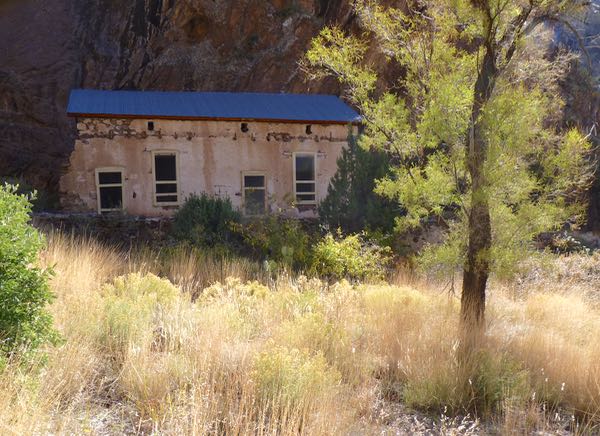 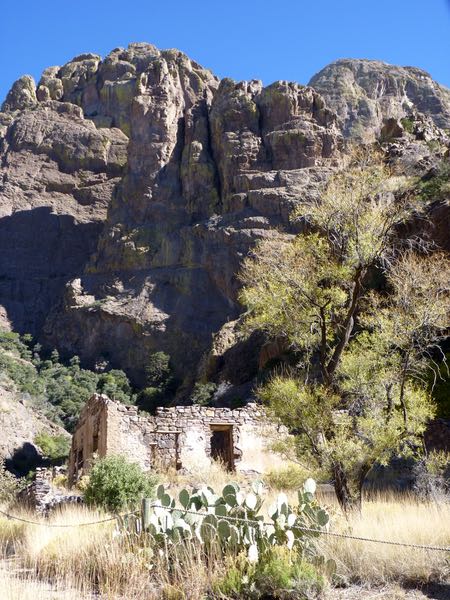 Another part of the lodge

Before getting to the lodge, there was a livery area that had stables, corral, storage, chickens, etc. After the resort closed, Dr. Boyd purchased the property. His wife contracted tuberculosis; so, he created a Sanatorium and built several cabins for patients. 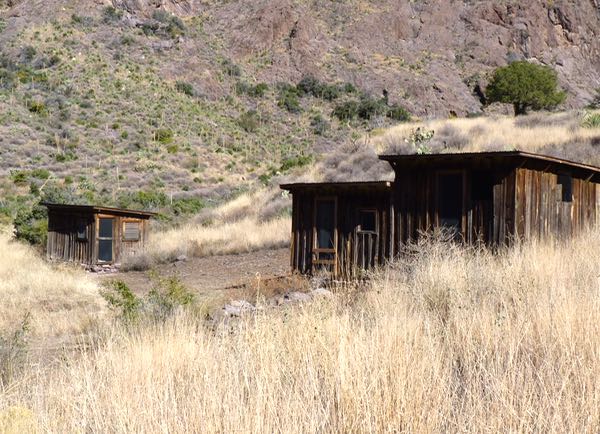 Sheds in the Livery area 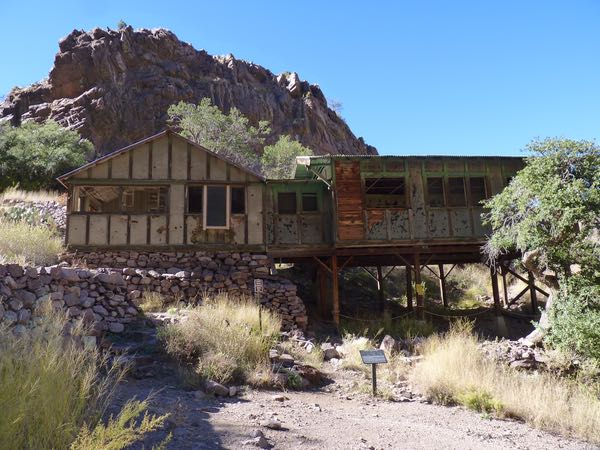 Besides the trail up to the resort, there was one to La Cueva. A large rock formation which had a cave that was once used by natives, and later a hermit. Other trails up into the Organ Mountains could be taken, too. However, I didn’t hike any of those. 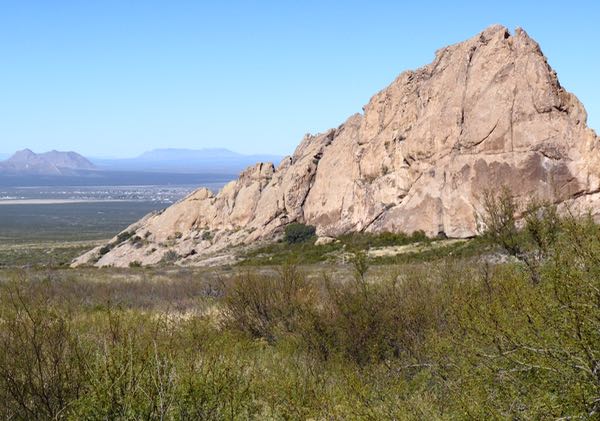 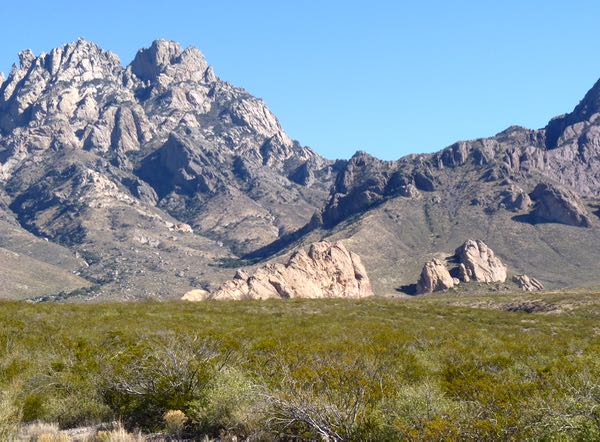 There was a visitor center and picnic area; but, no camping allowed. So, I headed east to stay for free at Oliver Lee Memorial State Park.