(Mesilla NM)
Formerly a part of Mexico, the once border town of Mesilla hasn’t changed much over the years. In the late 1800’s, it was a major trade center and a stop for the Butterfield Stagecoach on its way to San Diego. Its cantinas, saloons and festivals were popular. 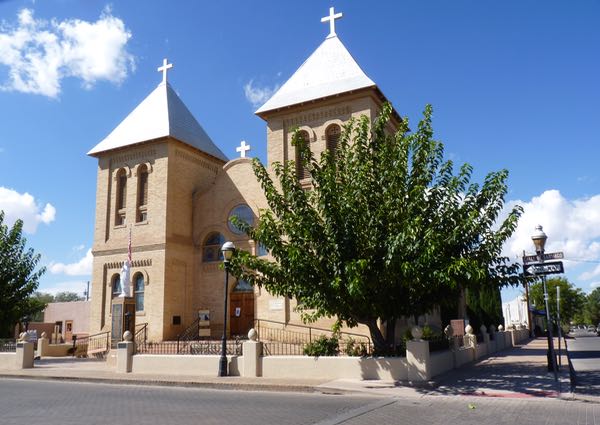 Two battles were fought there during the Civil War, and Mesilla became the capital of the Confederate Territory of Arizona. After the war, the Apache’s often raided the town, so a US Army fort was built nearby. Billy the Kid was tried for murder there, and folks like Pat Garrett, Pancho Villa and Albert Fountain were part of the town’s story. 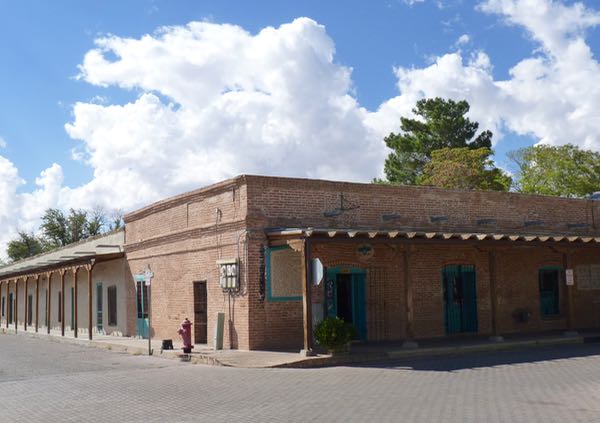 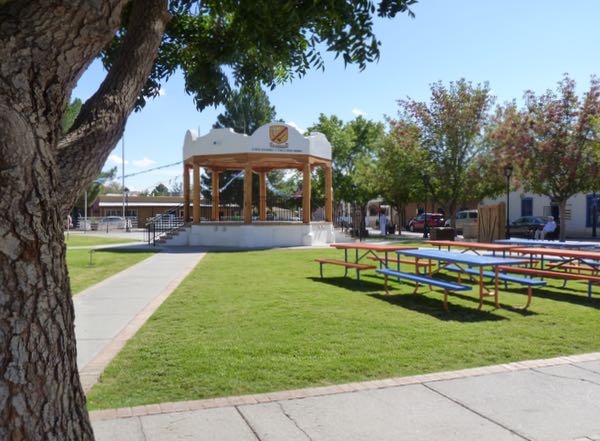 The Plaza, in the center of town, is similar to those found in small Mexican villages; and, much the same as it would have been in the 1800s. At one end, is the Basilica of San Albino built of adobe in 1855, and is still being used today. The oldest brick building in the state sets on one corner. In the center of the plaza, is a bandstand which is used for events. 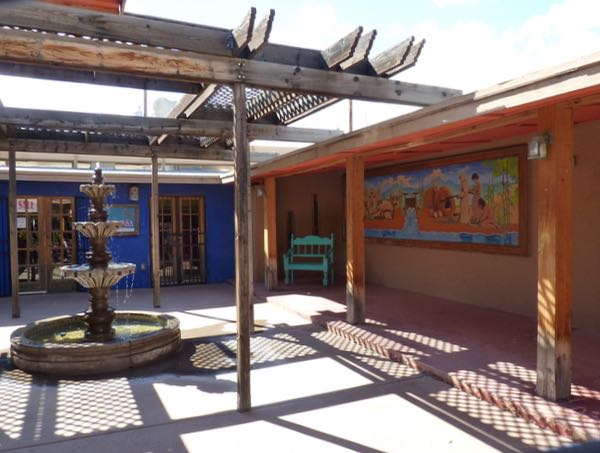 Shops off of the plaza 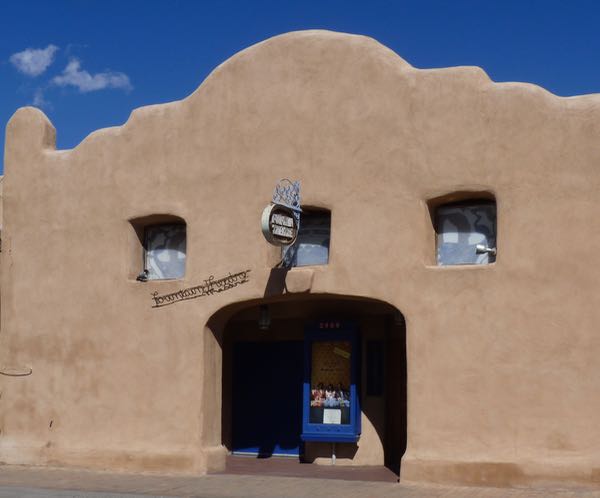 There are restaurants, shops and galleries around the plaza, and the Fountain Theatre has operated since the early 1900s. Surrounding the plaza are many adobe homes that remain from the early days. Except for the electric, paved streets and cars, it felt like stepping back in time. 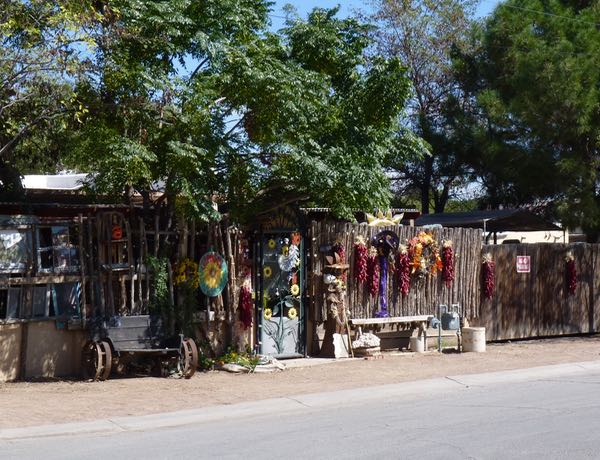 Decorated fence in the neighborhood

After the visit, I went into Las Cruces to re-supply, and to get an oil change for Tardis. Then, I traveled north to camp for free next to the Rio Grande at Percha Dam State Park.