(Arrey NM)
I have often camped at Percha Dam State Park, usually taking a spot overlooking the dam and river. It’s a quiet place, and seldom are other campers found in that drycamp area. However, never have I seen water flowing over the dam. Only a small amount coming through the gates, like in the first picture. 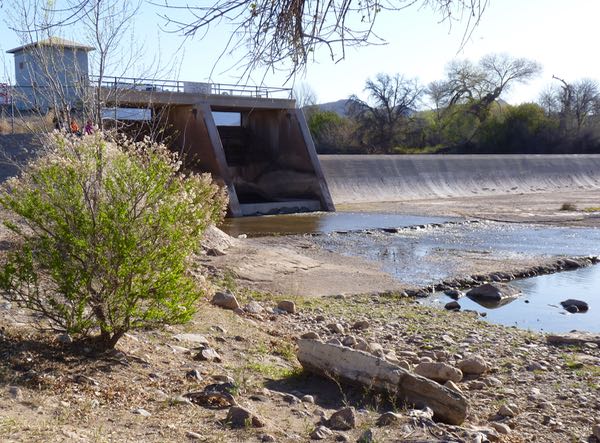 But this time, I noticed it was more than normal, and increasing. So, I asked the camp host about it. She said, on that day, they would be releasing water from the reservoir upstream. Sure enough, the flow continued to increase through the day. You can see in the second shot, that there is more coming over the first drop. 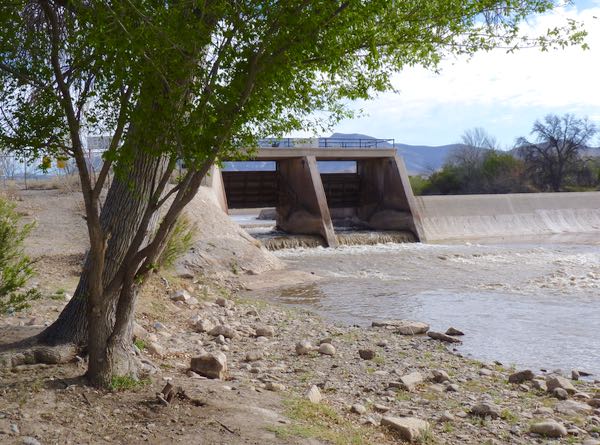 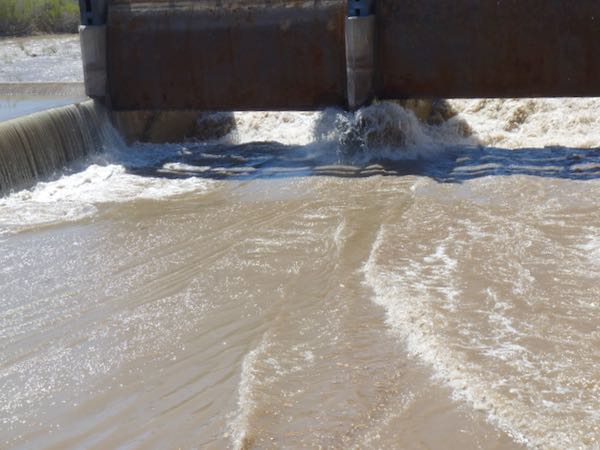 From Above Dam into Gates

As it continued to grow, I went to the top of the dam for a look. It was now rushing down through the gates, and creating quite a commotion. On the down side, the water began to tumble, and at times got quite violet. Boy, was that exciting! The bottom portion of the concrete dam changed color; I assumed from seepage, as it is very old. Here and there, water splashed a little over the top. Look closely for the drips. 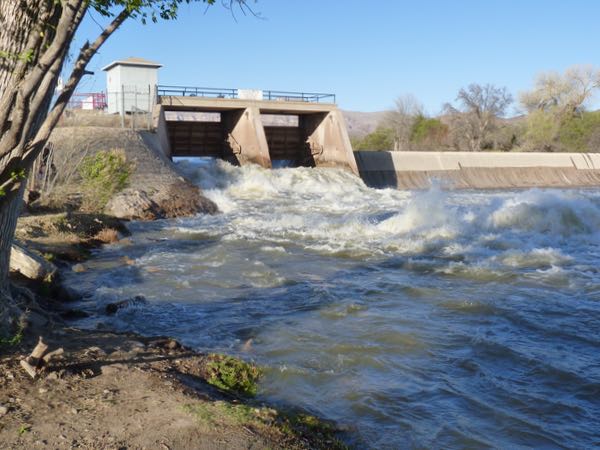 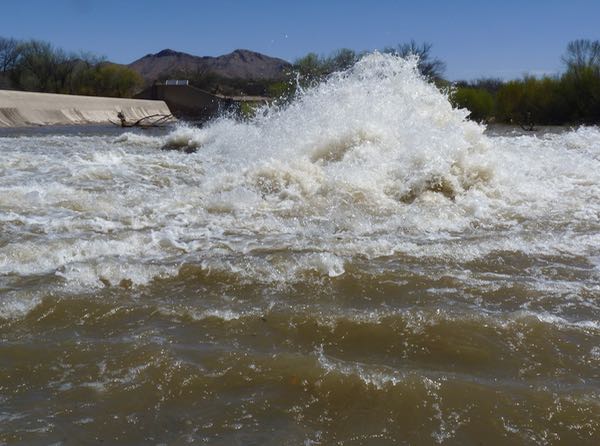 Could that mean I would soon see water over the dam?. The next morning a small amount did seep over the top; but dried quickly in the sun. A ranger told me that after a month, the gates would be closed, and then it would cascade over the top. To see it, I would need to return. 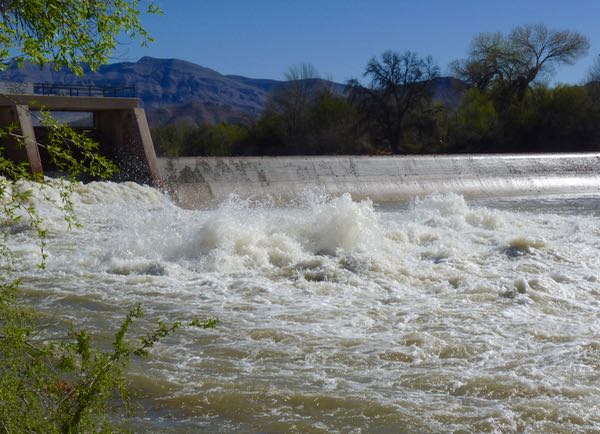 Water Over the Top, Slightly 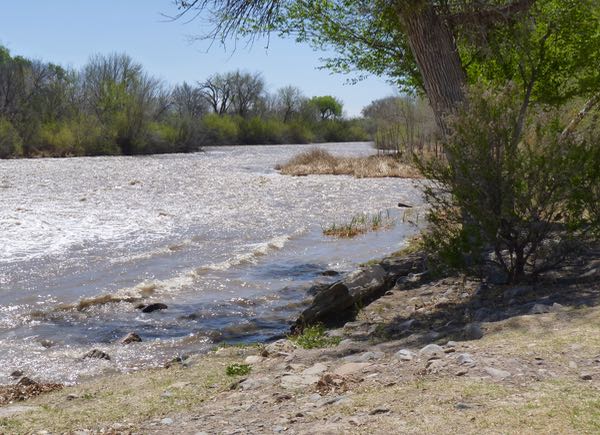 This water was headed down the Río Grande toward Texas and Mexico. Later, the gates would be closed and the water diverted into irrigation canals. I will have moved on by then. The next time I’ll know when to arrive in order to see the water cascading over the dam. Early May should be just about right. 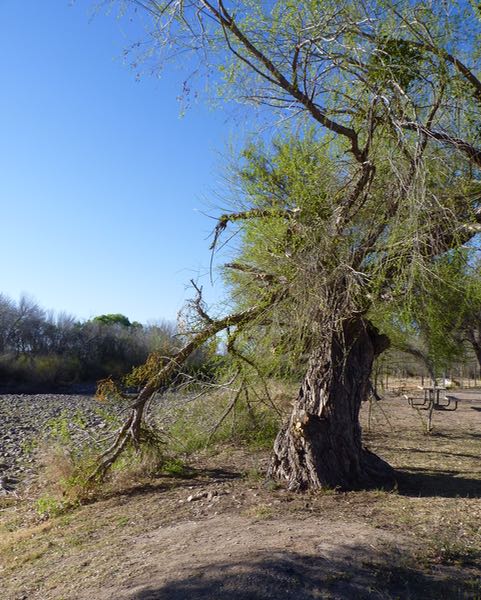 For now, it was enough to see water, water, everywhere. The last photo shows what the river looked like before the release. I could have easily walked across to the other side without getting my feet wet.