(Cascade CO)
My route took me around Pikes Peak, allowing me to see it from the west, north, and east. All viewpoints were at a distance, so it didn’t seem much different than the other mountains near it. 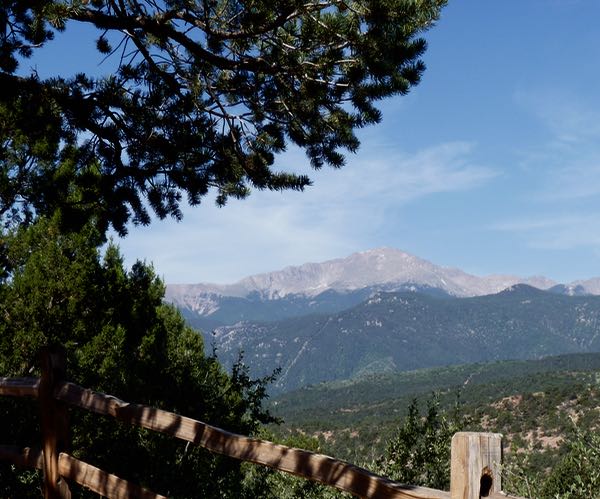 Pikes Peak from the East

Considered taking the cog rail train to the top; but, it was booked solid for weeks. Driving the steep, winding, tollroad up, was not a good option. I felt it would be too much of a strain on Tardis. 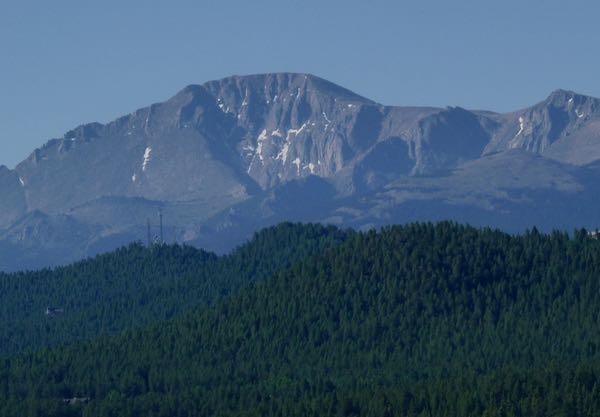 North side of Pikes Peak

So, I settled for a few photos from afar. Had I come earlier in the spring, it would likely have been snow capped. Such views would have properly shown off its 14,115ft height. 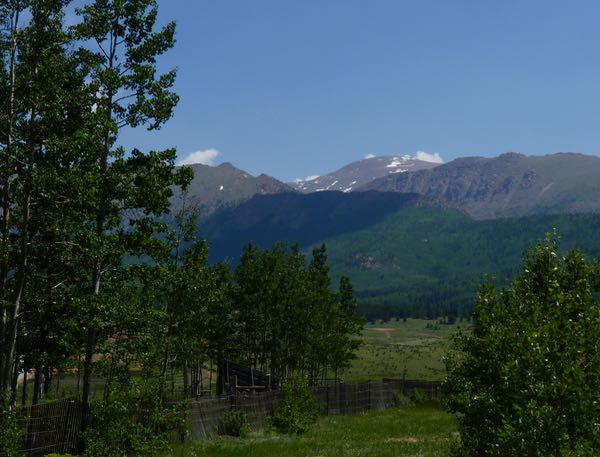 Pikes Peak seen from the West

While not the tallest or most impressive peak in North America, it is one of the best known. Although I was disappointed to miss riding the train up to the top, I was still glad to have seen “America’s Mountain”.