You are here: Home › North Shore Waterfalls
By Pleinguy on September 27, 2016 in MW, Travel

(Grand Portage to Castle Danger MN)
On the Minnesota side of Lake Superior was the North Shore Scenic Highway. Along the way, there were several waterfalls which I stopped to see. Some were more grand than others. But, all nourished my thirst for the excitement of tumbling waters.

Starting at the border with Canada, I hiked an easy trail along the Pigeon River to find High Falls. It was an impressive double fall. Another one, called Middle Falls, was a 3 1/2 miles round trip hike; which I chose to skip. 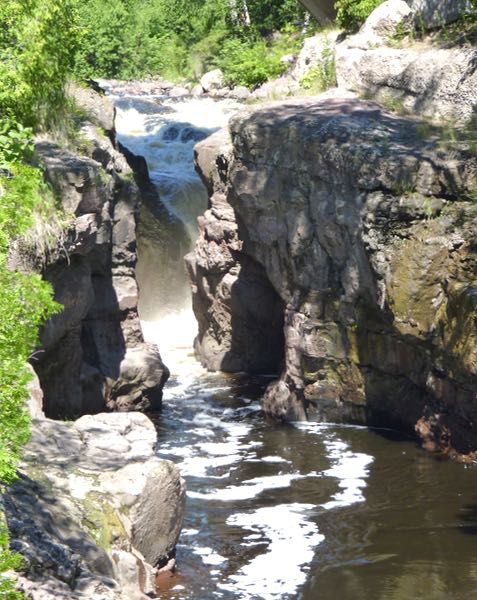 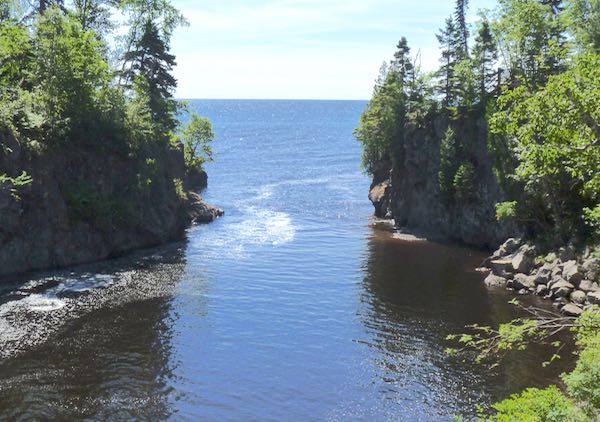 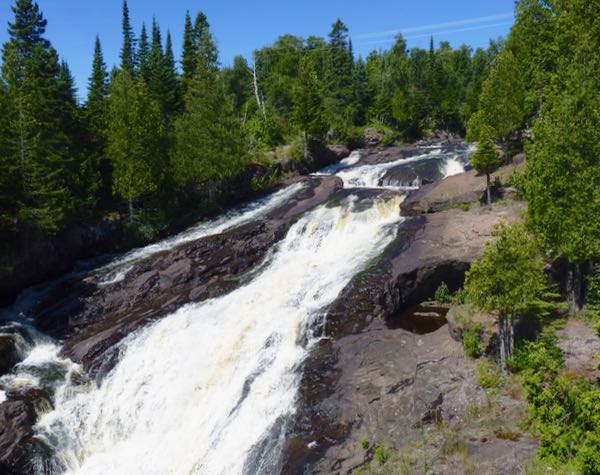 Temperance River Falls pored through a narrow slot and formed a pool before emptying into Lake Superior. While Cross River Falls was a large roaring drop. Glancing off the side of the road I saw Two Island Cascades; so, I pulled off to get some shots. 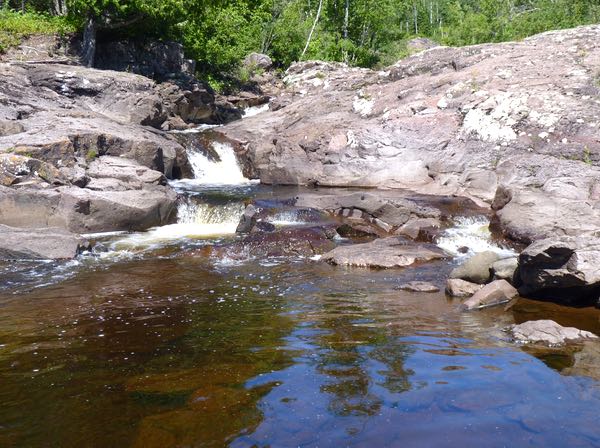 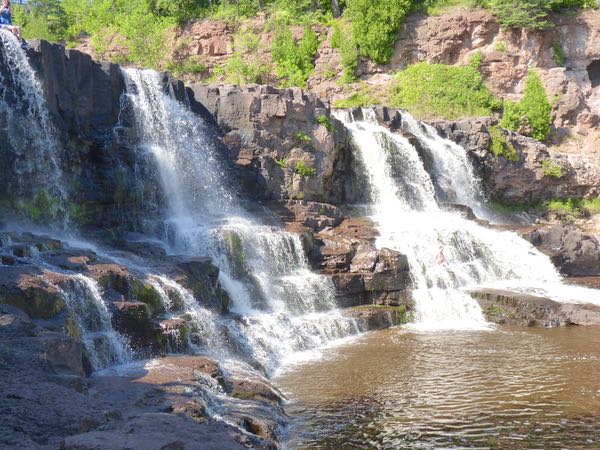 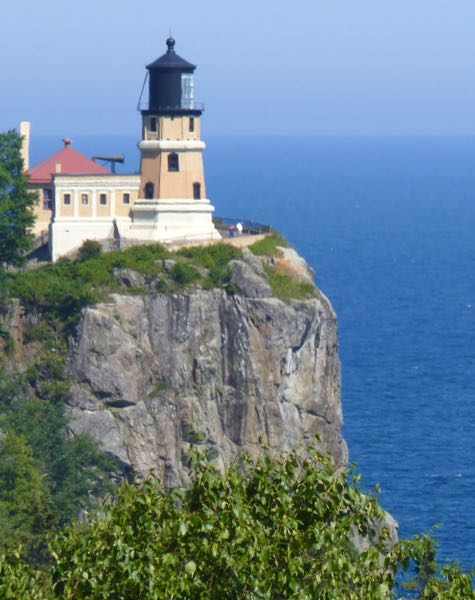 Another hike took me to Middle and Lower Falls of the Gooseberry River. And nearby, an overlook pull-out got me a distant view of Split Rock Lighthouse on a cliff above Lake Superior. Lots to see on the North Shore, and I’m sure that I missed some good ones.