(Glamis CA)
The Imperial Sand Dunes extends 40 miles long and up to 10 miles wide, covering 1,000 square miles, from around Niland CA to the Mexican border near Los Algodones. That makes it one of the largest OHV areas in the United States. 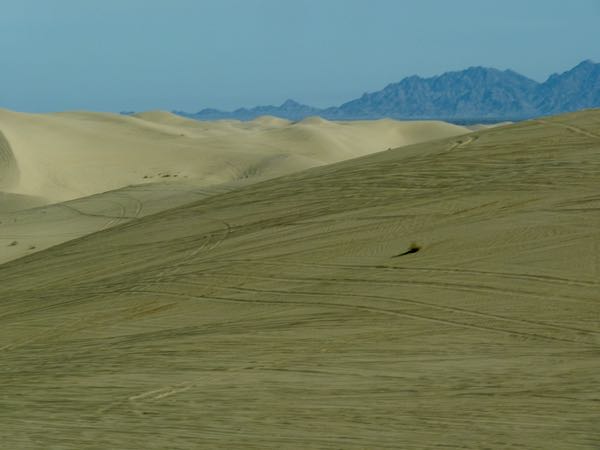 I passed through the dunes on CA-78 while headed to my next camp. These photos were taken from looking out the window while driving by. There were scads of RVs camped, and hordes of ATVs challenging the high sand drifts. No way would I stop at a place like that. But, it looked like it would be a blast! 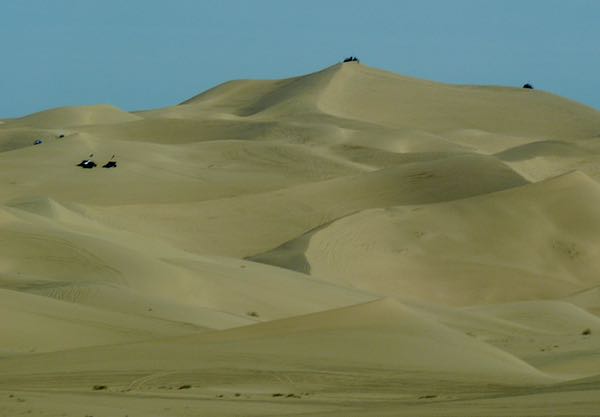 ATV’s all over the dunes 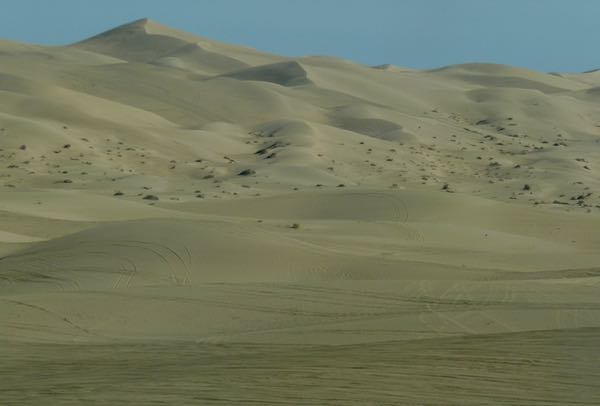 Miles and miles of sand

My camp was near the Tumco ghosttown site next to the Cargo Muchacho Mountains. There were only four other rigs, which were very far apart. Most campers choose the area further south toward I-8. I’m so happy about that, as it keeps it quiet. 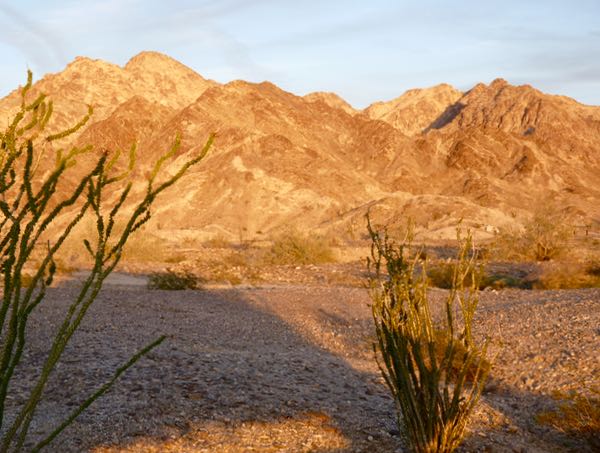 Rain was in the forecast, followed by hotter temperatures. So, I only stayed for a couple of days before moving on.