(Villanueva NM)
My campsite was right next to the Pecos River while at Villanueva State Park. I really like that park, as it has always been quiet. The one drawback was no internet signal because of the canyon walls on both sides. 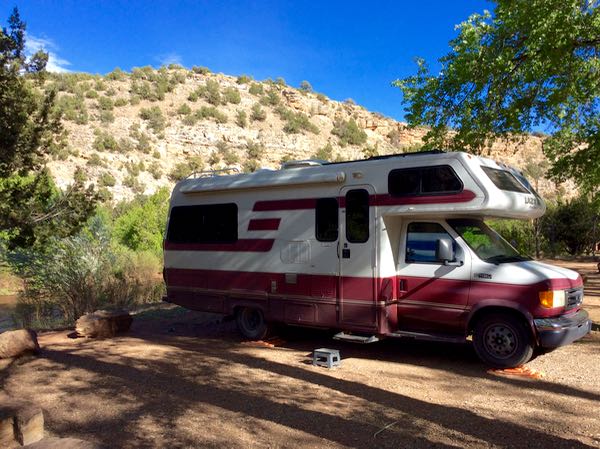 I walked around taking photos and feeling the urge to hike. However, I didn’t want to go hiking to the top of the mesa this time. Instead, nearby my site was the River Trail, which was just a 1/2 mile round trip. I had forgotten how pretty the scenery was along that easy path. 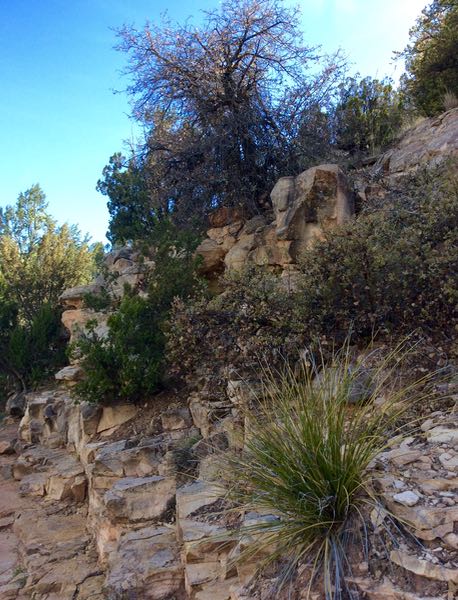 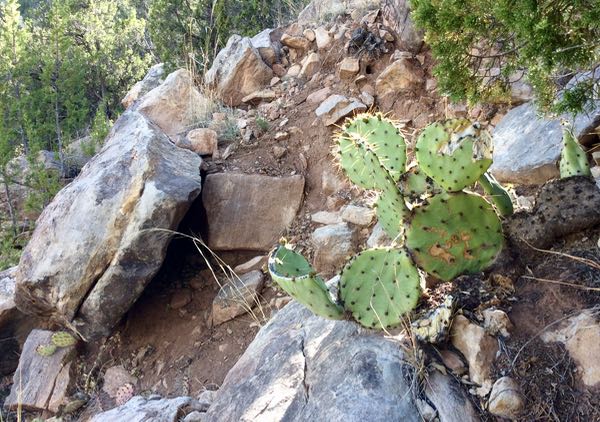 Cactus by the Trail 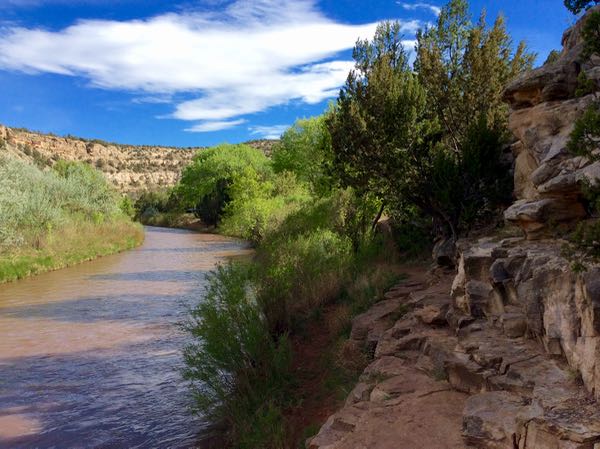 Looking back at the Ledge

A rock ledge needed to be traversed first, and then there was lots of vegetation along the river’s edge. The trail went to right against the river bank, and the flow was pretty high and swift; so, I needed to be careful and watch my step. 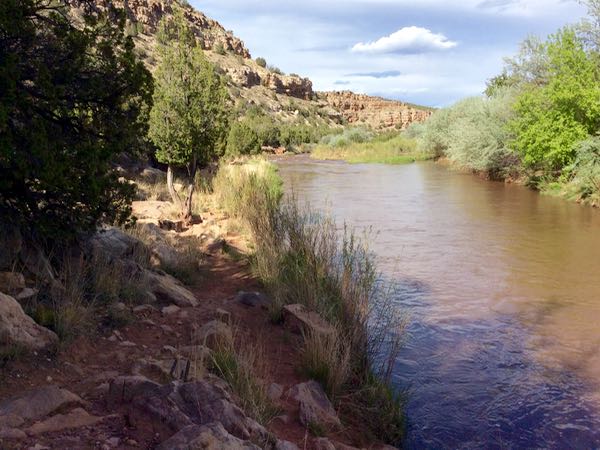 Trail by edge of the River 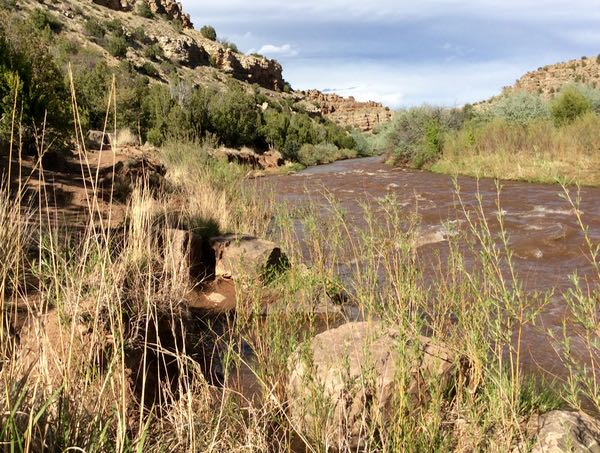 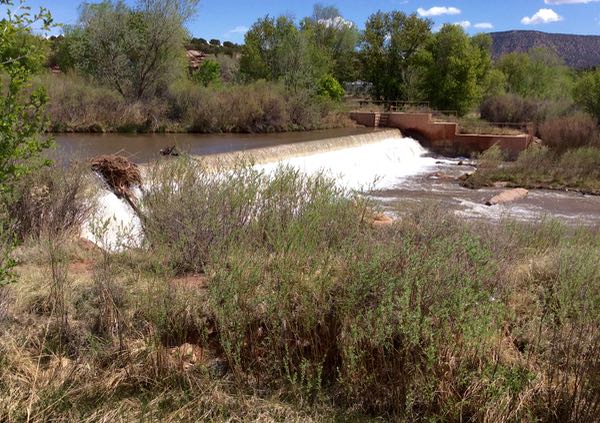 Dam on the Pecos River

The road into the park crossed the river a couple of times. There were some nice spots for photos, but few pullouts. I did get a shot of the water coming over a small dam, though. It was another very pleasant stay at Villanueva State Park.