(Aztec NM)
Outside of town, over 300 natural sandstone arches have been documented; aka the Aztec Arches. Chances of finding them without a guide would be slim; as they were usually tucked away behind other elements. So, I picked up a map from the Visitor Center in town. 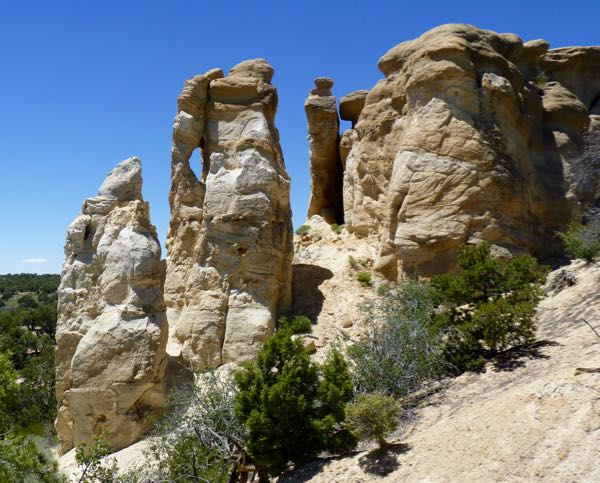 Many are located down dirt two-track roads used by the natural gas miners. The more distant ones would best be accessed with a high clearance 4-wheel drive, like a Jeep. However, some would be visible only a short walk from the highway. 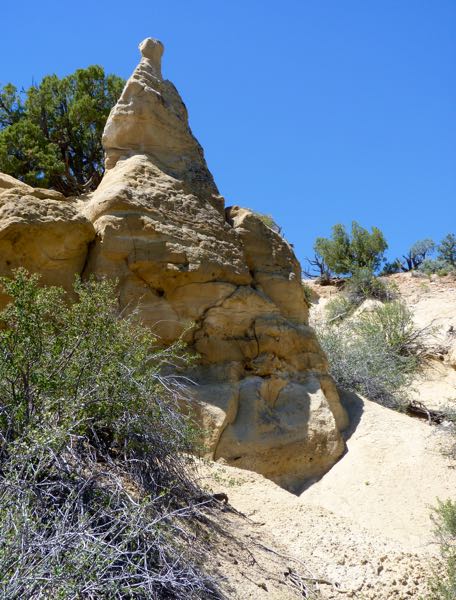 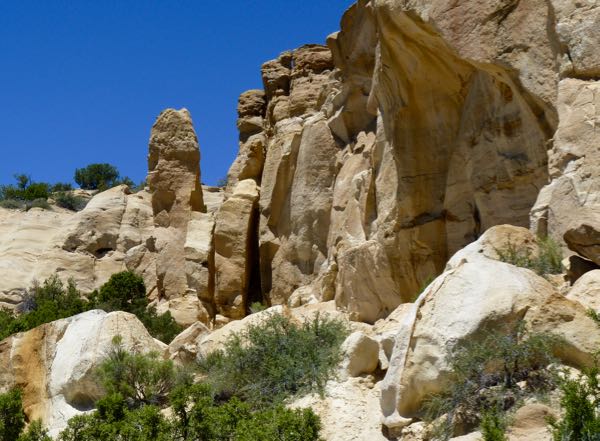 I had little luck finding arches. But instead, found some interesting rock formations. Hence, the name of this post was changed. I rode my fat eBike for some of the more distant ones. Alas, I failed to check the battery state before heading out; and of course, it cut off without enough juice when I was over a mile out. 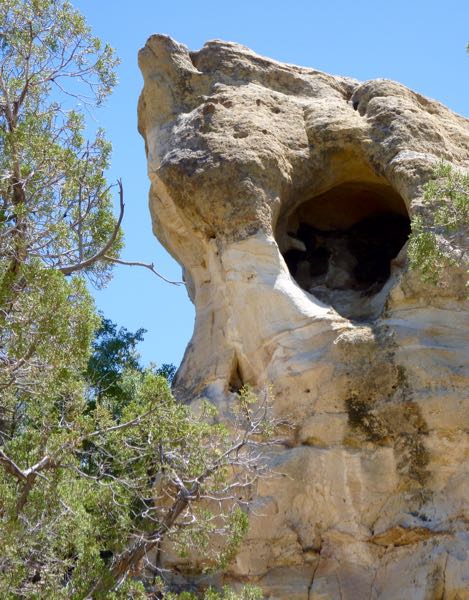 Hole in the Rock 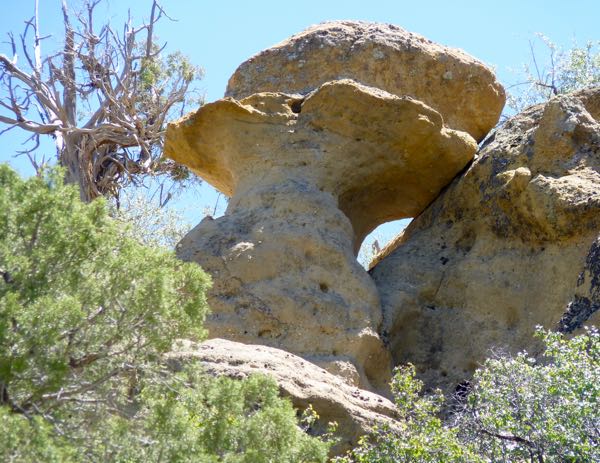 Pushing the bike up sandy hills returning to Tardis was not fun. After a day of hiking around looking for arches, I stopped in town at the Vanilla Moose for an ice cream sundae, ahhh.