(nr Taos NM)
Since it was not too far from my camp, I decided to run over to take a look at the Río Grande Gorge Bridge. There was a good parking and picnic area on the west side. Some vendors were selling their wares along the side of the highway. 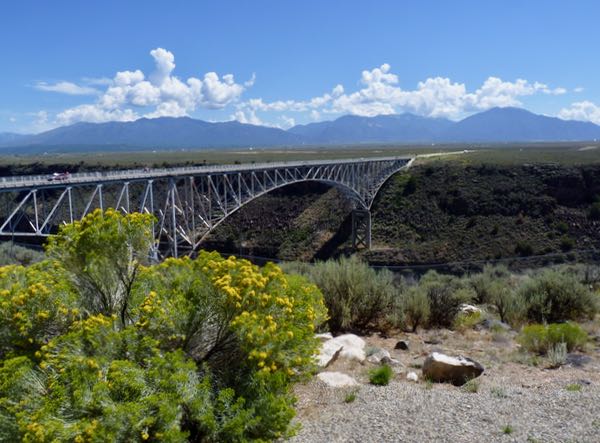 The gorge could best be seen from the bridge where sidewalks led to a couple of viewpoint spots. You could look north or south, or straight down to the river about 565ft away. It’s the 7th tallest span in the country. At 1,280ft long, including approaches, it was voted ‘Most Beautiful Steel Bridge’ in 1966. 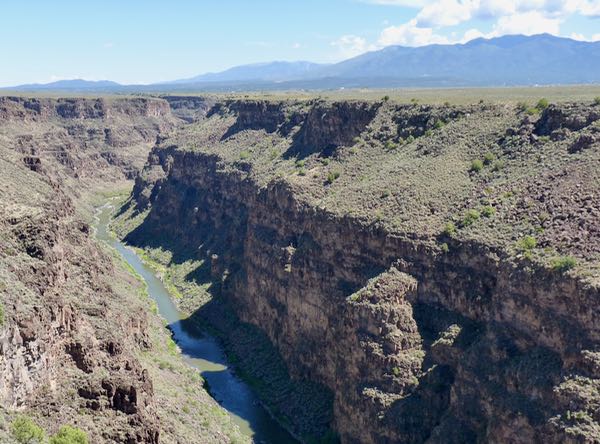 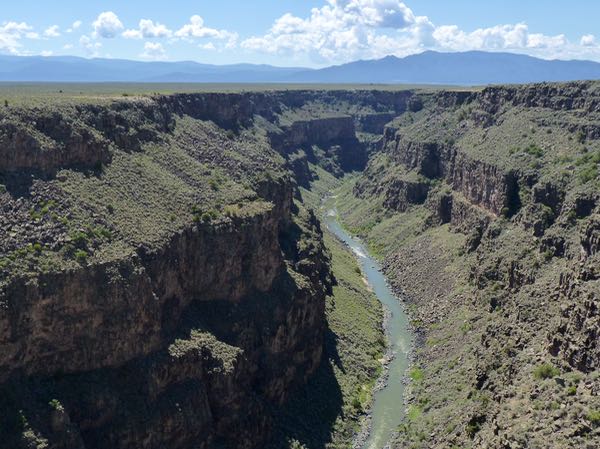 The bridge has appeared in several films, and is a popular tourist stop about 10 miles west of the artist mecca of Taos. There wasn’t much to do, so I didn’t stay for long.