(Socorro NM)
The Socorro Plaza was a welcome respite of shade, green grass, walkways, and resting benches. A gazebo/band stand was the centerpiece in the small park. The surrounding streets held shops, an art gallery, and the Capitol Bar from 1896. 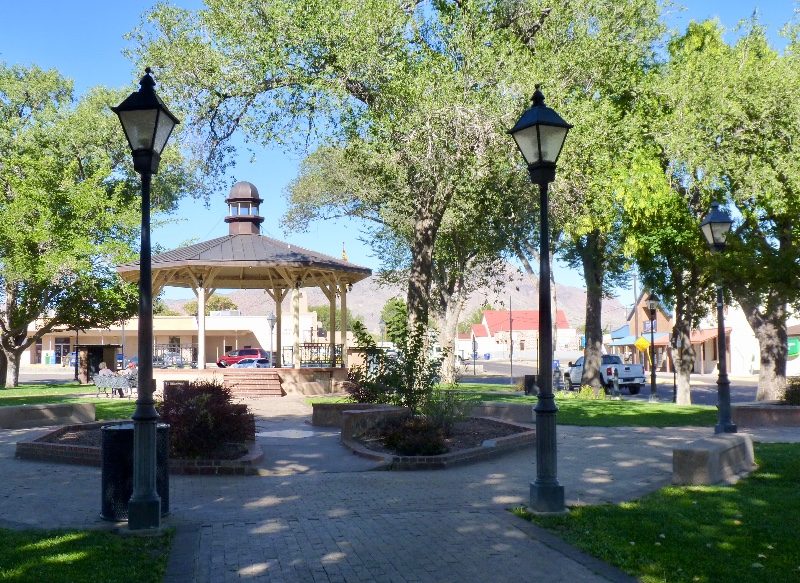 An extension to the south included a Veteran’s Memorial and a playground with a military theme. Each branch of the military was recognized, and locals that died while serving were remembered. There was also a fragment of the casing for the A-bomb exploded at the Trinity Site. 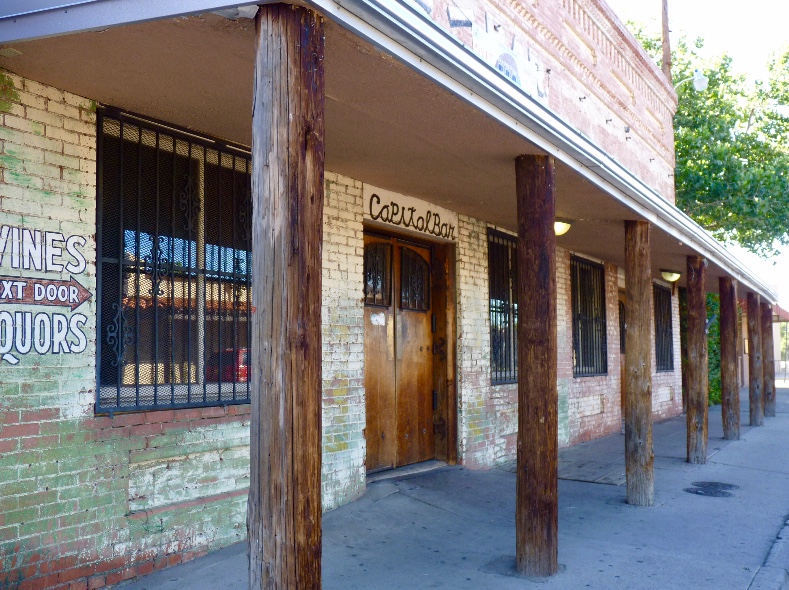 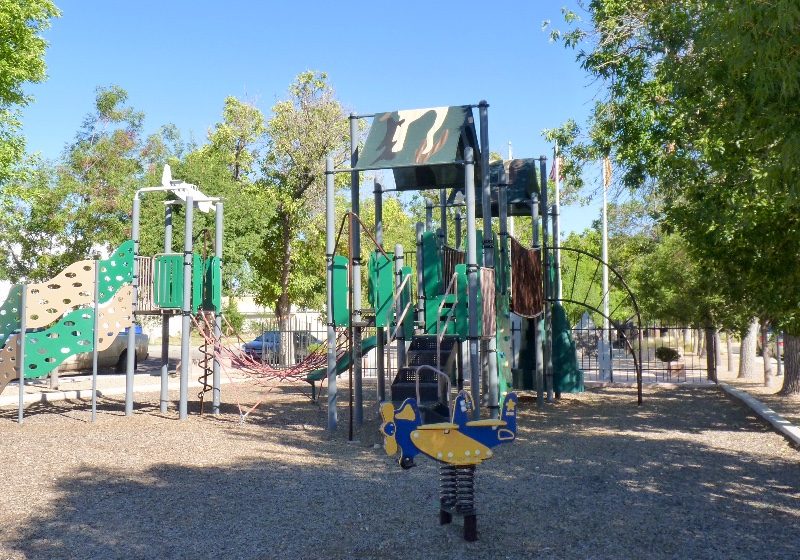 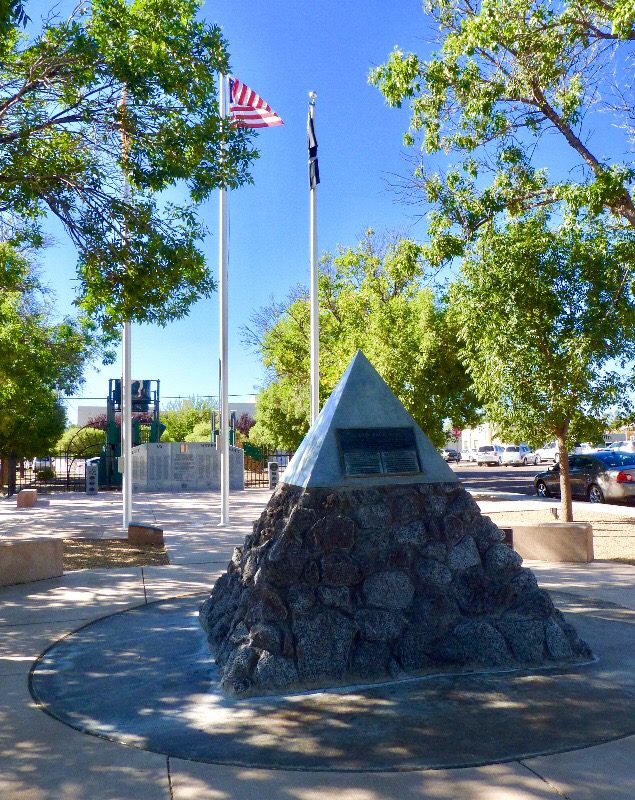 Another portion went north and included the Heritage Park with a large Wheel sculpture depicting important events. Hand painted tiles by locals were on display. At the end was the Juan José Baca home and store built in 1870. It is now a restaurant. 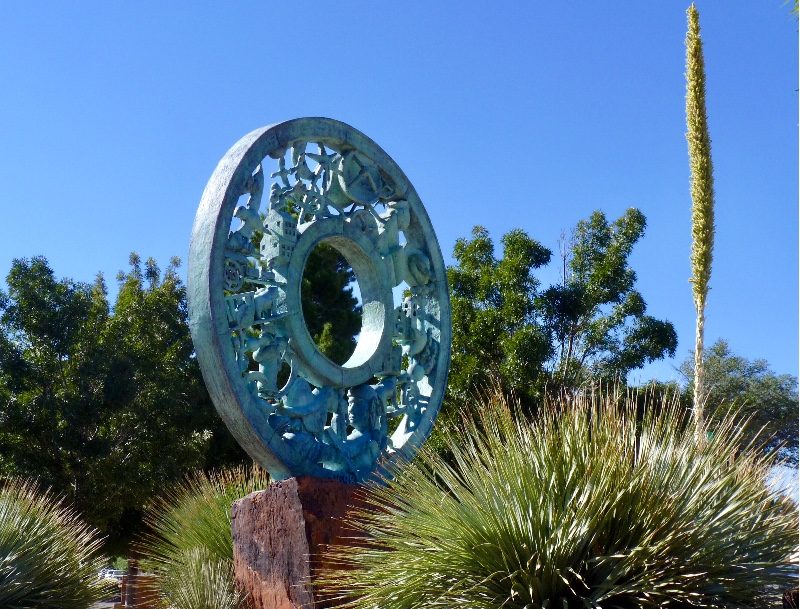 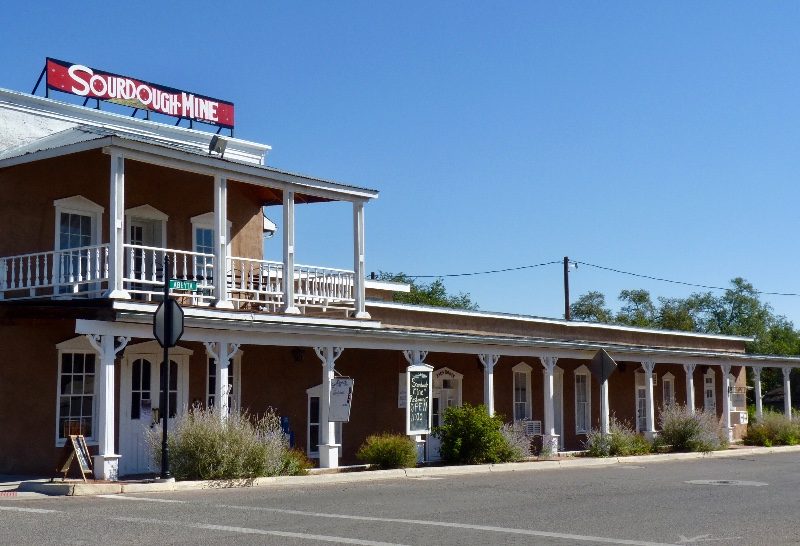 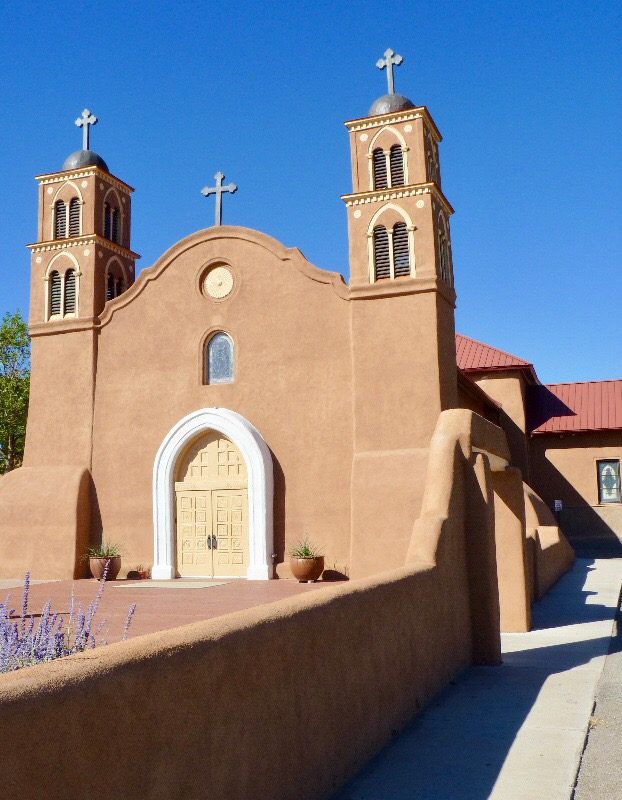 About three blocks north of the plaza, was the San Miguel Mission, founded in 1615. The original plaza would have normally been near the church. But, I believe the Piro native village was likely around the chapel. The plaza and surrounding features provided a relaxing and interesting stroll.