(Abíquíu NM)
The ruins were a hike of about 1/2mi from the parking lot up a narrow trail to a large meadow atop a bluff 220ft higher. From there, one could see the Río Chama, and distant Ortega Mountains. 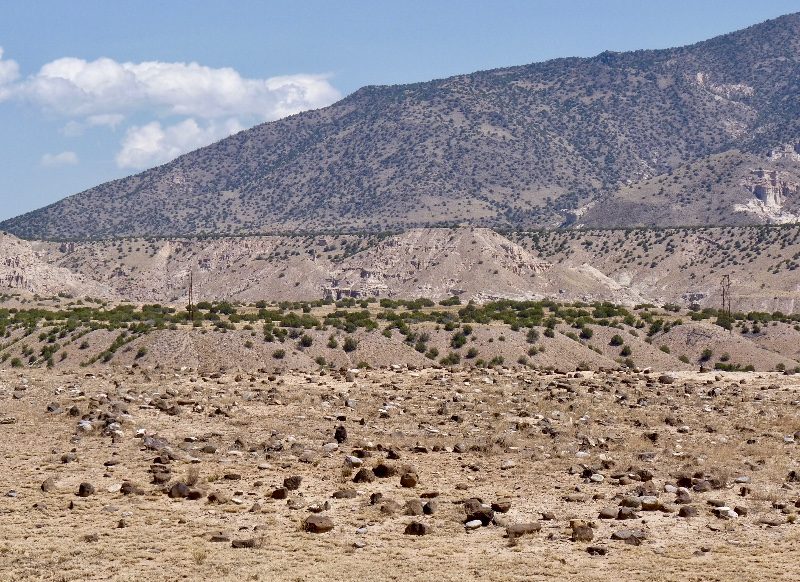 P’oshu’owingeh Ruins – Across the Site

All that remained were rocks scattered about, somewhat aligned with former walls. A great deal of imagination was required to see the once proud pueblo of over a thousand natives that once lived there. 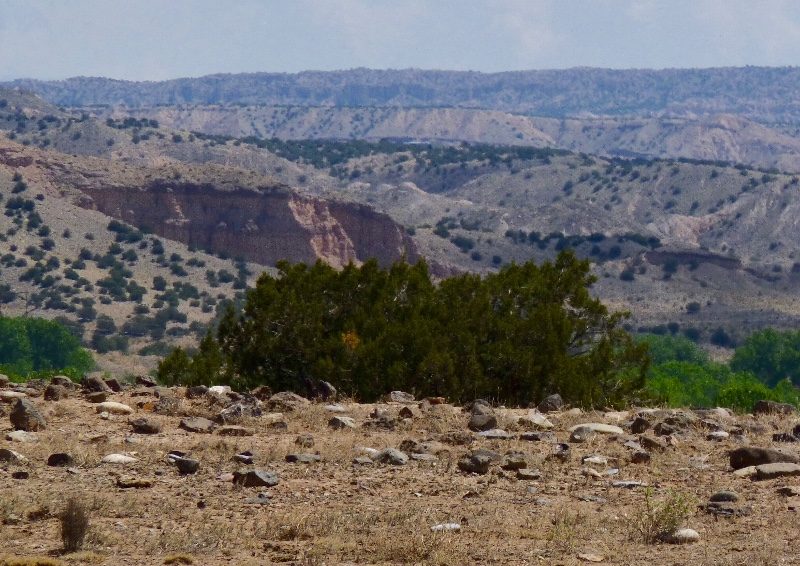 Rubble on the Bluff 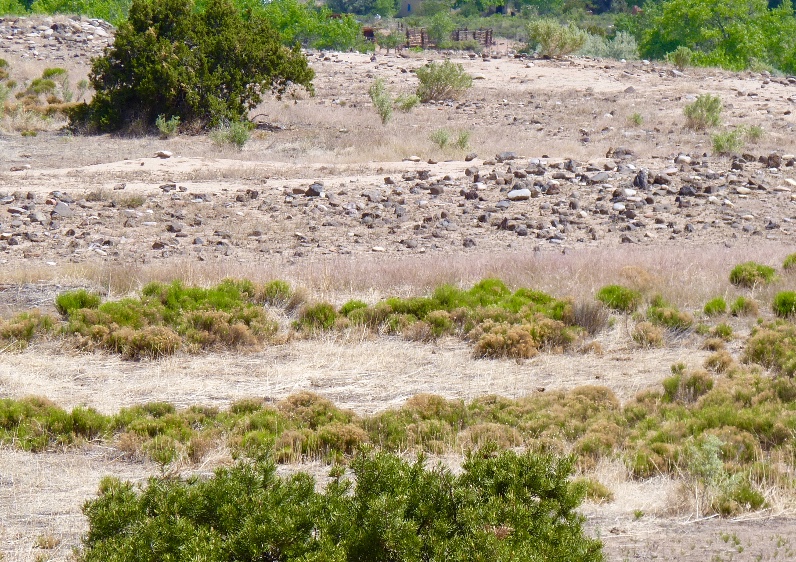 View of Two Wings of the Pueblo

In the 1400s, the stone and adobe buildings reached three or four stories high, with over 700 rooms surrounding a large plaza with a kiva. Most activities would have taken place in the center. 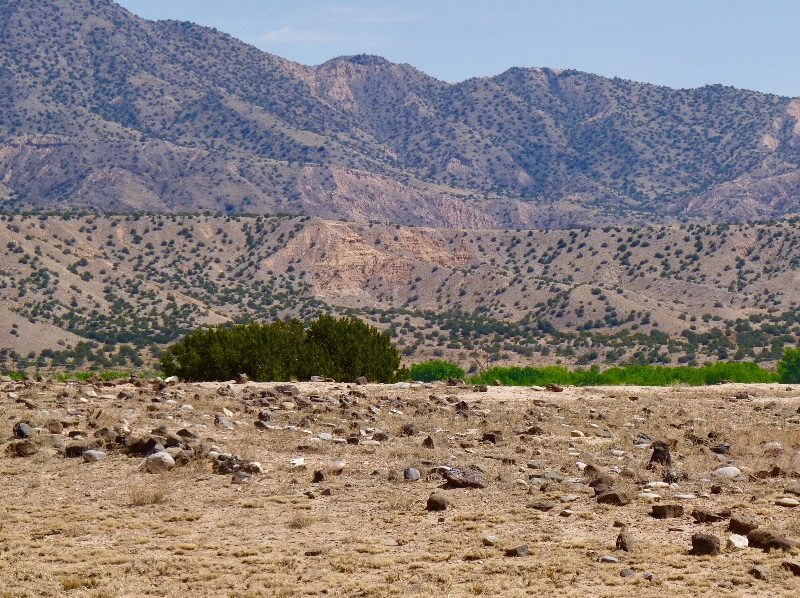 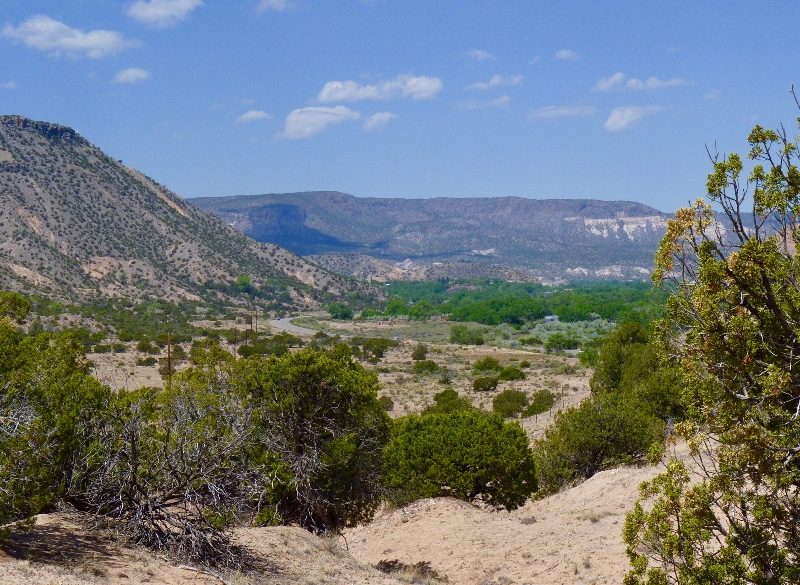 Looking Out toward the Mountains

Crop fields next to the river, small gardens around the outside of the buildings, and wild game in the mountains would have provided ample food. Nearby Tewa tribes claim it as one of their ancestral homes. A part of history that has almost disappeared.