(nr Hopewell Lake NM)
Along my route north was said to be Placer Creek Falls, a pretty double-drop waterfall. It was near Hopewell Lake, and a short way off the highway down a gravel road; which was gated and closed for elk calving season. 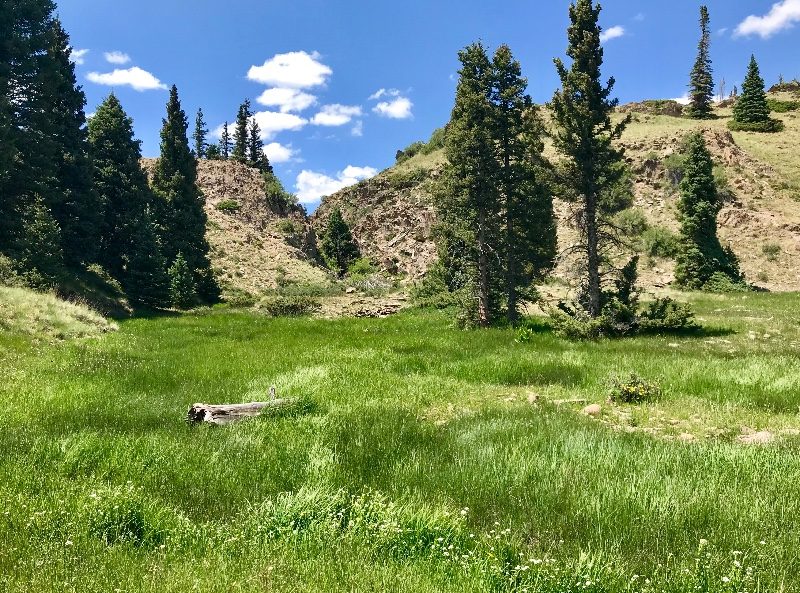 Fortunately, hiking in was still allowed. Since the creek was only supposed to be about 1/2 mile, I ventured forth. It wasn’t long before finding the path aside the creek that led to the falls. You could see the gap in the cliffs where the drops likely flowed. 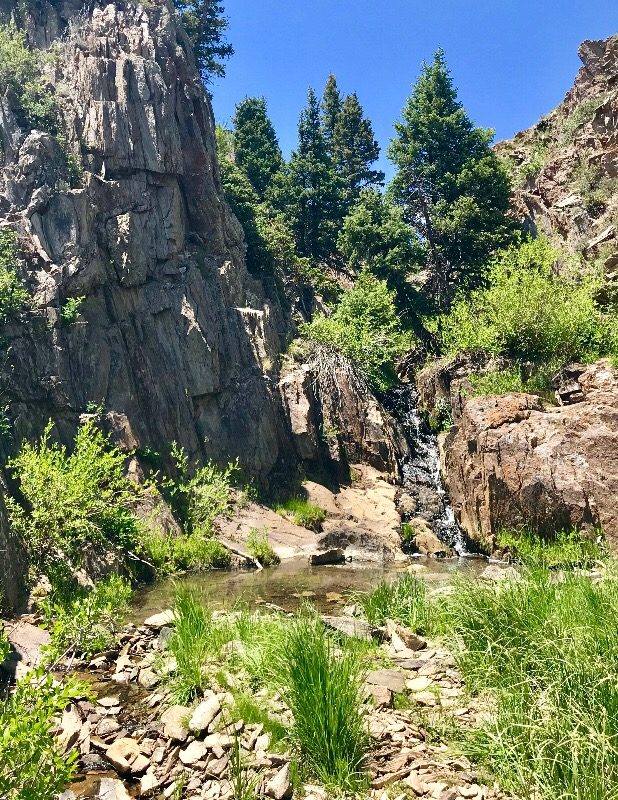 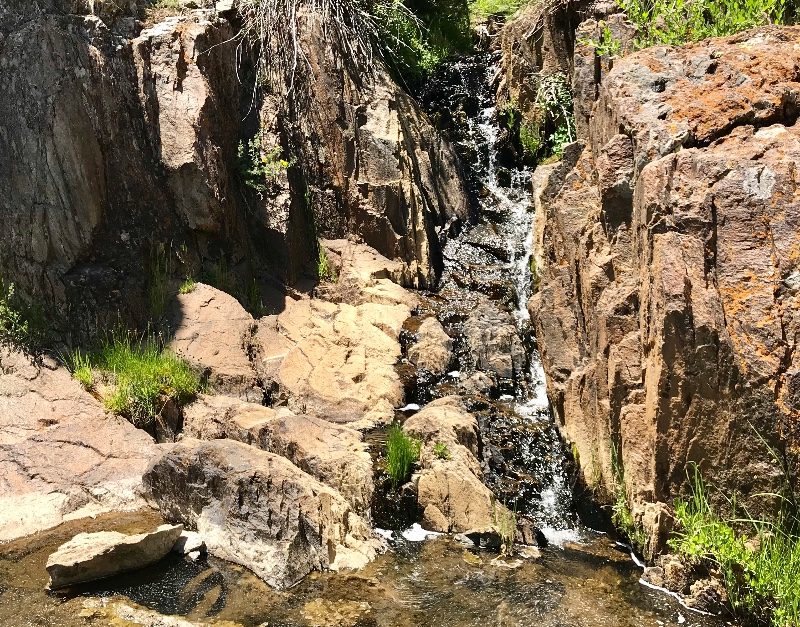 The first fall was soon spotted after crossing a watershed area around the depleted stream. There was only a small flow of water, due to the extremely dry season this year. A quiet pool at the base, with lots of vegetation, made a pretty scene. 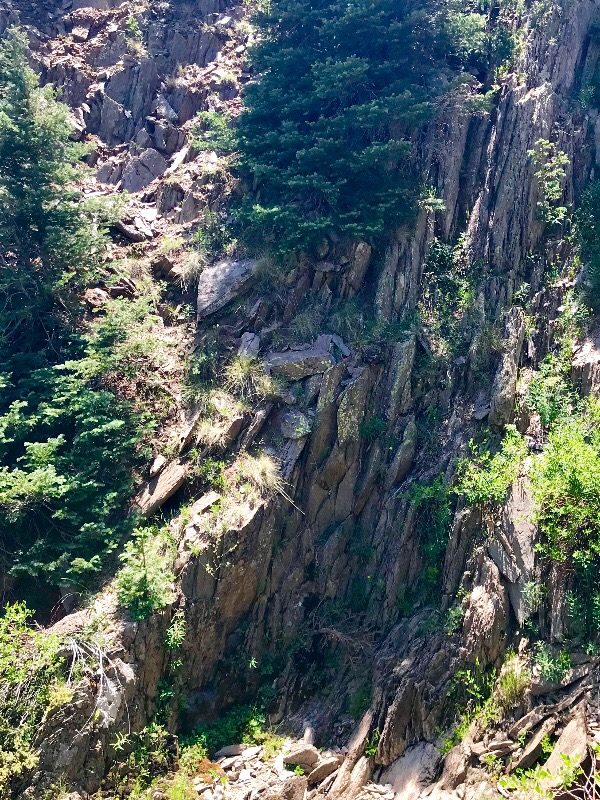 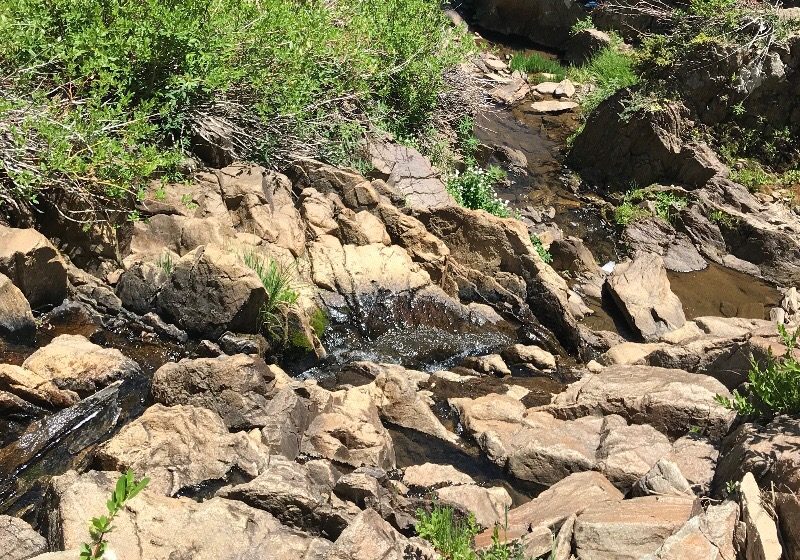 Surrounded by rugged cliffs, and some loose rocks on both sides, it took careful climbing to get up to the next portion. And yes, there was another drop and little pool. Plus, a bonus third drop a bit higher still. 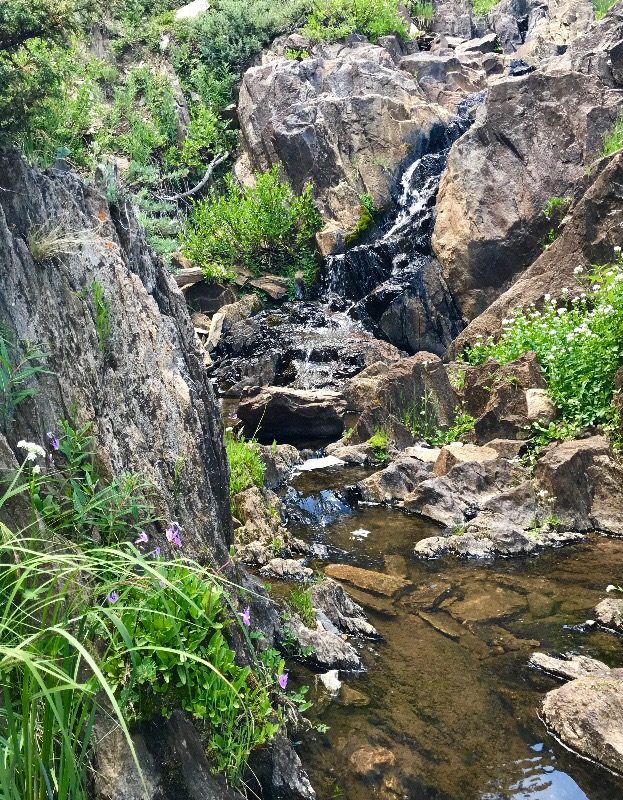 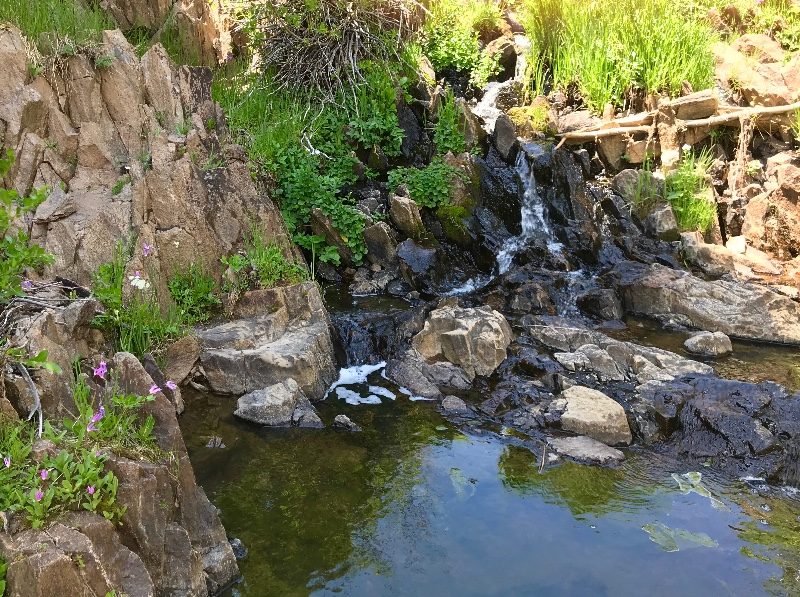 I suspect the top two drops appear as one when the water is flowing strongly. To see that, one needs to come in late April or early May after a wet Winter. There could still be snow at that time, or at least plenty of mud. Perhaps difficulty approaching across the wetland at the bottom. 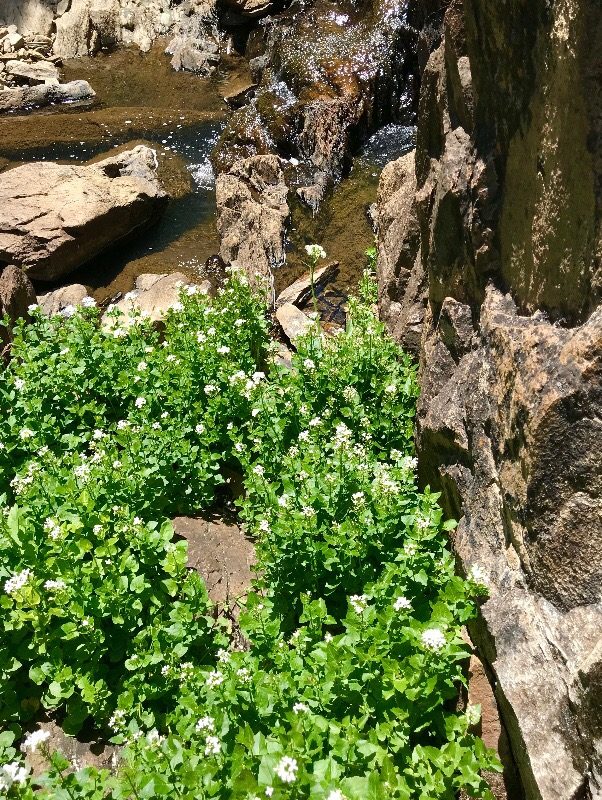 Wildflowers by the Falls 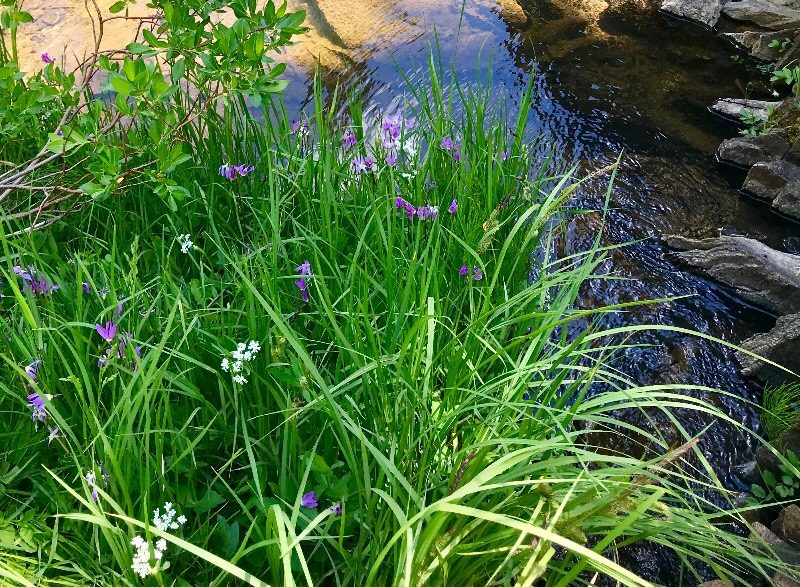 More Wildflowers Next to Pool

There were also some wildflowers growing around the moist pools. I almost didn’t go because it had been so dry. However, I was camped nearby and it rained a little the day before. So, I did get to see the falls ever so slightly.