(Alcalde NM)
The monument recognizes the first Colonial Spanish governor, a conquistador Juan de Oñate of New Spain (now Mexico). Nearby in 1598, he established their first settlement in New Mexico. Later, the government center was moved about 15 miles south at Santa Fe for better access to trade routes and the Camino Real. 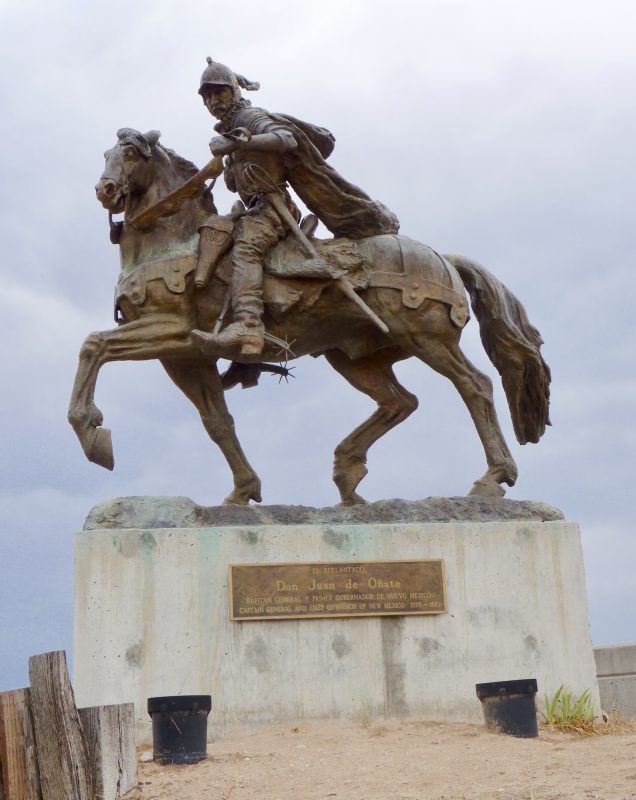 He had a reputation of being brutal… One story goes that he ordered the left foot of all men 25 years and older of Ácoma natives amputated after daring to rebel against the invaders. His tenure was short lived, as soon afterward, he was replaced; arrested and returned to Mexico for prosecution. 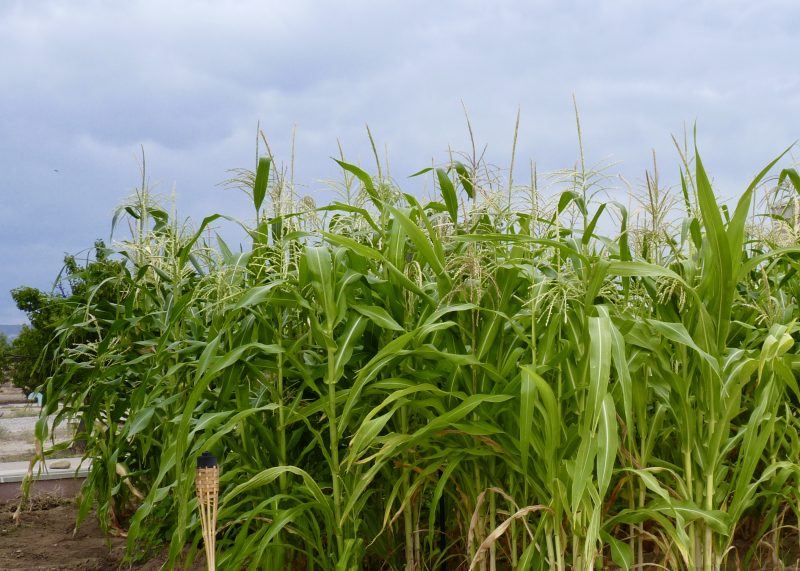 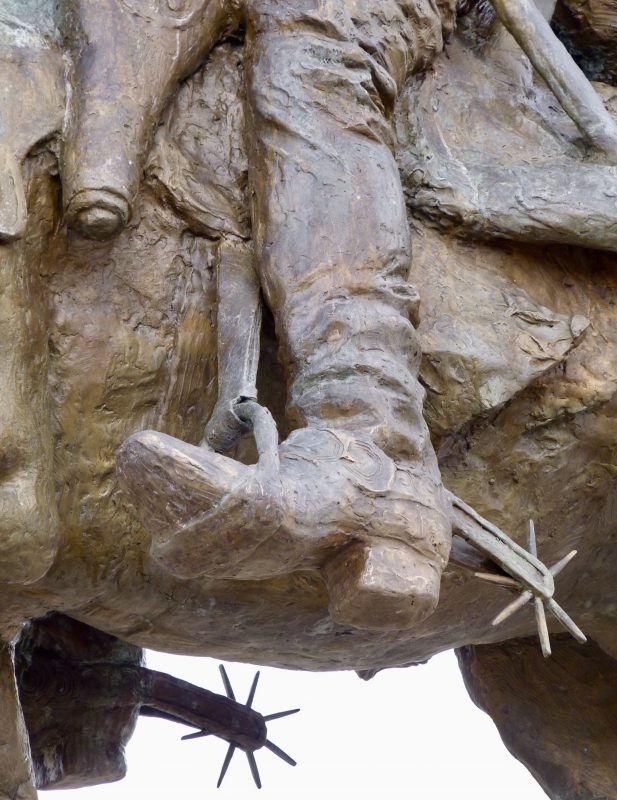 In the recent past, someone cut off the left foot from the Oñate statute in protest. My photos showed the damage had been repaired. On the day I was there, the Visitor Center was closed. It would have told the story of the first Spaniards in New Mexico.