You are here: Home › Vietnam Veterans Memorial
By Pleinguy on August 31, 2018 in SW, Travel

(Agua Fría NM)
The Vietnam Veterans Memorial began as the Peace and Brotherhood Chapel built to honor a son killed while serving in Vietnam. Over the years, the park was enlarged with other features added. It eventually was acquired by the Disabled American Veterans, and then transferred to the state of New Mexico. 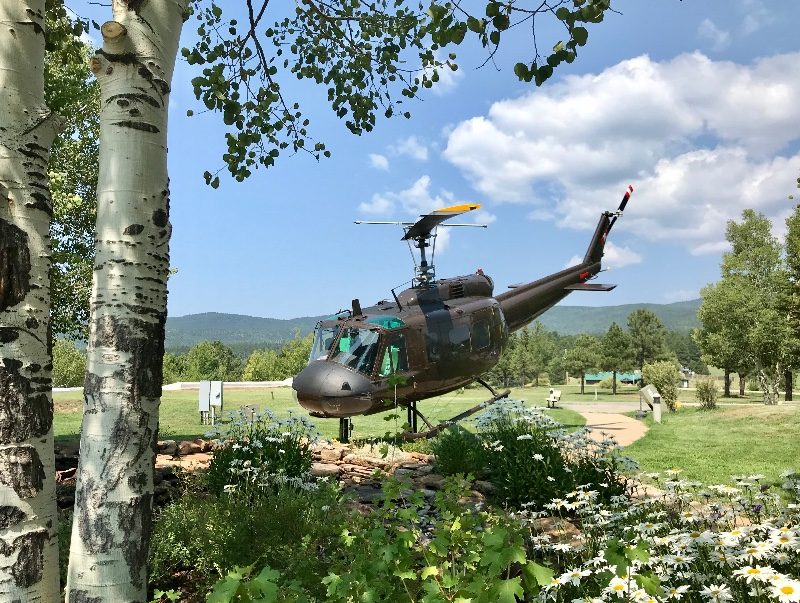 It now includes the chapel, an amphitheater, a peaceful Blue Star Garden with Tranquility Fountain, bricks for Medal of Honor recipients and others that served, a sculpture of a soldier, a monument to the son, flags of all military branches, a flag retirement oven, the graves of the benefactors, a Visitor Center and Museum with Gift Shop, and a restored ‘Huey’ chopper. 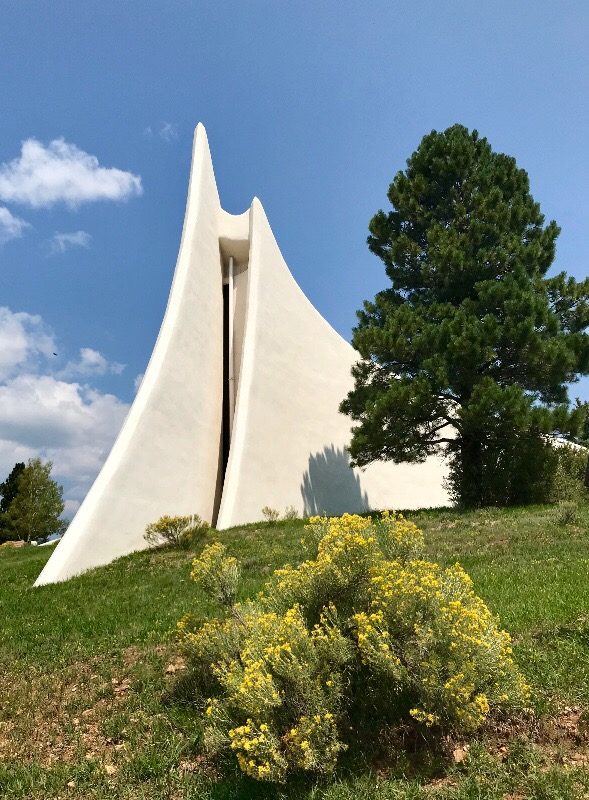 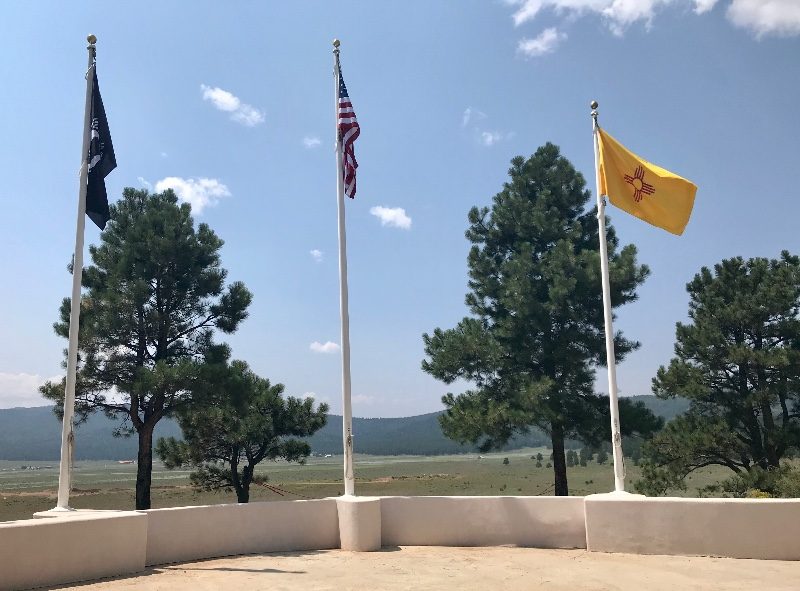 Some Flags on the Grounds

The Huey named ‘Viking Surprise’ was primarily used for creating smokescreens to mask troops being dropped at a landing zone; but also provided cover fire, and recovered soldiers being pulled out. It served two tours in Vietnam getting shot up pretty badly, and has been restored to its original condition. 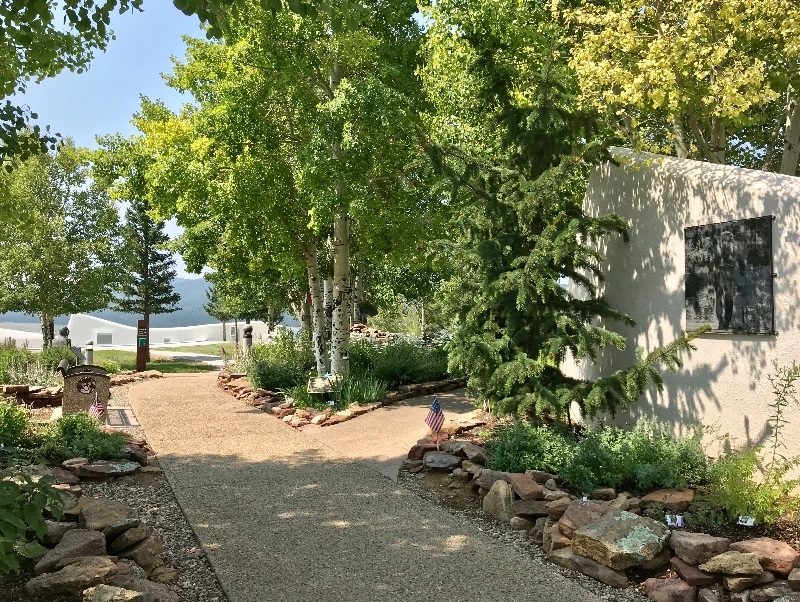 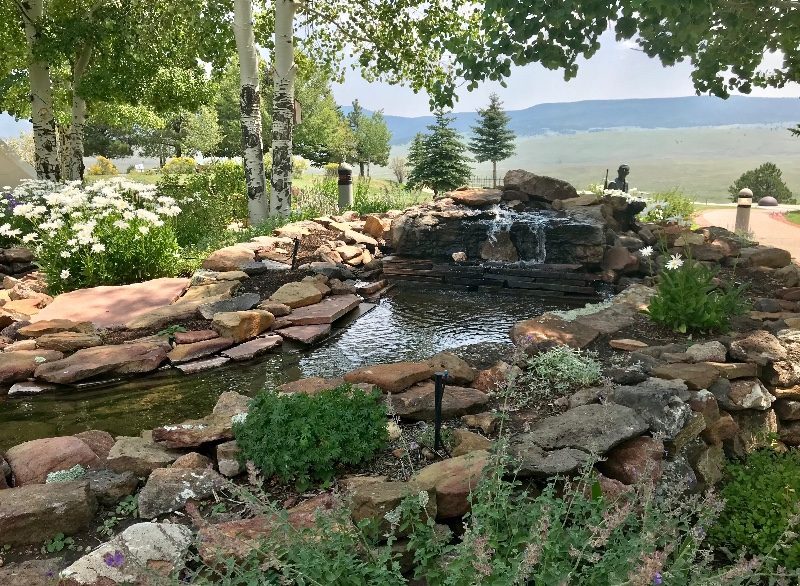 The museum had good displays about the conflict, the history, and stories of those that sacrificed so much. Photos, videos, artifacts, and war gear provided an overview. Plans call for an adjacent State Veterans Cemetery to be opened soon. The memorial is very well done.