You are here: Home › Cleveland Roller Mill
By Pleinguy on September 14, 2018 in SW, Travel

(Cleveland NM)
The Cleveland Roller Mill was built in the late 1800s, and operated until the early 1940s. In a three story, adobe building, with waterwheel power from the nearby Mora River, it served the Mora Valley wheat farmers for almost a century. It is open for visitors to see on weekends. 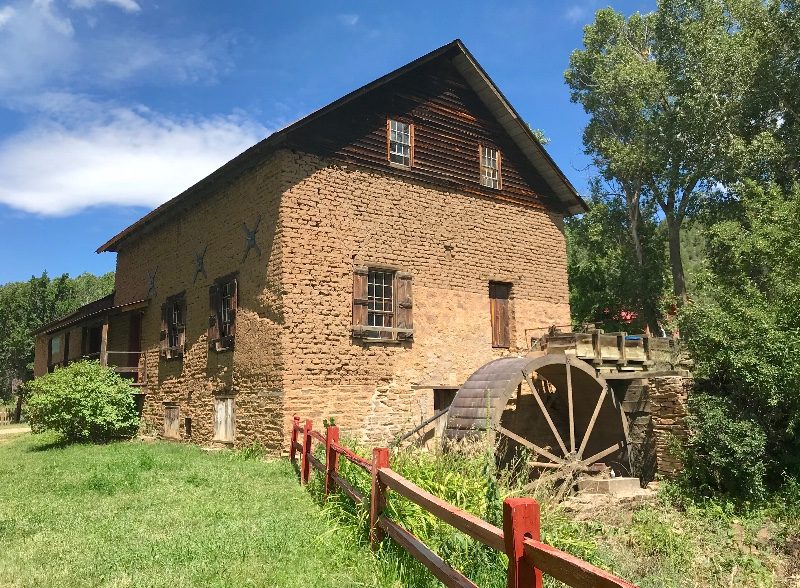 This mill used rollers, instead of stones, for grinding the wheat into flour and required fewer workers than other types. There seemed to be untold hundreds of gears, belts, pulleys, chutes, and processing machinery in the cavernous building. None of which I understood; except that separating, filtering, and bagging were some of the steps. 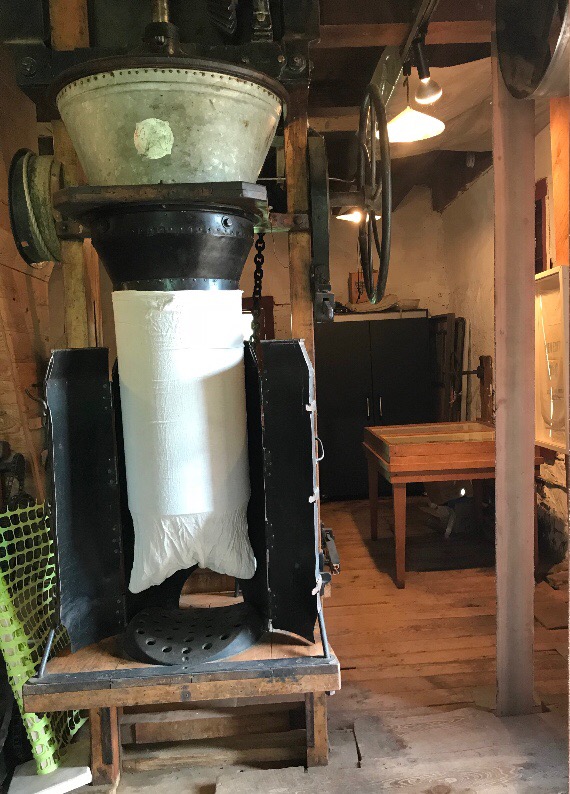 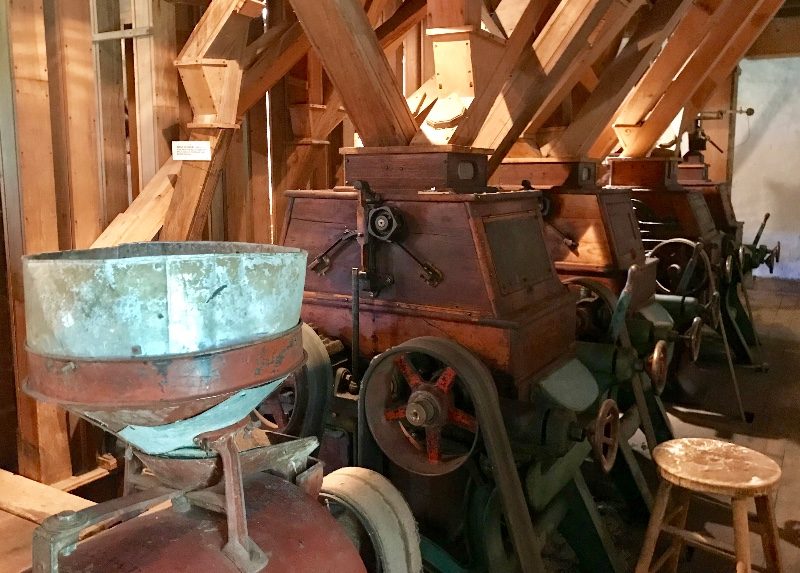 During its heyday, the Mora Valley was considered the breadbasket of New Mexico. Since cash was hard to come by, farmers would pay for the grinding by giving a percentage of the flour to the mill for it to sell. Often, they had to camp on the grounds for days waiting for their turn. 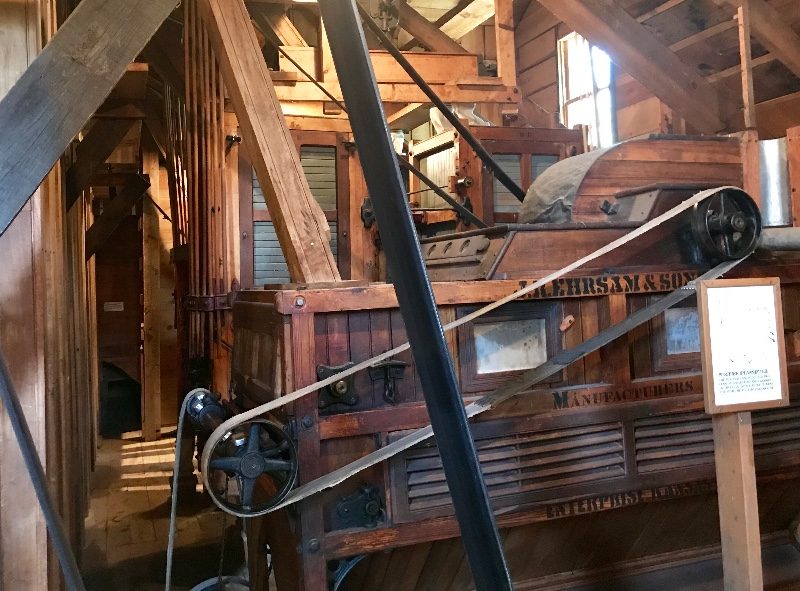 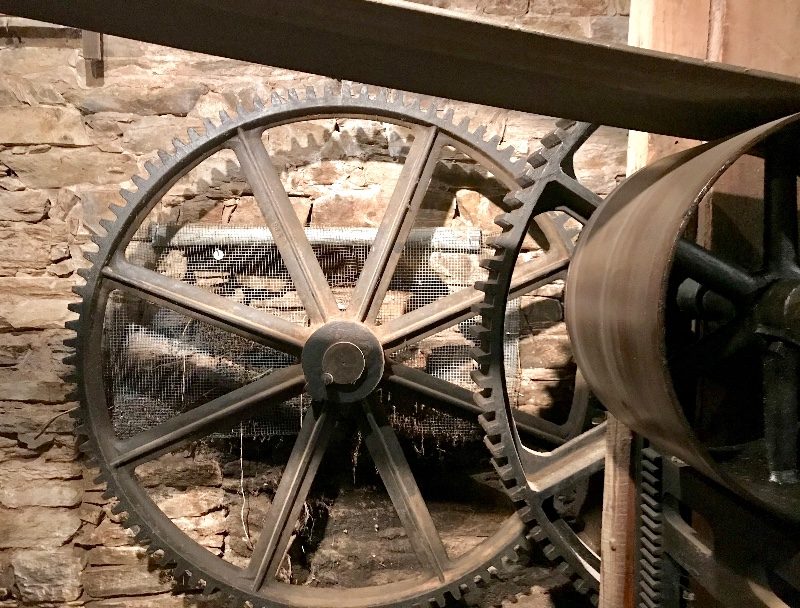 Inside Portion of Waterwheel

The original equipment is intact and restored, and can be operated for demonstration at certain times; such as during Millfest on Labor Day weekend. The building also now serves as a historical museum with nice exhibits, and a film about the period it was used. It’s an interesting part of history that has been preserved.