You are here: Home › Sawtooth Mountains
By Pleinguy on September 28, 2018 in SW, Travel

(nr Pie Town NM)
Camped with a view of the Sawtooth Mountains with plans to get a closer look in order to take some photos. (No, not the ones in Idaho) I had heard they were pretty impressive. And, I wasn’t disappointed. 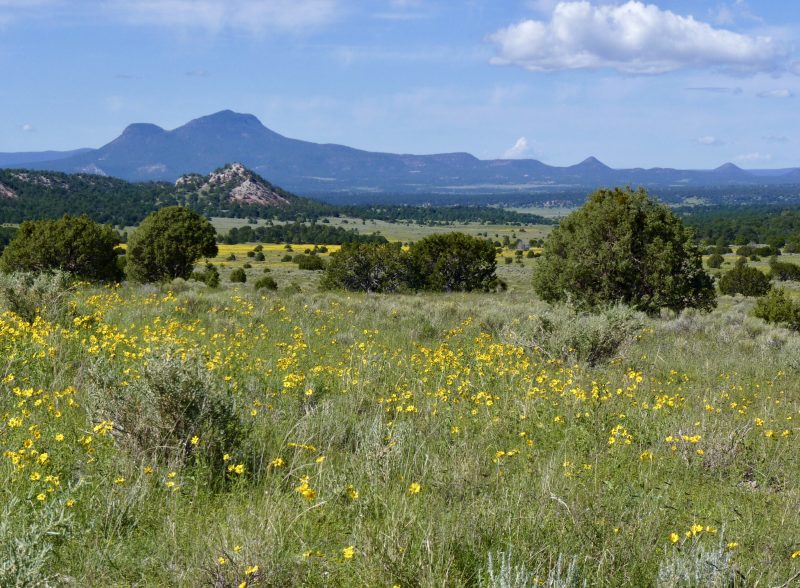 From a distance, they looked unremarkable. However, as I got closer the variety of formations became apparent. Tall cliffs, spires, slopes, cones, buttes, and abundant wildflowers were seen. Monument Rock was the only one named, an 8,541 ft column. 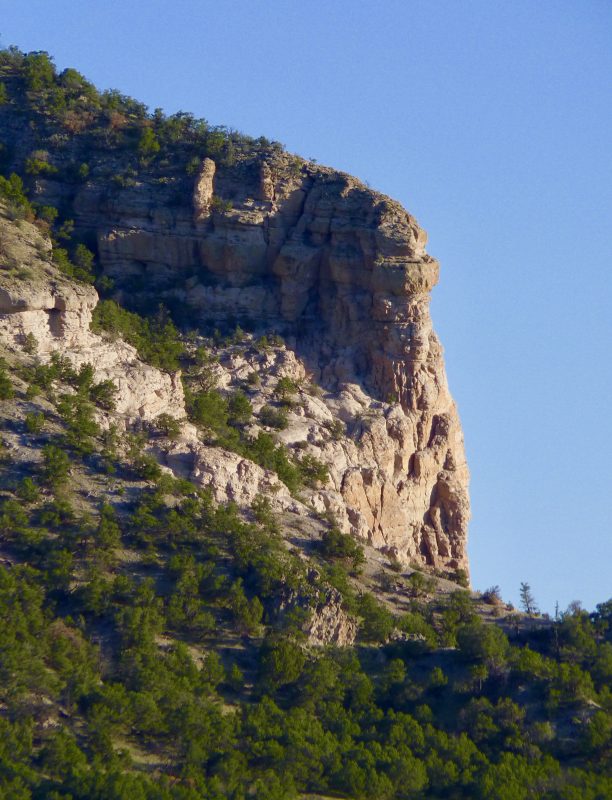 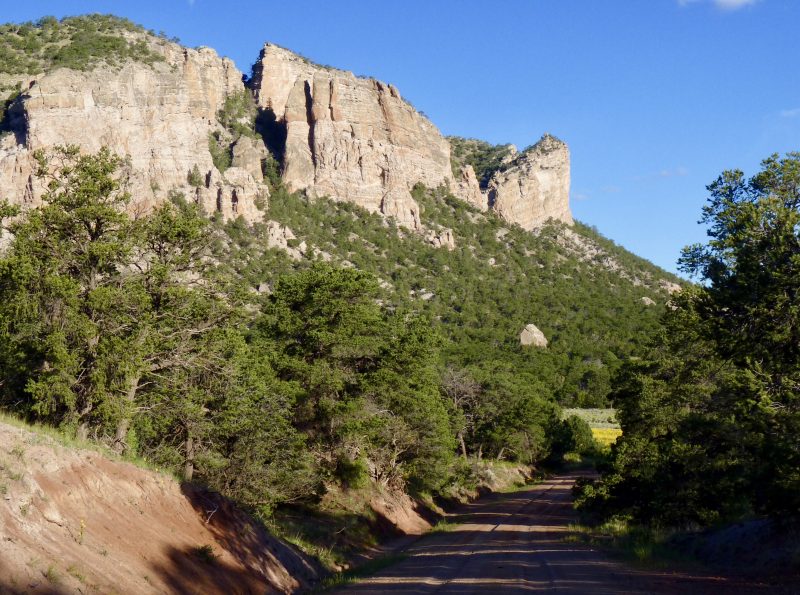 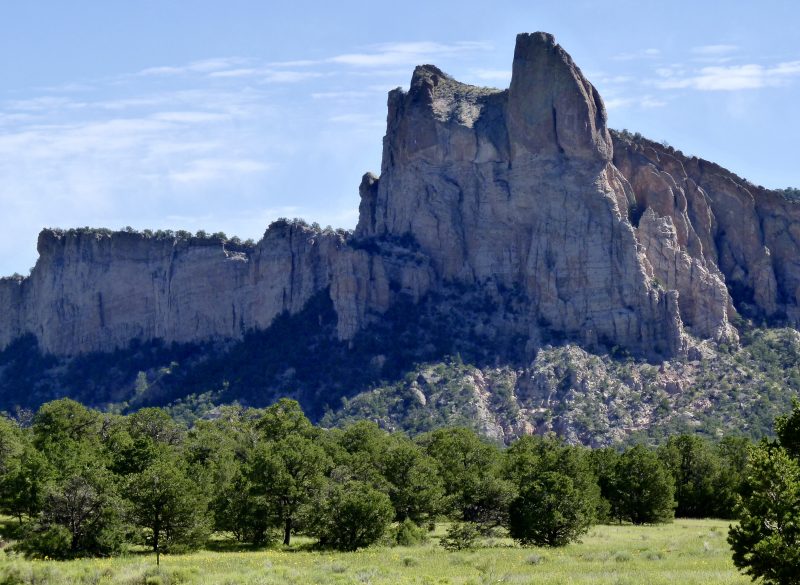 Most mountains run north and south, but the Sawtooth went east and west. Just north and east of town, they extend for about 10 miles or more. I only drove a couple of roads to them. Some access is on private ranch lands, and some national forest. 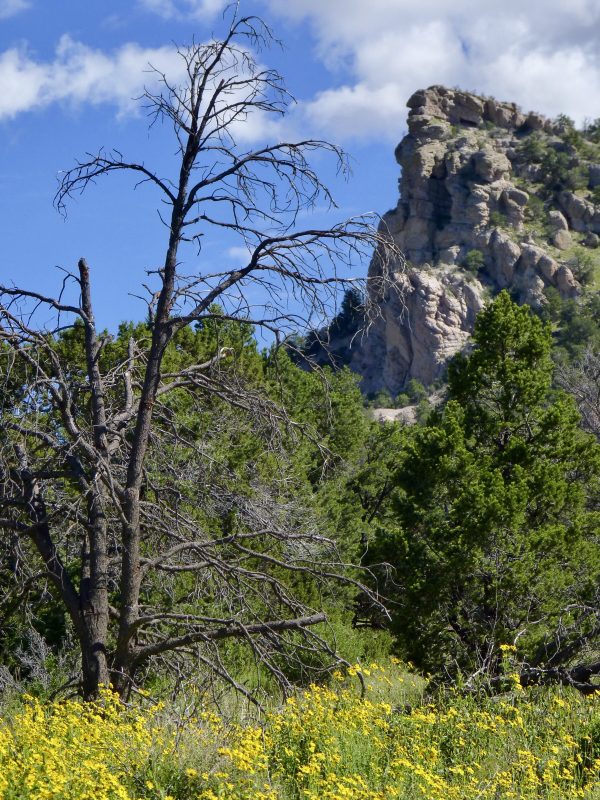 Wildflowers below another Cliff 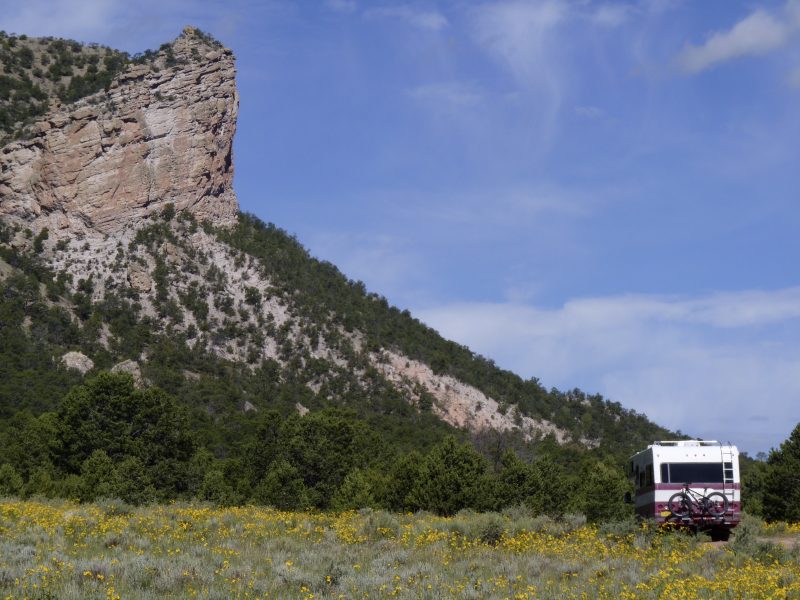 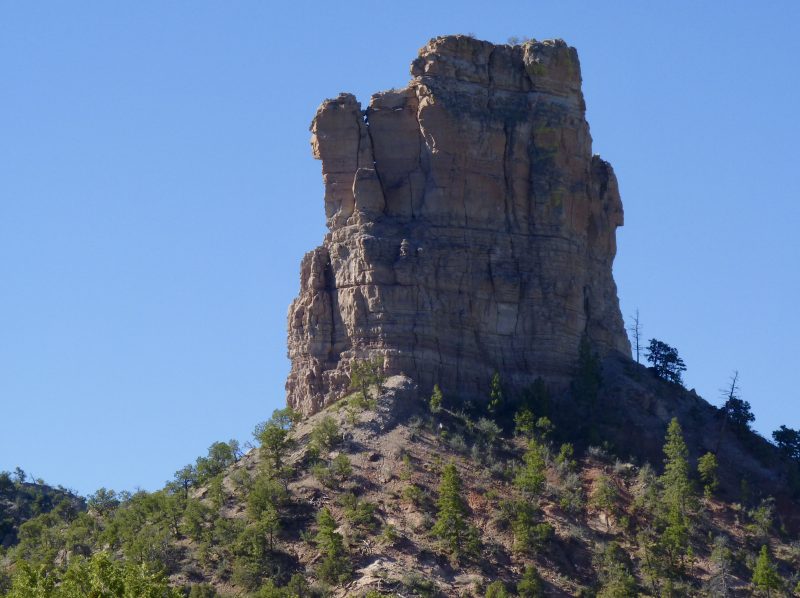 Hiking into the mountains would reveal more formations. Perhaps I will explore them some more to see what could be discovered.