You are here: Home › Yost Escarpment Trail
By Pleinguy on November 23, 2018 in SW, Travel

(nr Upham NM)
Hiked out to the Yost Escarpment on a 1 1/2 mile trail that went onto a portion of the historic Jornada del Muerto section of El Camino Real de Tierra Adentro. That was the most dangerous area of the 1,600 miles trade route that went from Mexico City to Santa Fe. 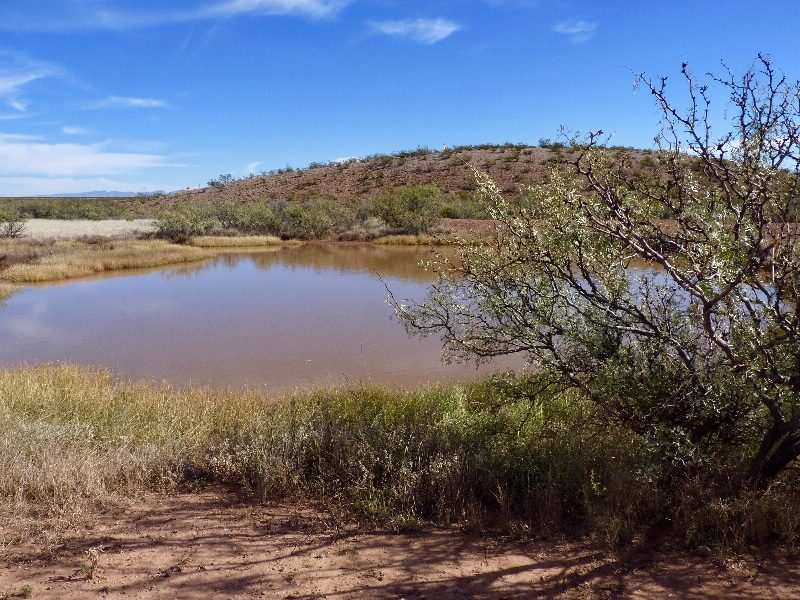 Located east of the Río Grande, Jornada del Muerto (journey of the deadman in Spanish) extended for about 90 miles from about Hatch to San Antonio, and between the San Andres Mountains and the Caballo and Fra Cristobal Ranges. It was a shorter and less hazardous track than staying on the west side of the river. 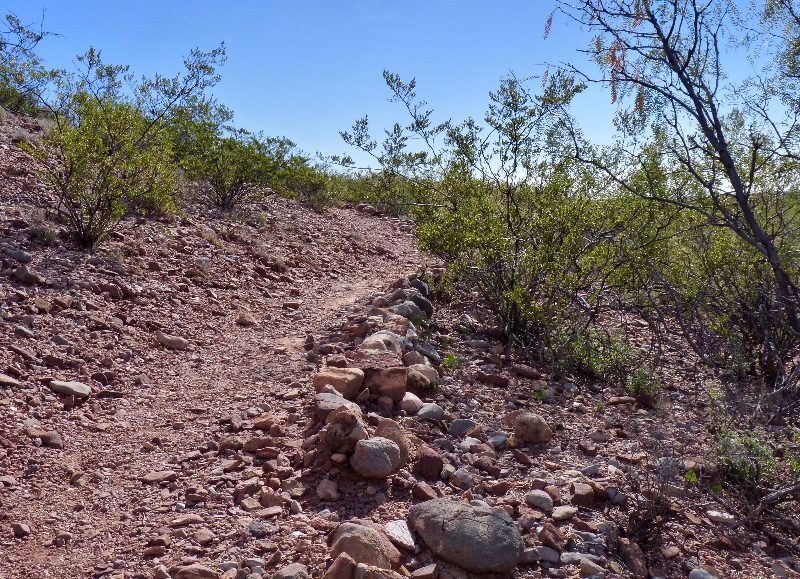 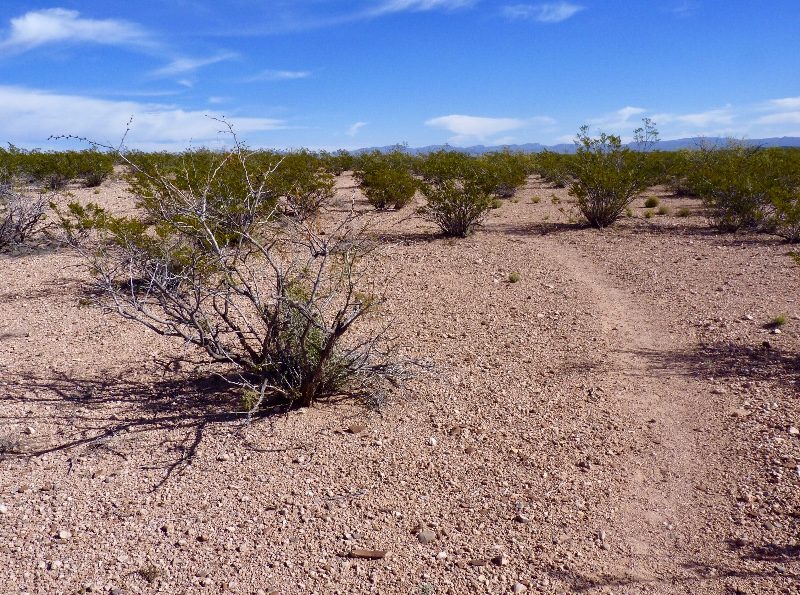 Little water, shelter or grazing was found along that stretch. Best time to travel was at night and during the summer monsoon season praying for rain. There was also a risk of attack by Comanche or Apache natives during the week it took to cover that part. 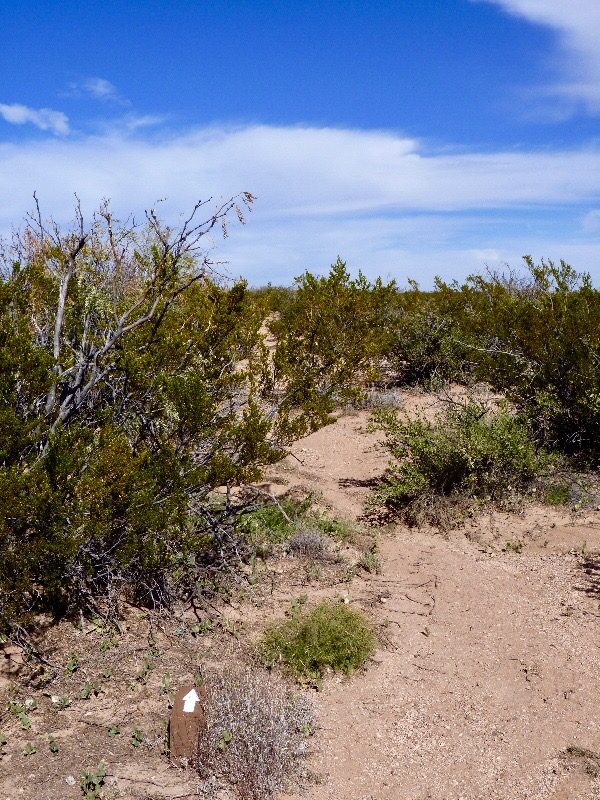 Sometimes a Marker to Show the Way 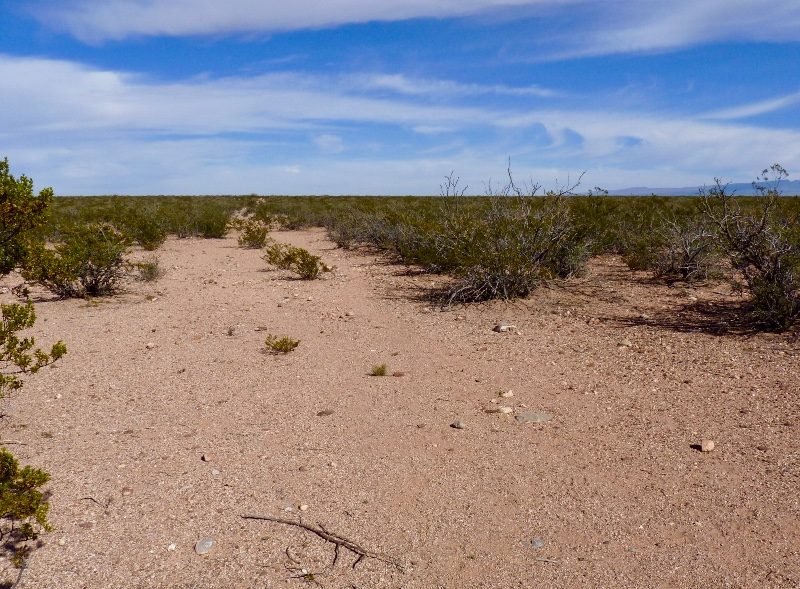 Obvious when on the Royal Road

Mexican freight wagons with wheels 8 to 10 feet high hauled up to 6 tons each being pulled by up to 16 mules or oxen. Smaller wagons or hand carts were used for light loads. Herds of livestock often accompanied them, and people generally walked. 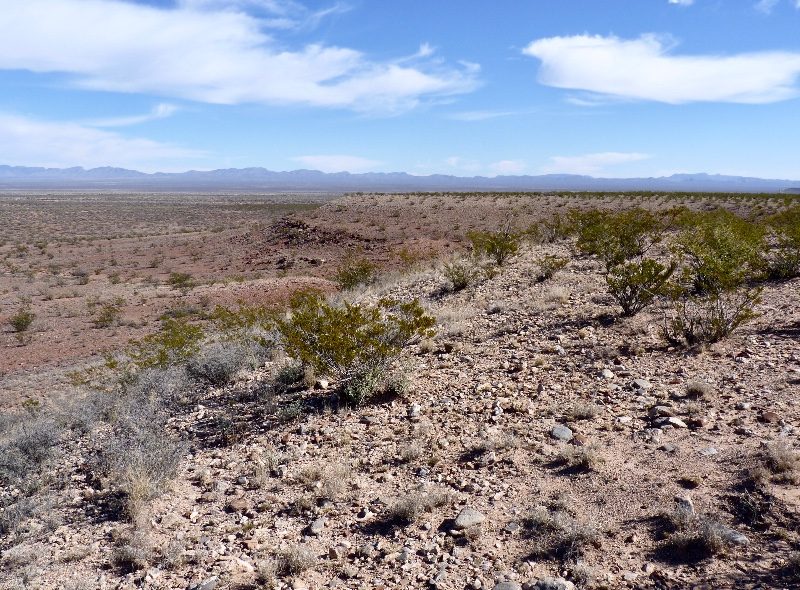 Edge of Escarpment – End of Trail 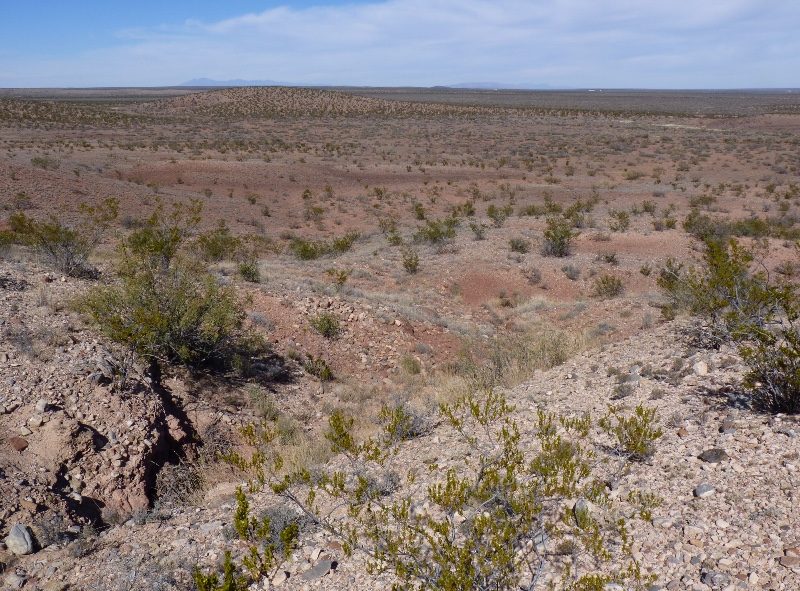 Probable Wagon Ramp Down the Slope

Many of the towns along the Río Grande parts of the road were originally camps or way stations for the travelers; El Paso, La Mesilla, and Socorro are a few. It was a thrill to walk in the path of those hardy souls.