(White Rock NM)
Moving south again, I resupplied in Española. Then headed to Bandelier National Monument in Frijoles Canyon. Another location with native ruins. But, it included some fantastical rock formations and cliffs. 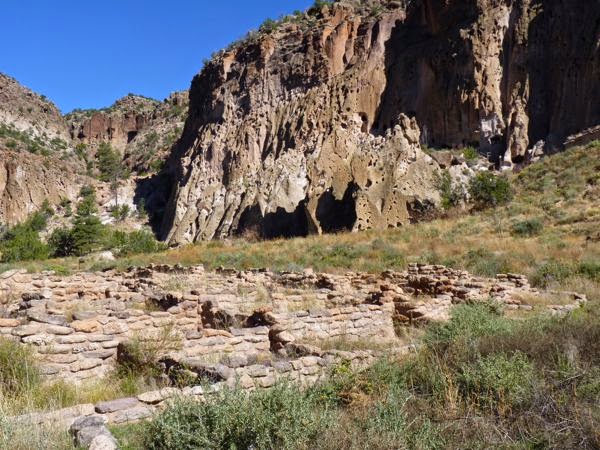 Really, I was a bit overloaded on cliff dwellings and kivas. Since I was told the scenery was exceptional, I decided to give it a go. And, the drive in did have some great formations. I was not disappointed. 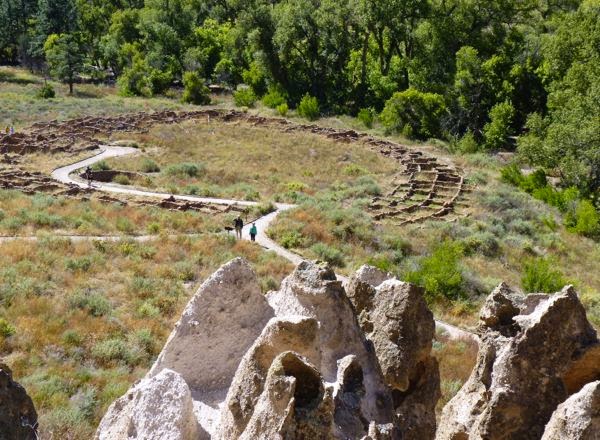 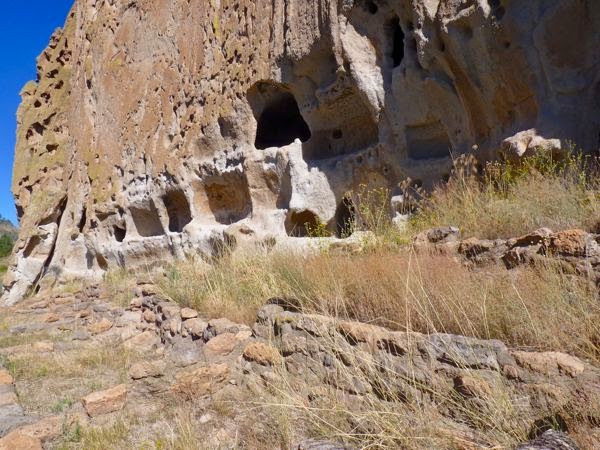 Arrived at the campground in the afternoon. Just as I got the rig set-up, it began raining hard with a strong wind. So, I settled in for the night. A shuttle took me to the Visitor Center in the morning. There, I saw the movie, and then the museum. 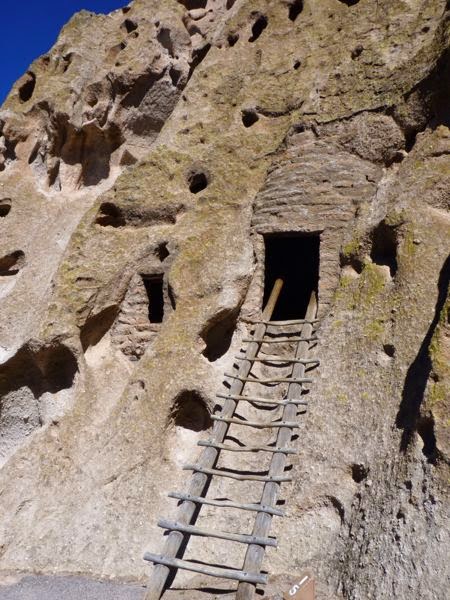 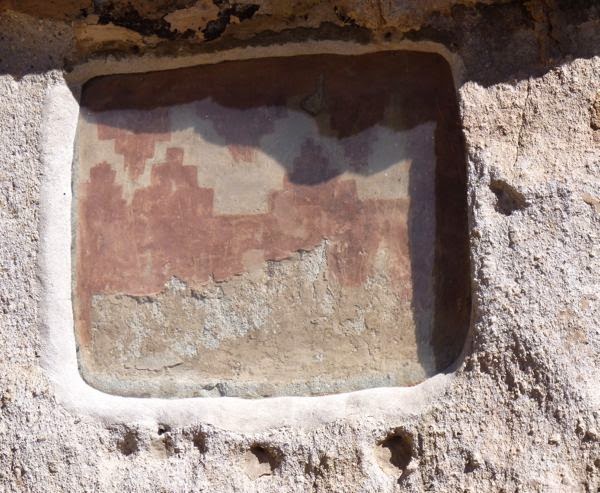 A paved loop trail took me past the ruins and up to the cliff dwellings. There were a few interesting things, like a mural, some petroglyphs, a reconstructed dwelling against the cliff, and ladders that you could climb up and peer into the cliff rooms. 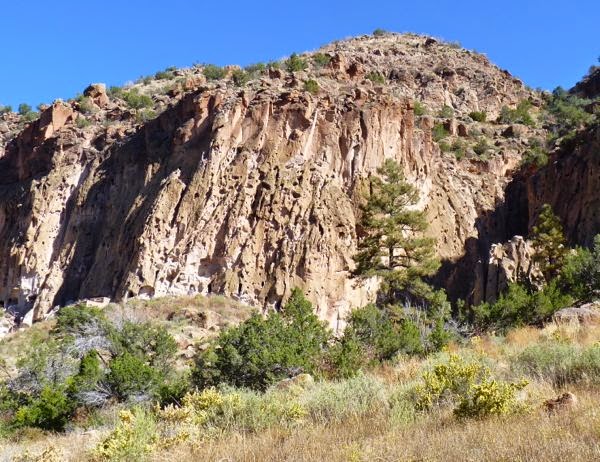 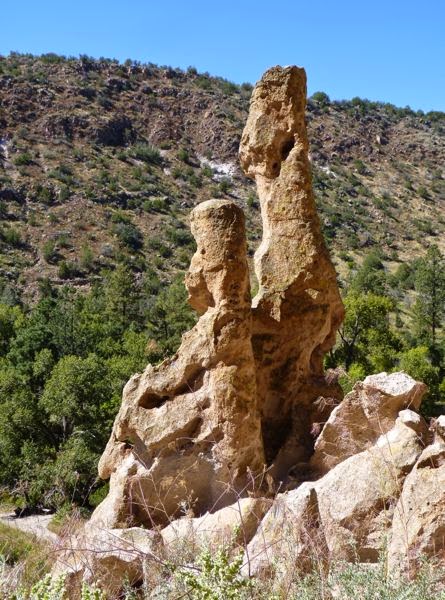 However for me, the cliffs themselves were the highlight of my visit. Textured walls, crevices, spires, and massive cliffs all caught my attention. Very nice indeed! 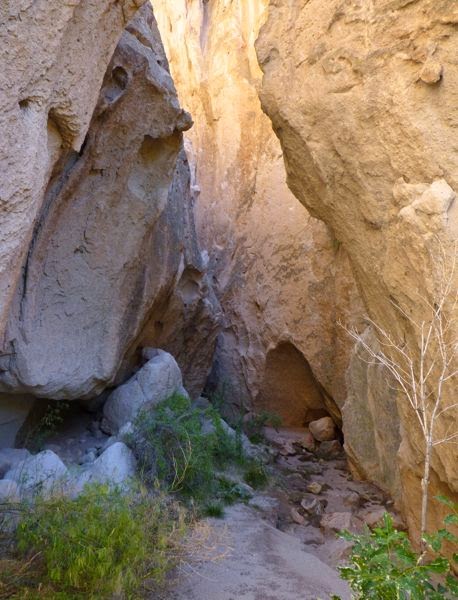 Crevice in Cliff with a Spring 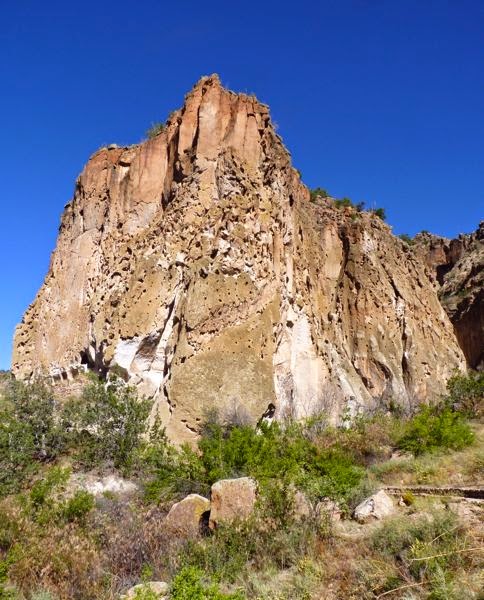 Hopped on the shuttle back to the campground and had lunch. I wasted little time getting back on the road to see more beautiful places on my journey.