(Jémez Moutains NM)
The Jémez Mountains National Scenic Byway took me through the mountains and past several interesting locations. It was a steep climb with some tight switchbacks; but, Tardis handled it well. 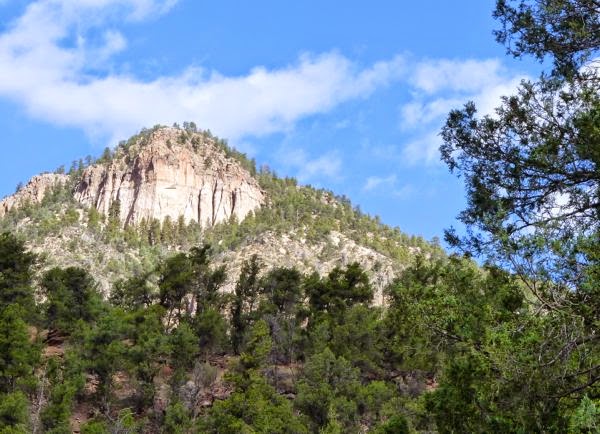 After Bandelier, the Valles Caldera National Preserve would have been a logical stop. It’s the largest volcano caldera in New Mexico, and one of only seven great calderas in the world. Today it appears as a wide green valley, and it held little interest for me. 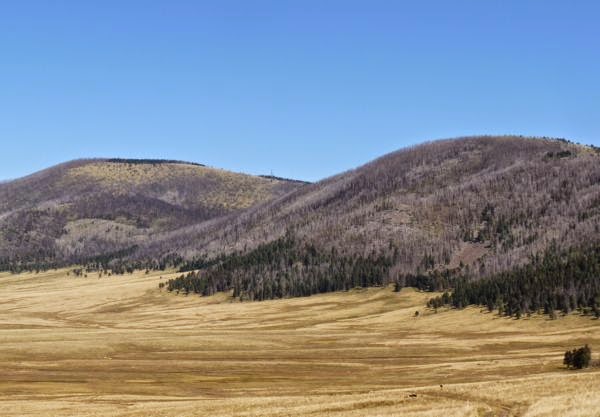 I did stop and take some pictures at pull-outs. Signs indicated it was an elk viewing area; but, none were to be seen. An internet signal allowed me to check mail.

Of more interest was a hike to see Jémez Falls. After setting up in the campground, I found a path leading to the trailhead for the waterfall. Once there, it was a bit confusing about which way to go. 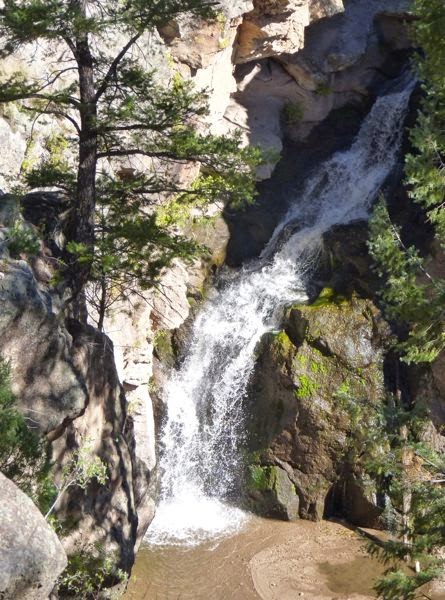 There were three trails, but only one marked and it wasn’t to the falls. I finally chose one which did indeed take me to the falls viewpoint high on a ledge. My preference is to be below waterfalls for photos. And, I started to scramble down until it got too rough and climbed back up.

A rock formation that resembles the bow of a ship was seen at one stop. There was a picnic area at the base, and two creeks that converged. And, there were trails that lead into the mountains and to some hot springs. 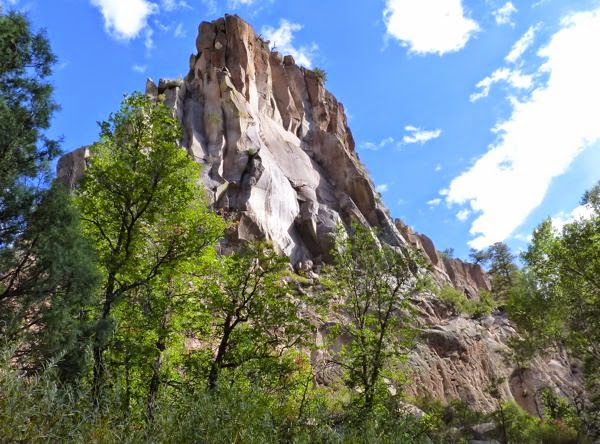 A pull-out along the road was the only way to see Soda Dam. It was a naturally formed dam made from an underground hot spring that bubbles to the surface. Wading in the water was allowed; but, I didn’t venture. 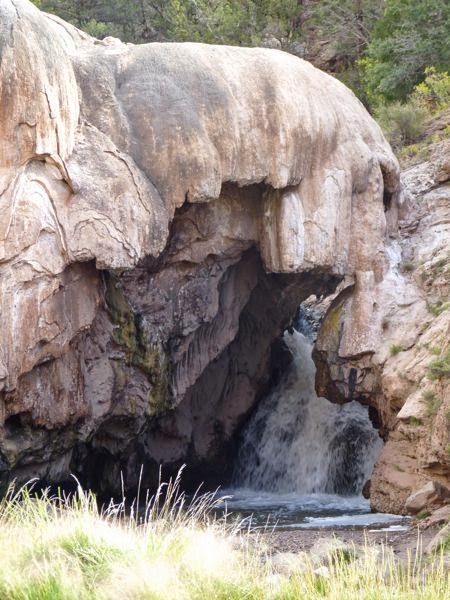 Remains of Giusewa Pueblo of the Jémez natives, and a 17th century Spanish mission were seen. A small museum tells the sad story of those times. 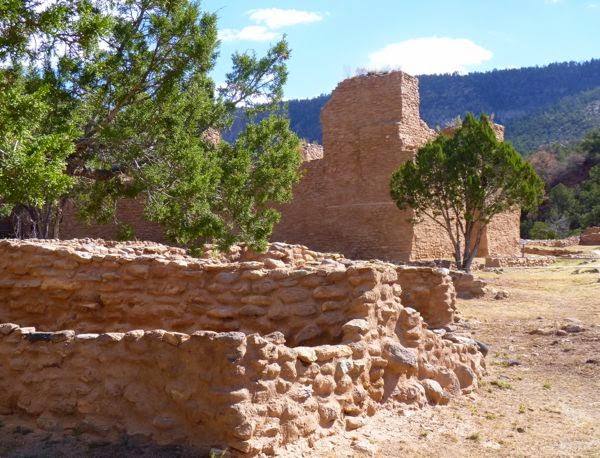 I stopped in the small town to have some green chile stew at a café. It was full of ambiance as I sat on the deck looking at the mountains, with a rooster strutting around and goats in a pen. The stew was spicy and yummy.

The Visitor Center for the Walatowa Pueblo of the Jémez tribe had a museum (no photos allowed inside), gift shop, and a field house outside like they used for farming and hunting. Across the road were bright red cliffs. 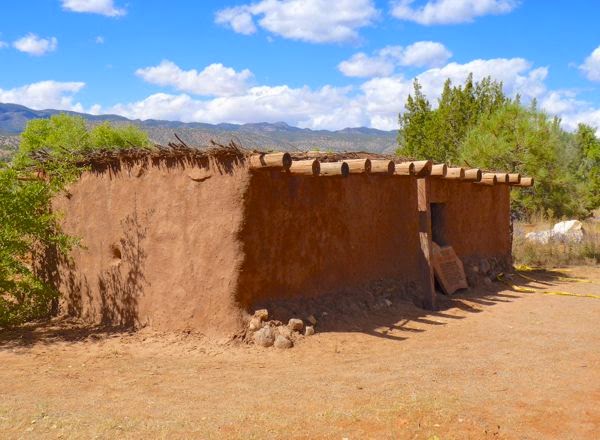 There were reconstructed remains of the Kuaua Pueblo from when Spanish explorer Francisco Vásquez Coronado passed through. It had a small museum about the natives and Spanish settlers, a gift shop, and a portion of the pueblo. The highlights were several original 900 year old mural panels in the museum and a recreated kiva. 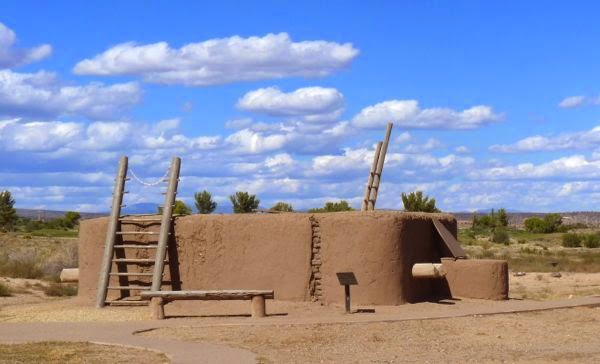 It was a two day trip with brief stops at each site. More time could have been spent hiking some trails, soaking in hot springs, and visiting native pueblos during their open house events. I ended by staying overnight at a casino in Albuquerque.