(nr San Antonio NM)
Went to see the Fort Craig National Historic Site where the fort was built along the Jornada del Muerto portion of El Camino Real de Tierra Adentro in 1854. Part of the fort’s mission was to protect travelers along the trade route. It was also intended to prevent Apache and Navajo raids on settlements and was an important part of the Indian Wars. 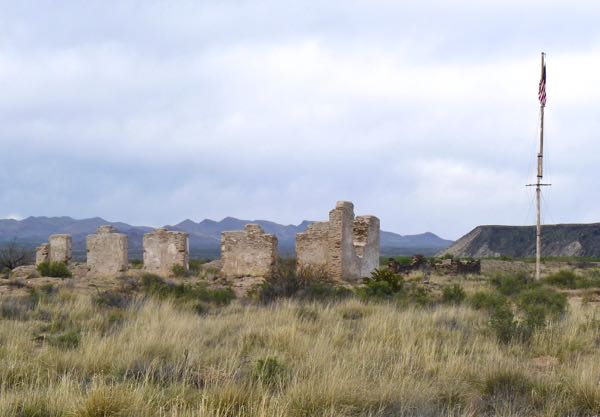 Fort Craig also played a pivotal role in turning back Confederate forces during the Civil War. Battles were fought at nearby Valverde Crossing, and at Glorieta further north. These ended the CSAs attempts to control the west during the war. 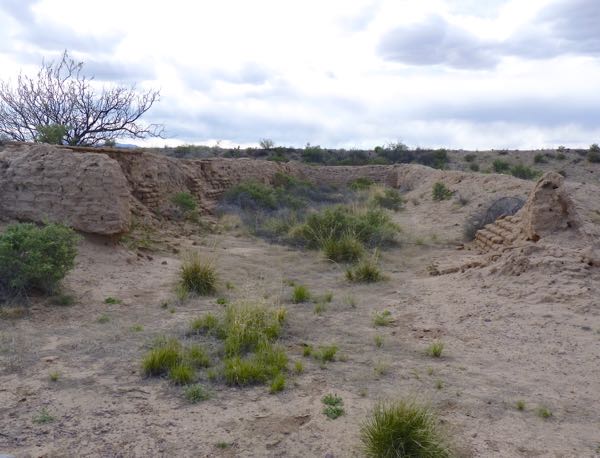 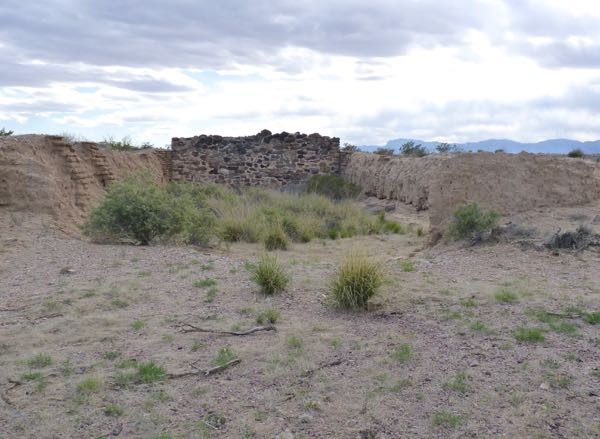 Commissary ruins where supplies were stored

The small Visitor Center had displays about the fort’s history and importance to the area. A self-guided walking tour of the grounds, with descriptive panels along the way, took me past the few ruins and bastions that remained. It was hard to imagine that the fort was once the largest one in the southwest. 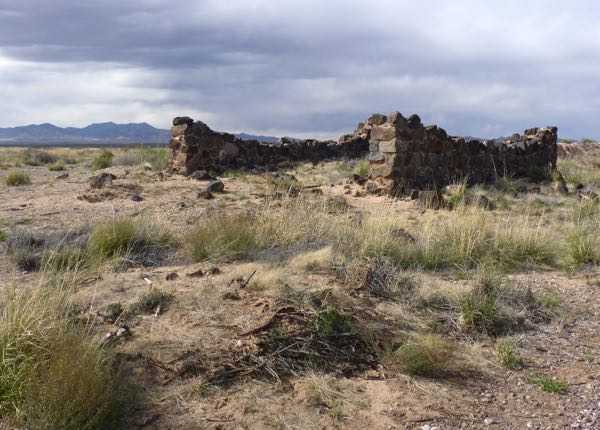 Fort brig for the bad guys

Afterward, I stopped at the Buckhorn Tavern in San Antonio to have a chile cheeseburger for dinner. Then went looking for the free city park near the Rio Grande that I had been told about. It was mainly a picnic area with tables; but, with room for small rigs. No sign prohibiting camping, so I chanced it was OK for an overnight.