(Montezuma Lake AZ)
The ancestral pueblo at Montezuma Castle National Monument had a small but nice Visitor Center. A dwelling, high on the cliff in a recess, and rock walls of the lower pueblo were featured. Beaver Creek flowed past, which provided water for the village. 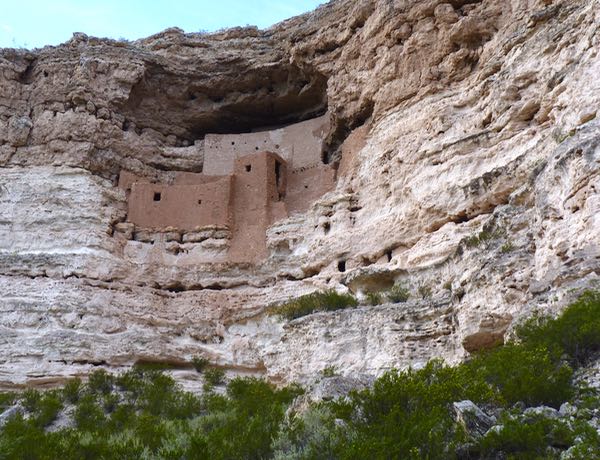 Paved walkways passed by the ruins; but, the cliff dwelling was not accessible. Panels along the way explained things; and, also a kiosk with audio narrative about what was in the cliff dwelling. It was a pleasant area lush with trees and shrubbery. 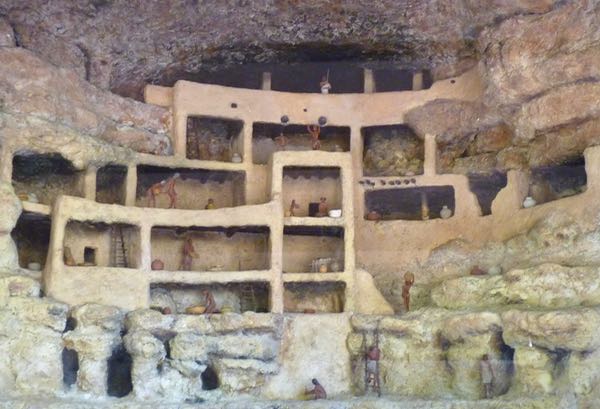 Model of inside dwelling 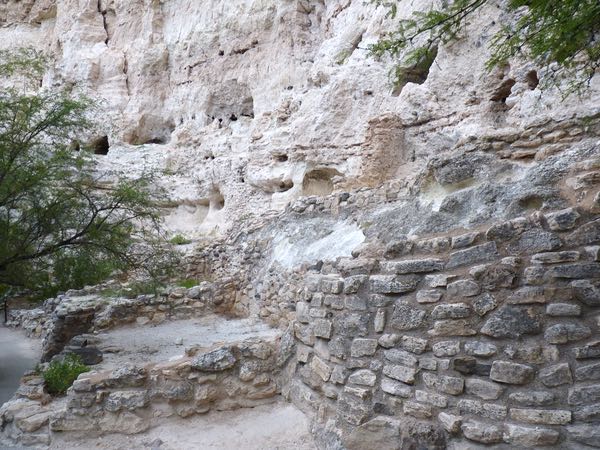 The path also went to the creek where there was a small picnic area. Samples of some crops they would have grown were on display. Since being discovered, the ruins have been re-conditioned and stabilized numerous times. Several miles north of the castle was Montezuma Well, a large spring used for irrigation. 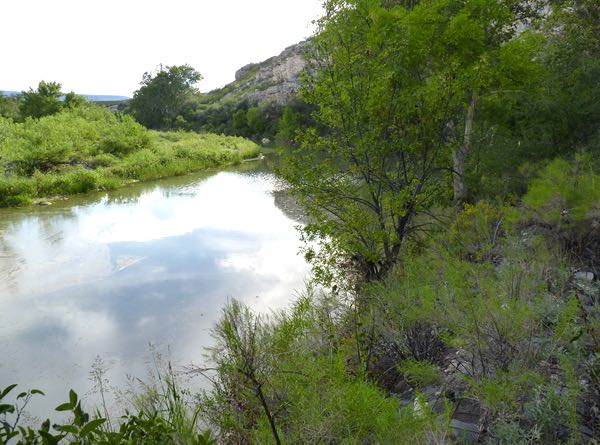 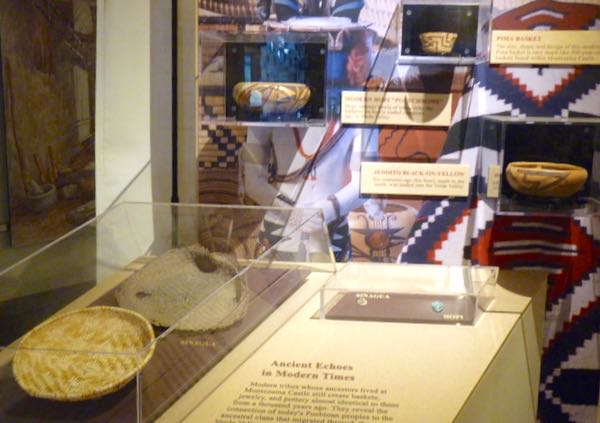 Heading further south and east, I boondocked for free a short way off the highway in the forest. The road in was a bit rough; but, a campsite next to a pond with 4G internet was found. At night, the coyotes serenaded me with their yapping and howling.