(Prewitt NM)
Little known Casamero Pueblo was an outlying settlement of the Chaco Culture. It was fairly small, and most likely a farming community. Signs on the site explained the ruins, how they were built, and the probable lifestyle of the native inhabitants. 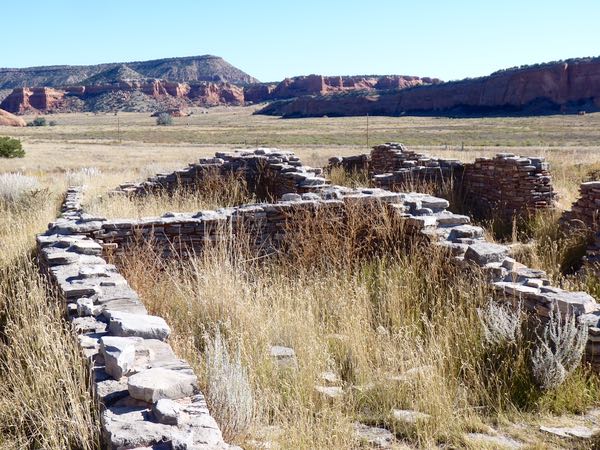 That area was supposed to have been a flood plain; but, I’m not sure of the water source. Mesas were to the west and north, and hills to the east. Between was relatively flat, so it would have made good fields for crops. 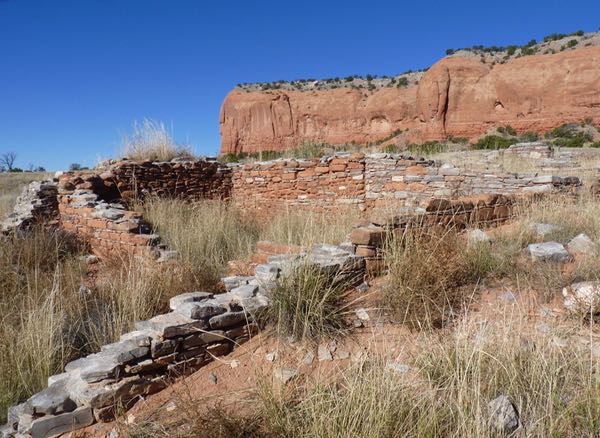 Part of ruin with distant mesa 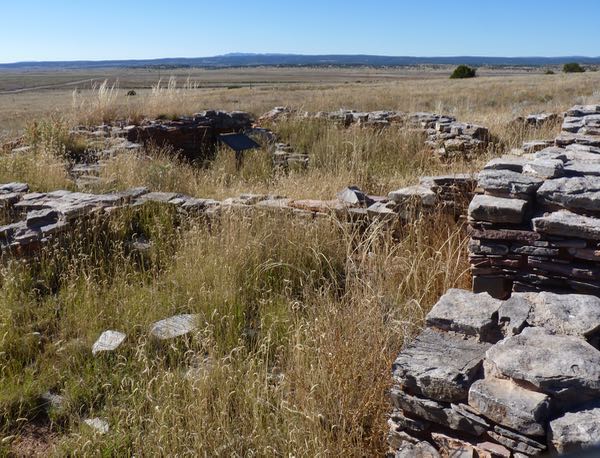 Partial stone walls were all that remained of the 23 room structure; part of which was once two stories. A large circular hole, about 200ft from the ruins, was said to have been the site of a kiva; although nothing remains. 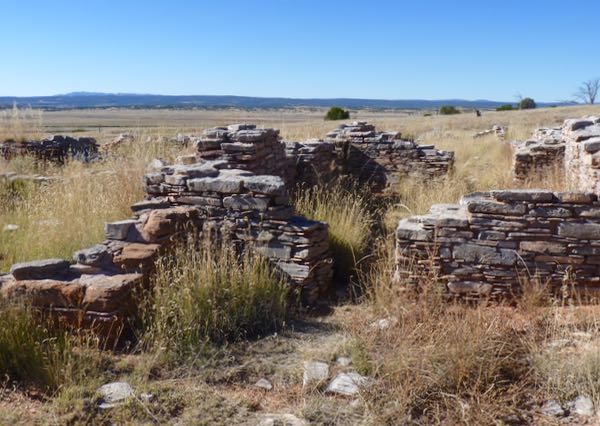 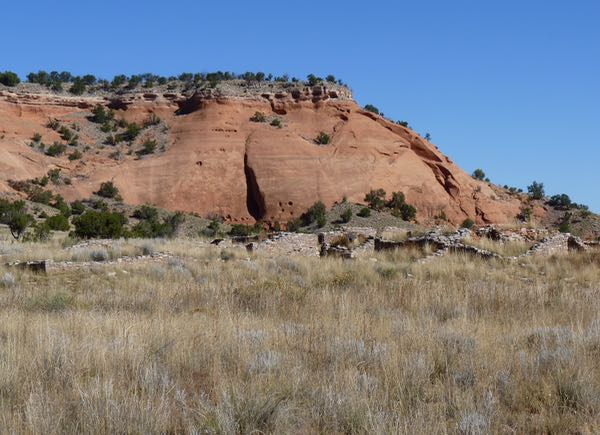 Mesa where rock was taken to build the structure

The site was off of I-40 at Exit-63, and then north on NM-19 for about 4 miles. The parking area next to the road was barely large enough for Tardis; so, don’t go with a big rig. A short path from the road took me to the pueblo ruins. 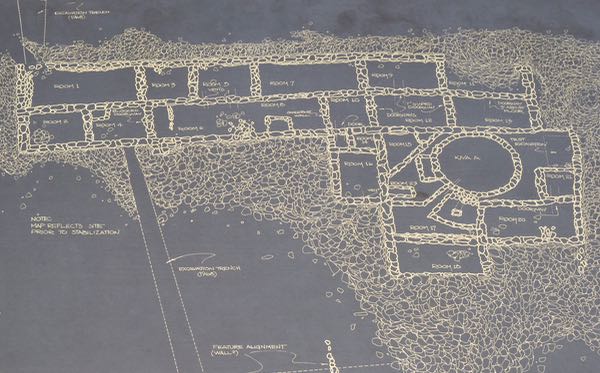 I camped at nearby Bluewater Lake State Park, located on the other side of I-40. My spot was at about 7,400ft, making  the temperatures near perfect at the beginning of October.