(Cerrillos NM)
Many have probably heard about Garden of the Gods in Colorado. Few know that there is another one in New Mexico, too. Just outside of the small village of Cerrillos, on NM-14, you can find a mini-version of some similar rock formations. 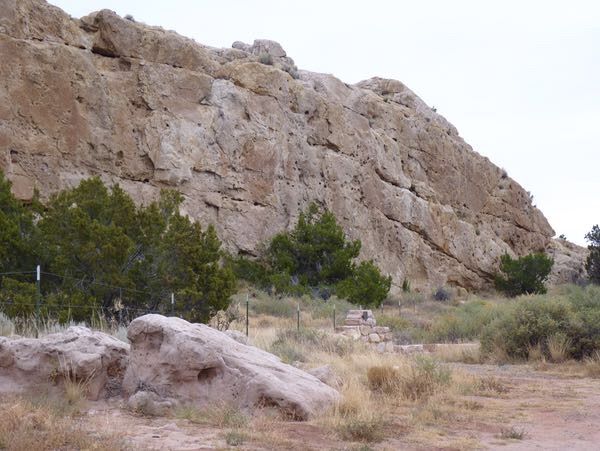 Garden of the Gods Too Cliff

No highway sign marks the pull-out; but, there is a small stone monument that recognizes the site. The rock formations actually set on someone’s private property and can be viewed over a low fence. However, you cannot walk amongst the rocks. 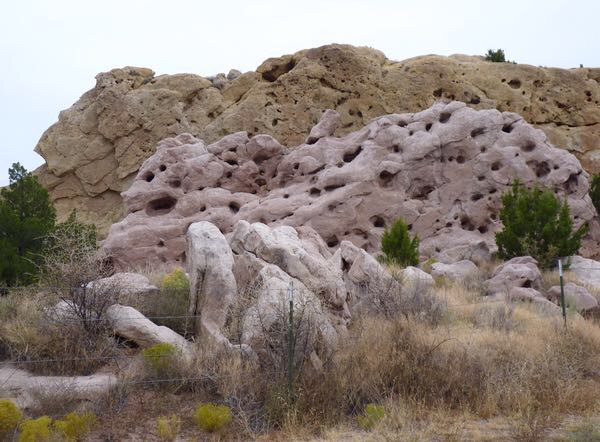 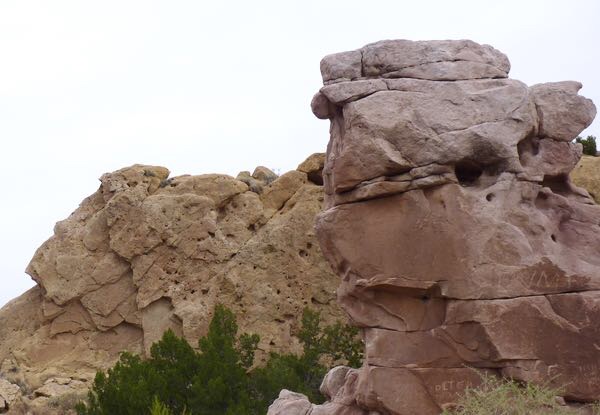 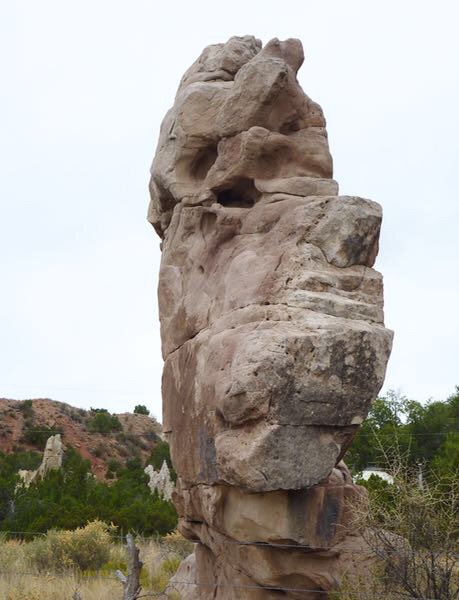 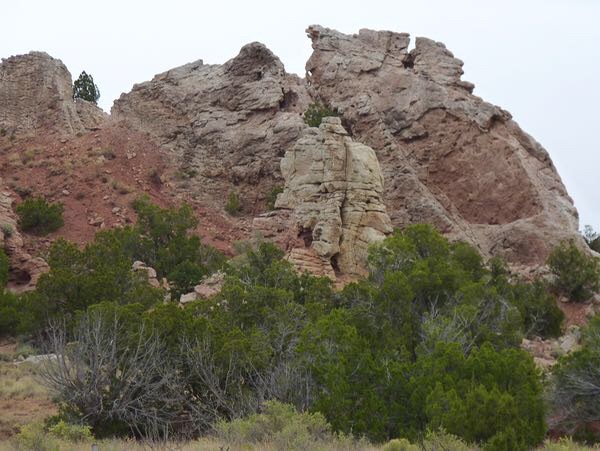 It may not be worth a special trip. But, if you are perhaps going to see the artsy hamlet of Madrid, just three miles further south, then watch for the rock formations. I continued on to find Madrid mostly closed-up on a rainy Sunday morning. It was a pleasant drive through the mountains anyway.

2 Responses to Garden of the Gods Too