You are here: Home › Rancho de las Golondrinas
By Pleinguy on November 3, 2015 in SW, Travel

(La Cienega NM)
El Rancho de las Golondrinas provides a living history of life during early New Mexico settlement. A series of ranchos have been recreated to represent life from the late 1600s to 1800s. In each one were people in period clothing engaged in typical activities; like food prep, blacksmithing, carpentry, milling, and others. 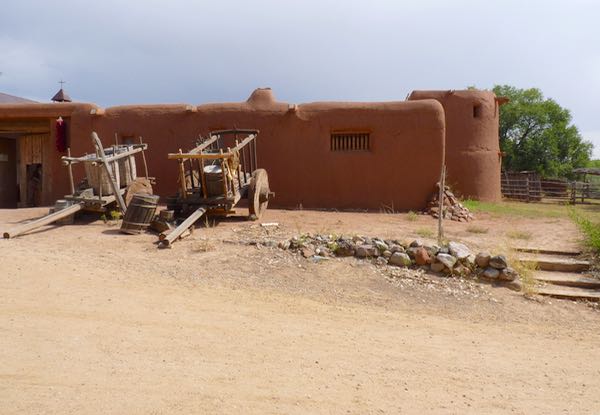 The first rancho was an enclosed fort-type with a watchtower. This would have been the norm in early colonial times when raids by natives and banditos were common. Inside, was a plaza around which were stations for various chores. The perimeter had rooms for the ranch manager, housing, weaving, a store, storage, and other uses. Attached were fenced areas for animals and equipment. 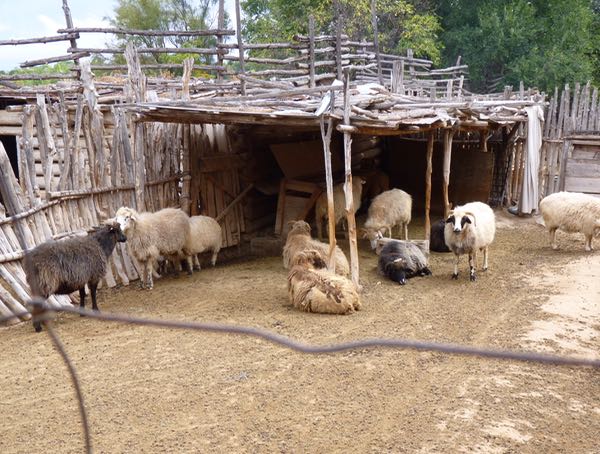 Sheep in pen just outside the fort 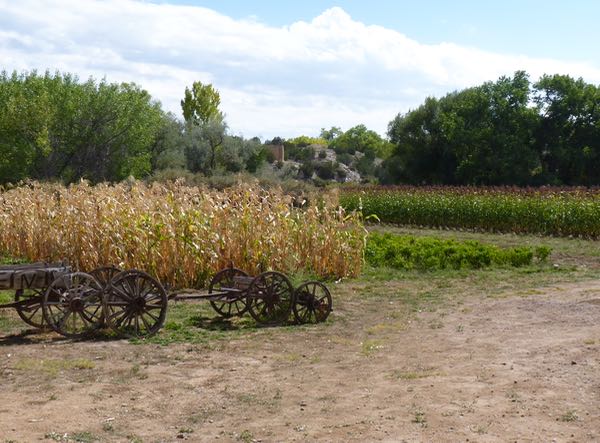 Next was an area without the walls, representing the period after peace with the natives. Similar activities were performed in a more open setting. Here, there was a burro driven sorghum mill for producing molasses, a tannery, carpentry shop, a blacksmith, and a large garden where they grew heirloom crops. 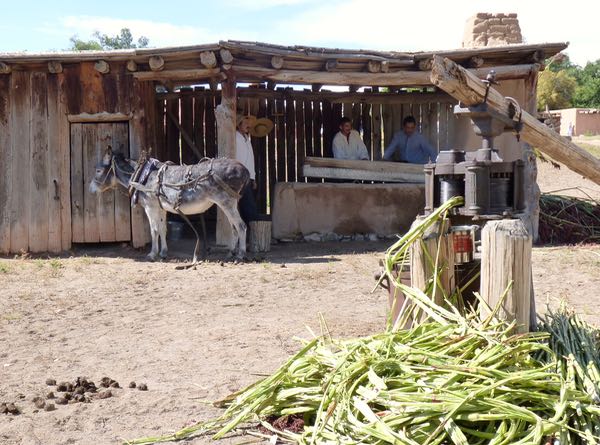 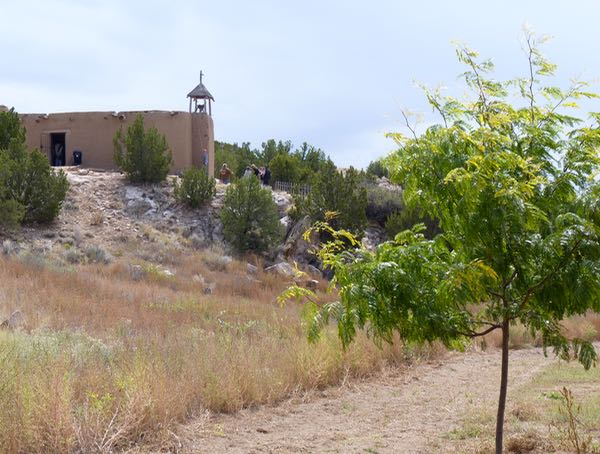 Chapel on hill between ranchos

Then, there was a small mountain rancho in the hills, which represented the later period. It was more like a farm with the main adobe house, grandmother cabin, bunkhouse, barn, root cellar, chicken coop, garden, and corral. Burros, goats, sheep, chickens, horses and alpacas were also at the different ranchos. 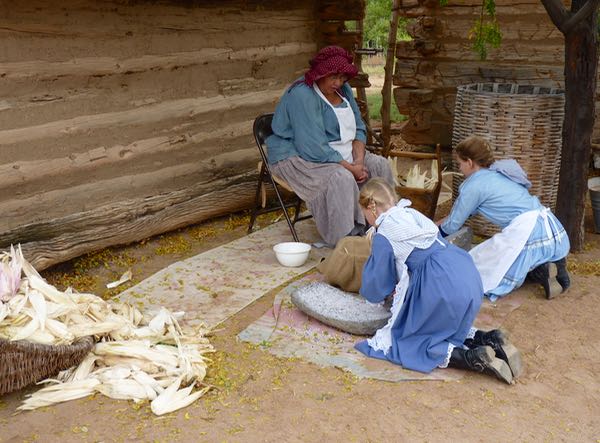 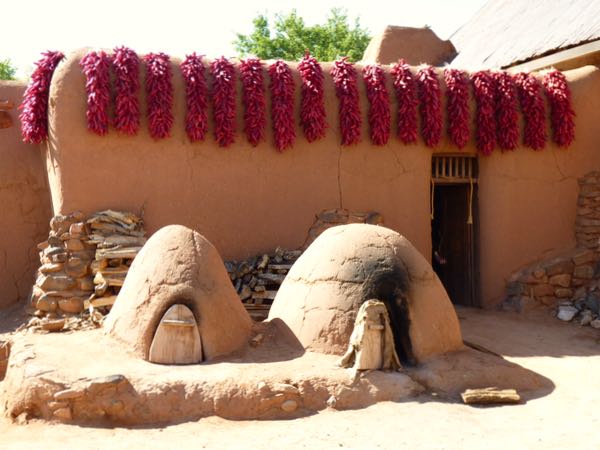 Visitors were encouraged to participate in the crafts and chores, so as to better understand what was involved in living during those times. Tortilla making and chile roasting, making cider, corn husking and grinding, wool carding, dying, and spinning were just a few. An archery range allowed you to test your skills with bow-n-arrow and spear throwing with an atlatl. 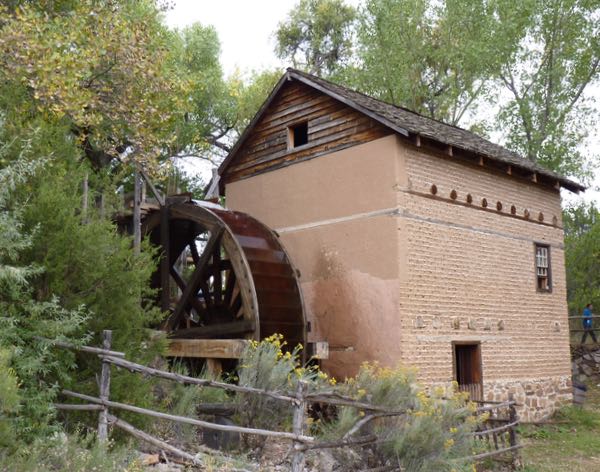 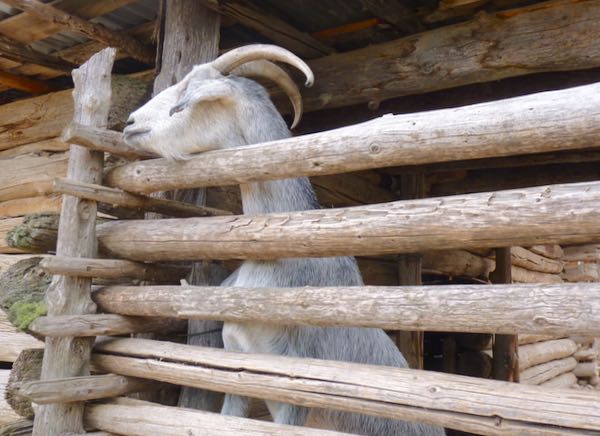 Also, along the paths I passed a military encampment, a school house, a chapel, cabins, a couple of working mills, the original irrigation ditch, etc. Some of the structures were original that were moved onto the site, and others were recreated with typical materials and tools of the age. 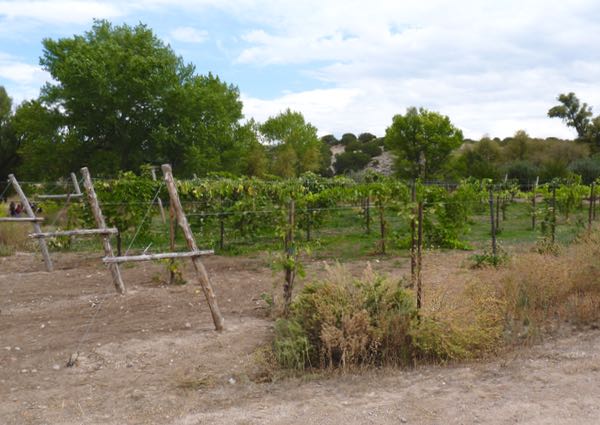 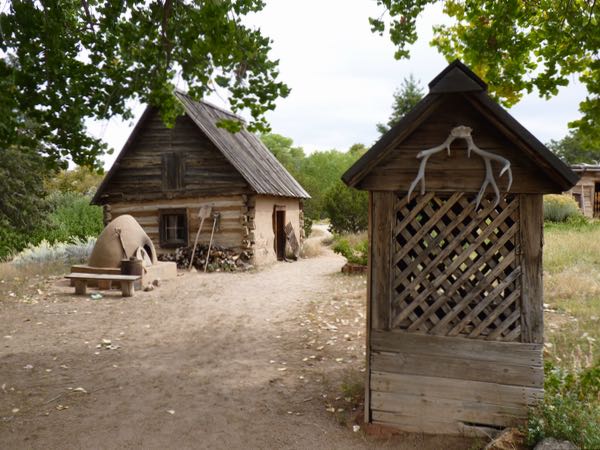 Just after entering, there was a gift shop, museum, artisan booths, outdoor café, info booth, and restrooms. Walking through the ranchos, seeing the different styles of buildings, the re-enactors working, and the atmosphere of the times was enlightening and fun. Steve and Jen, who I met while at Sandia Peak, invited me to stay at the ranch. So, I got to camp on the grounds and spend time exploring. If you like history, the Rancho is a great experience to spend a day or two.

Pecos Pueblo
Garden of the Gods Too