(Capulin NM)
Capulin Volcano National Monument preserves the area around the nearly perfectly formed cinder cone of the now extinct volcano. The mountain rises 1,300ft above the surrounding terrain, and reaches 8,182ft at its rim. 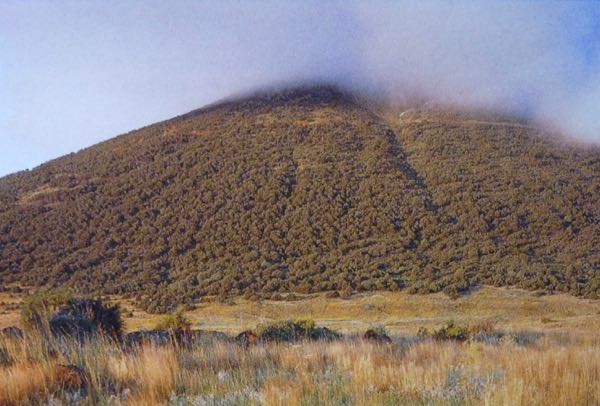 Its name derives from the abundance of chokecherry shrubs found there.
Ponderosa and piñon pine trees, juniper trees, wild flowers, and prairie grasses are also found on its slopes. Various birds, mule deer, and other wildlife call it home. 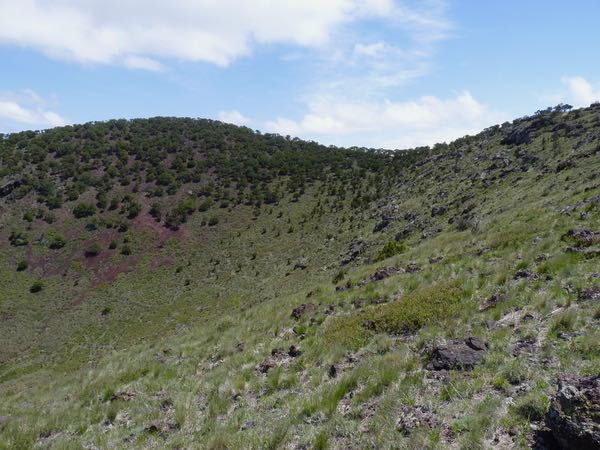 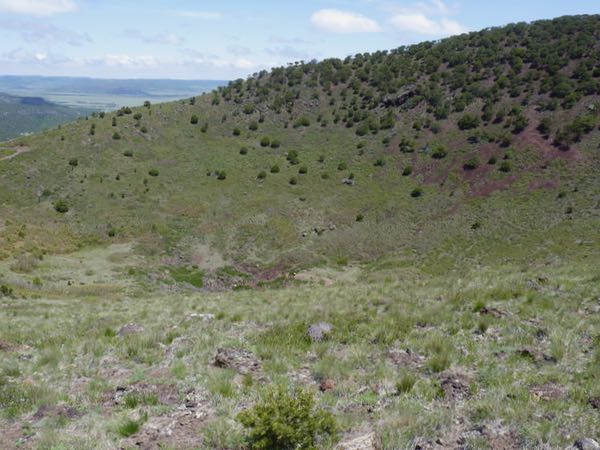 Looking down into the Cone 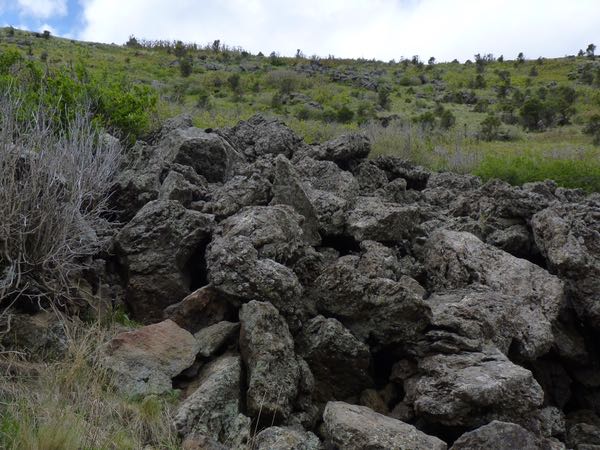 Lava rocks near the Vent 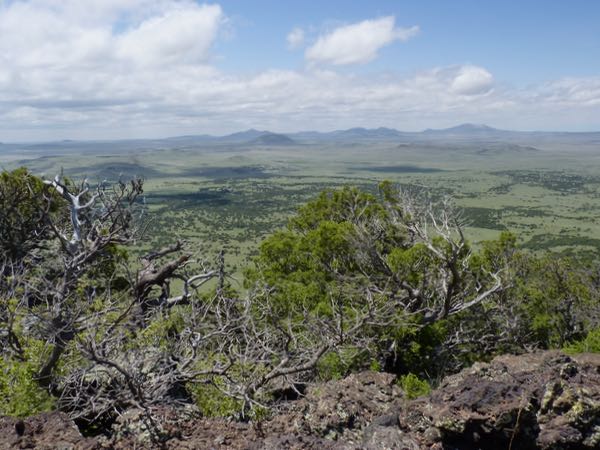 Looking from Rim to the southwest

Unfortunately, my legs were not up to much hiking. So, I limited it to part of the Rim, and into the Vent. There are also a picnic area, restrooms, and a visitor center with exhibits and bookstore. It was an interesting side trip between camps.