(nr Nathrop CO)
Cascade Falls was just a half mile hike up the paved road past Chalk Lake. It was a wonderful series of raging cascades, tumbling over rocks and logs. A goodly amount of time was spent there taking photos and sitting on a boulder watching the water splash and surge past. 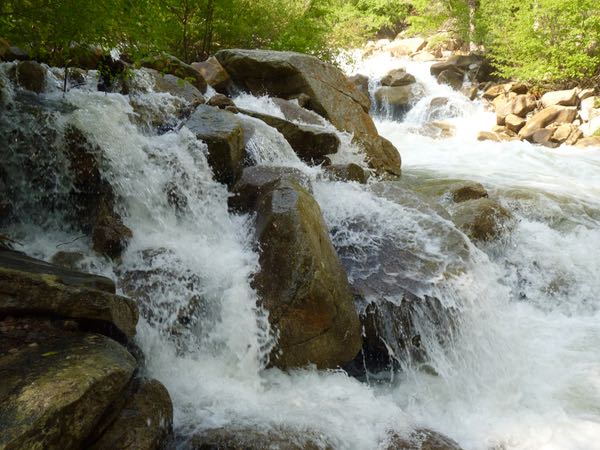 The main attraction was supposed to be Agnes Vaille Falls, part way up the mountain. Tragically, the trail had been closed due to a rockslide that had killed an entire family. So, the falls could only be seen from a distance. It could clearly be spotted from my campsite, although about a mile away. 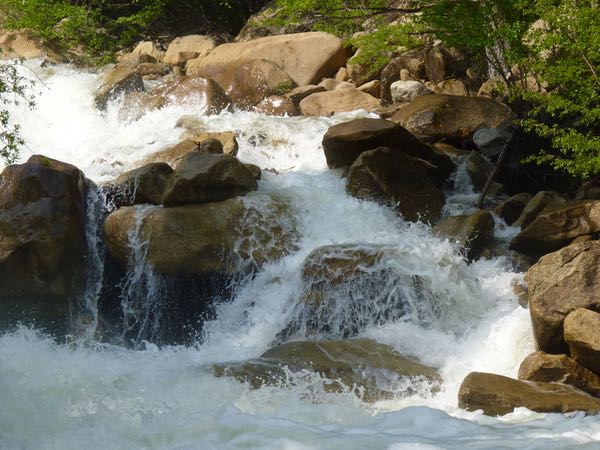 Another part of Cascade Falls 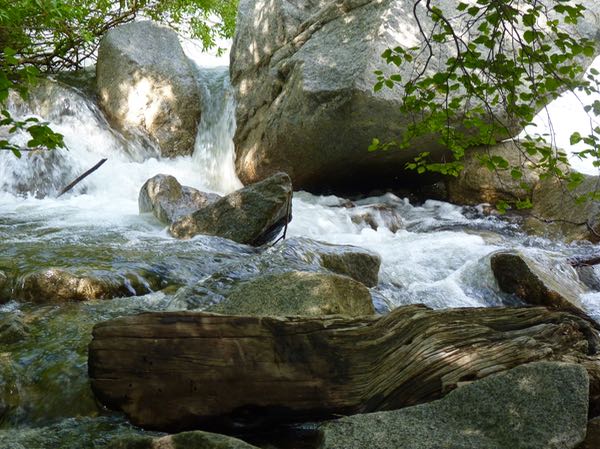 Side Flow of Falls

As I sat next to Tardis admiring the steep cliffs and tall mountains, a lighter than normal sliver caught my eye. Getting my binoculars, I found it was another unnamed waterfall on the opposite mountain from Agnes Vaille Falls. What a find! It was probably temporary run-off from snow melt. 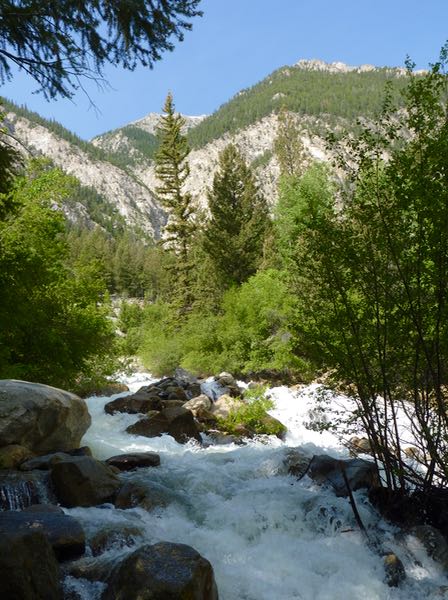 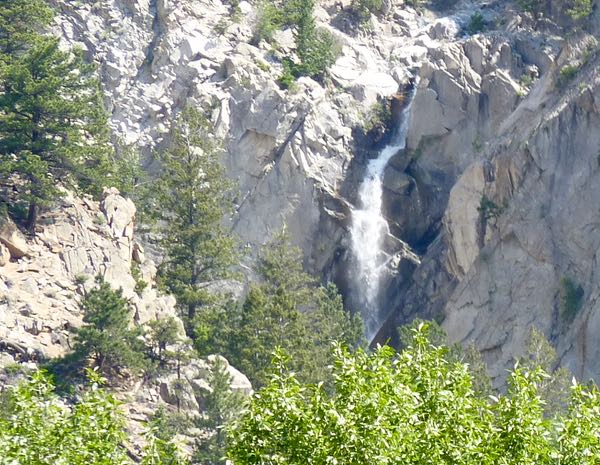 Word was that mountain goats could often be seen on the surrounding mountain ledges. A check for them proved fruitless though. The only critters encountered were birds, a chipmunk, and a cottontail rabbit. 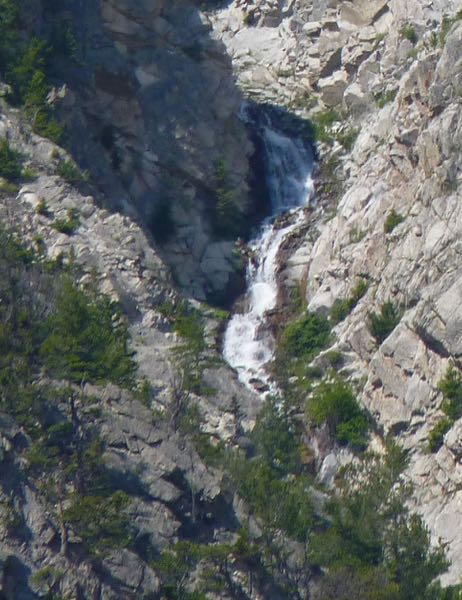 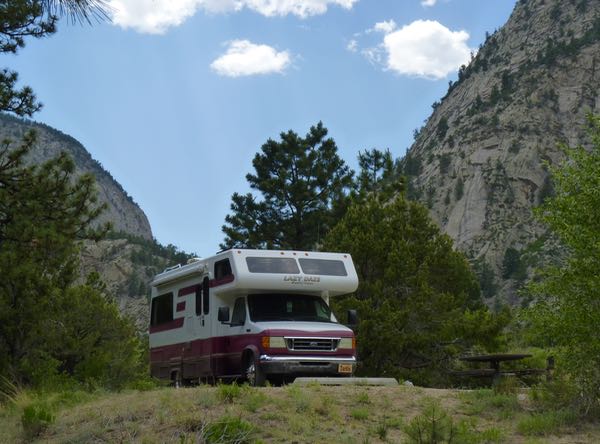 Previously, I had not even thought about going up that canyon; until I learned there was a waterfall. I’m so glad I did, and delighted with the scenery discovered.