You are here: Home › Blythe Intaglios
By Pleinguy on February 9, 2017 in SW, Travel

(Blythe CA)
About 15 miles north of town, and west of the Colorado River, was the famed Blythe Intaglios site. A gravel road led off the highway to several native geoglyphs dated to as far back as 900BC. Images of human and animal shapes were scraped into the ground on hilltops. 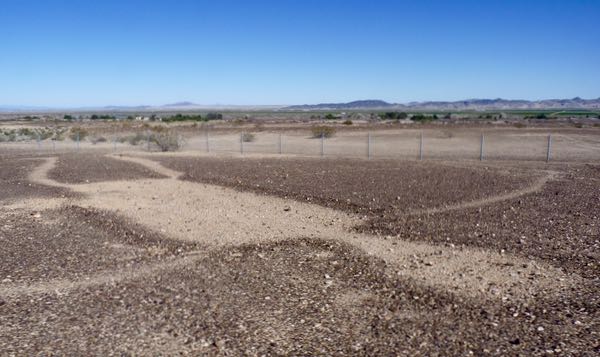 The large drawings were as much as 170ft across, and could only be adequately seen from well above. With no higher point for viewing, it made me wonder who was meant to see them. Speculation says they were used for spiritual ceremonies. Some claim they were attempting to communicate with a spirit in the heavens, or with extraterrestrials. 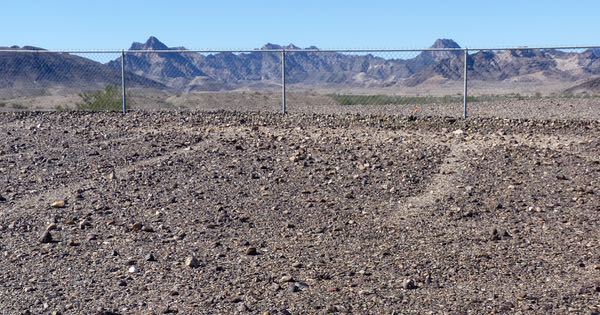 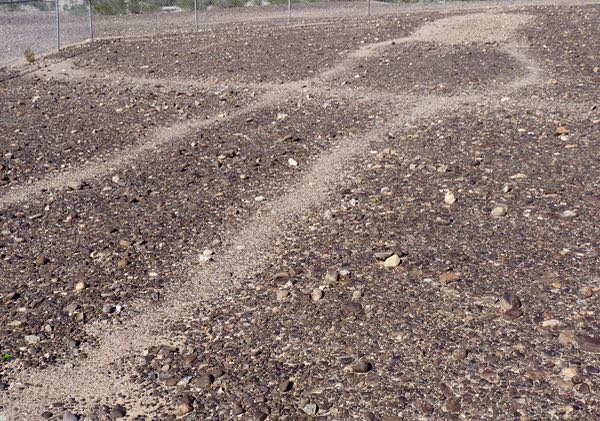 Research indicated there were dozens in the area. But, signs said there were just six drawings to see; however, I only located five. Two were not visible from the roadway, and required a hike to the top of a distant hill. Each was protected behind a chain link fence enclosure. Very interesting stuff indeed. 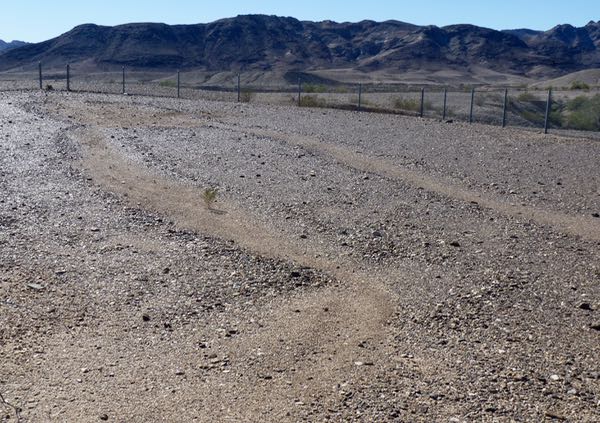 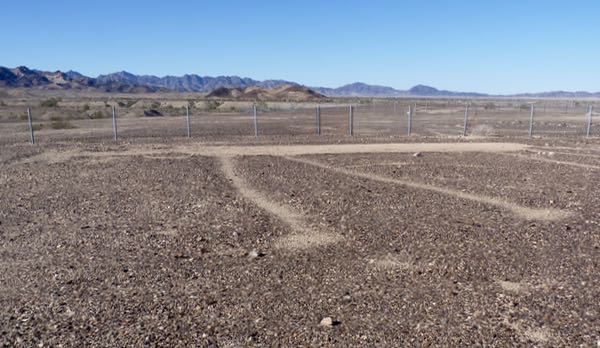 Afterward, I camped at a spot in the desert about 10 miles north of Blythe by the Big Maria Mountains. Several other rigs were there; but, were well spaced apart. I recognized one of them out on the edge; but, did not interrupt their solitude. 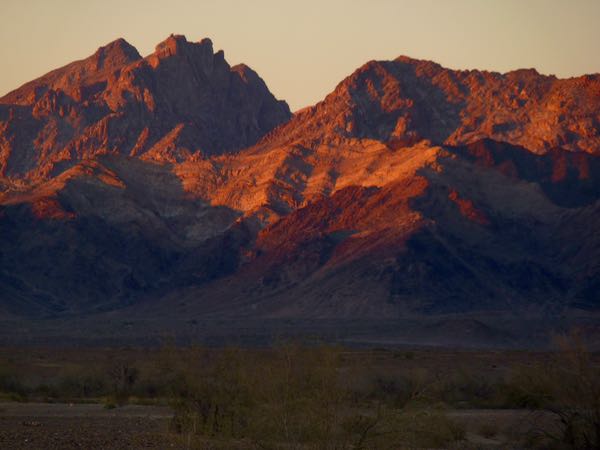 On the way to camp, I stopped in town for a bar-b-q sandwich at Rebels BBQ which was very good. When leaving I had a delicious turkey sandwich at A&R Bakery. And, they put out fresh apple turnovers just as I was leaving which I couldn’t resist getting for later.