You are here: Home › General Patton Museum
By Pleinguy on February 14, 2017 in SW, Travel

(Chiriaco Summit CA)
The General Patton Memorial Museum was located near the headquarters for the Desert Training Center established during World War II. Here Patton directed the building of twelve camps over an 18,000 square mile area, from southern Nevada to the Mexican border, encompassing the desert in parts of Arizona and California. At the time, it was the largest training area in the world which prepared over a million troops for battle. 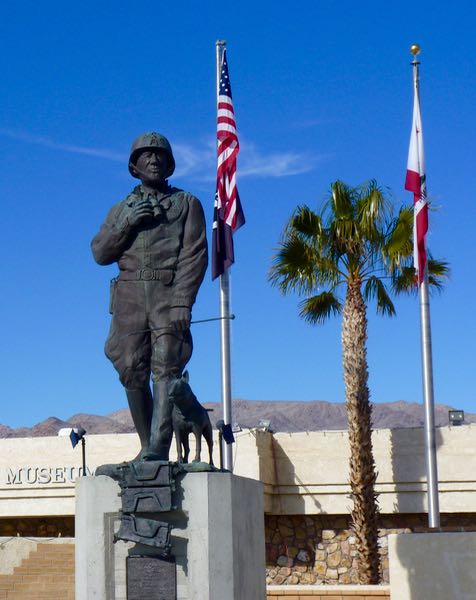 Soon after Patton set-up the DTC, he was called to plan the invasion of North Africa where his tank corps assisted the British in defeating Rommel, known as the Desert Fox. Then, his troops swiftly took Sicily, establishing a foothold in Italy. Afterward, it was on to France where his 6th Armored Division moved rapidly into Germany. Their efforts during the Battle of the Bulge were decisive. 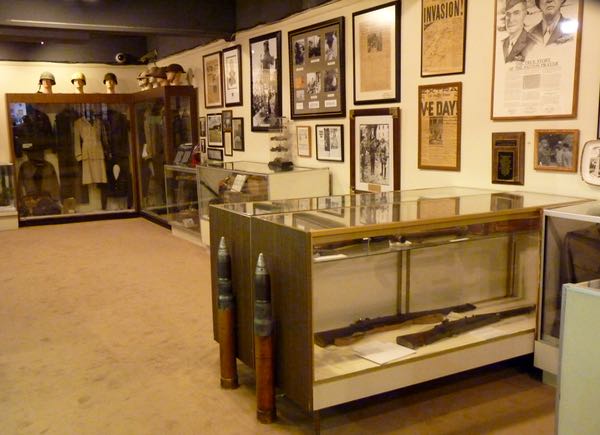 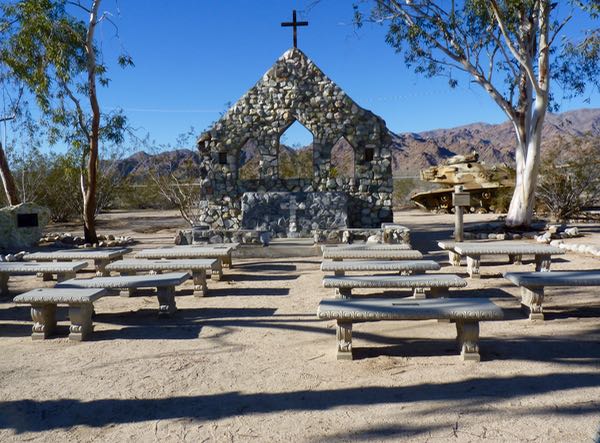 Outdoor Chapel for Troops in Training

His forces covered more territory in less time, captured more places, and killed more of the enemy with the least casualties of his own troops, than any other unit in American history. His strategy of being continually on the attack helped to end the war in Europe. Considered one of the most flamboyant leaders, General Patton was also one of the most successful. 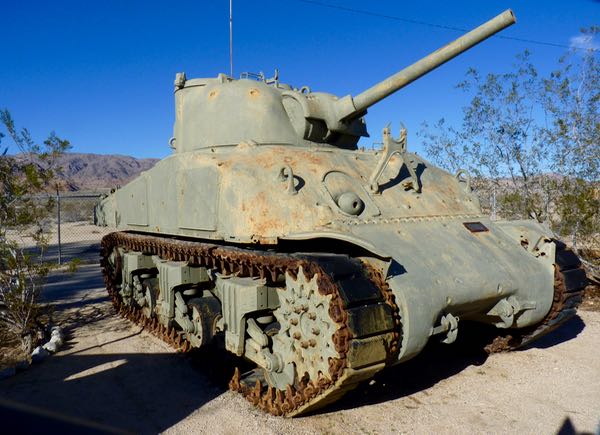 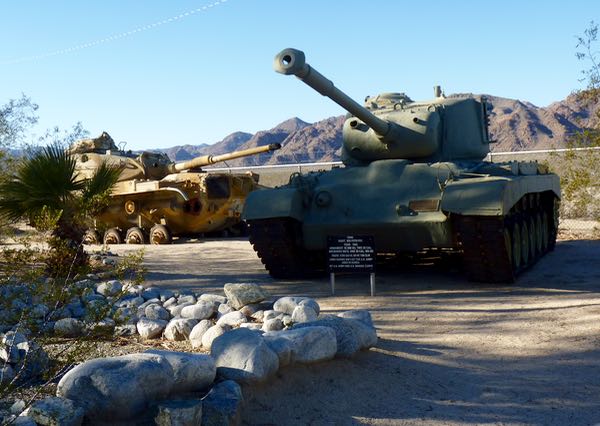 Despite leading his men into many battles, which endeared him to his soldiers, he survived the war only to be killed in a car crash a few months later. The museum tells his story, and also that of others of the military that have served the nation.