(Carlsbad NM)
The Pecos River Flume was originally built of wood in 1890. However, it was eventually washed away in a flood, and replaced with the current concrete structure in 1903. It is still in use today (although not in the best of condition) providing water that irrigates area farms.

The flow comes from the Avalon Reservoir upstream, which is dammed on the Pecos River. Thus the flume is known as the only place a river crosses itself. A path leads to the top where you can see the irrigation ditch. 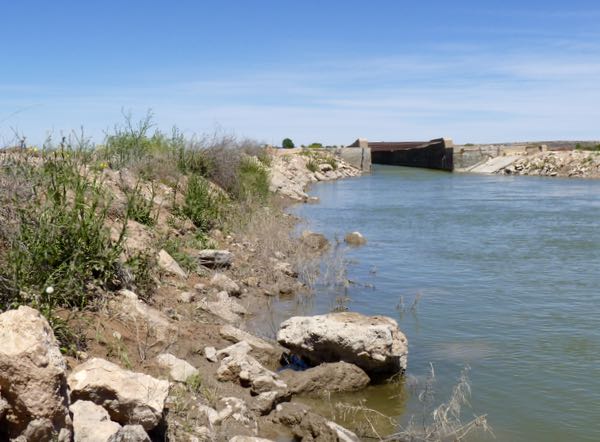 Irrigation Ditch at top of Flume 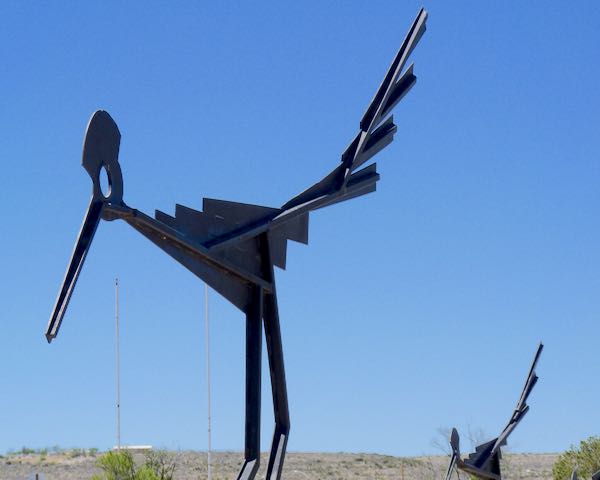 Across the road from the viaduct was the small Heritage Park. There were some plaques explaining the flume and the history of the area. Plus, some nifty metal sculptures of roadrunners, a windmill, and a walkway along a landscaped streambed surrounded a picnic shelter. 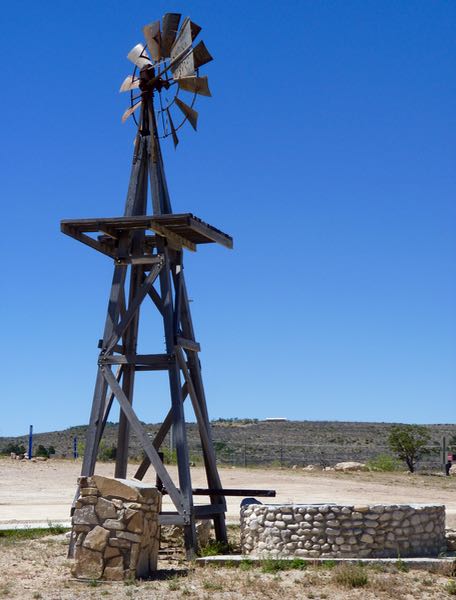 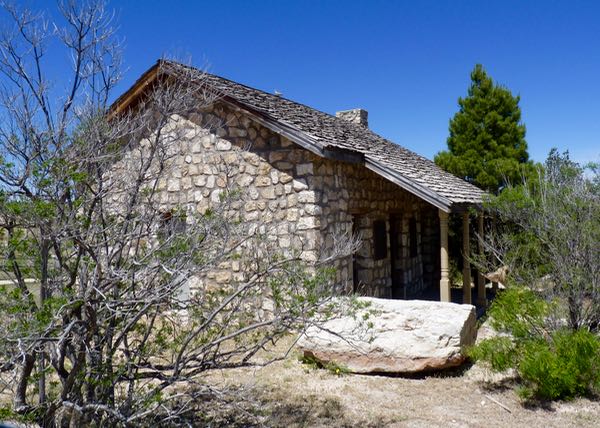 Within the park was the Eddy House, believed to be the first permanent structure in the county. It was disassembled and reconstructed on this site.The stone cabin was built in the mid-1880s, and used by several families over the years; including the namesake of the county, and also a founder of Carlsbad.