(Capitan NM)
In 1944, the National Forest Service began an advertising campaign to reduce the number of man-caused forest fires. A character of a bear was used in posters and ads to get the message out to the public. They named it Smokey Bear. 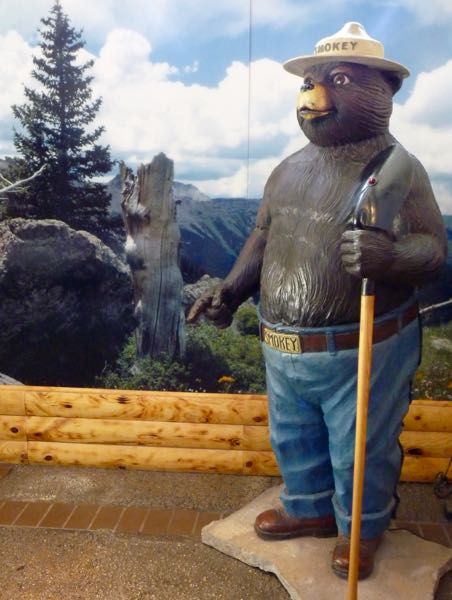 Fast forward to 1950, when a disastrous fire erupted near town, started by a cigarette butt. The Los Tablos blaze soon expanded to include the Capitan Gap fire, destroying 17,000 acres of forest and grasslands. 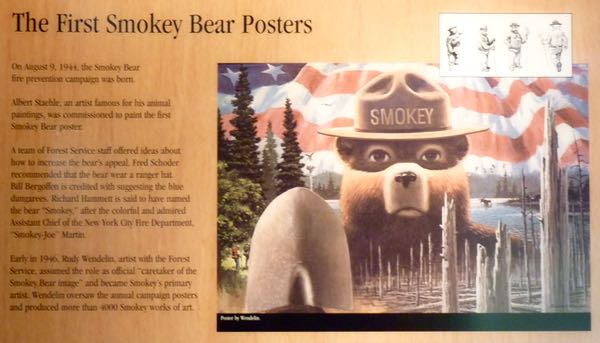 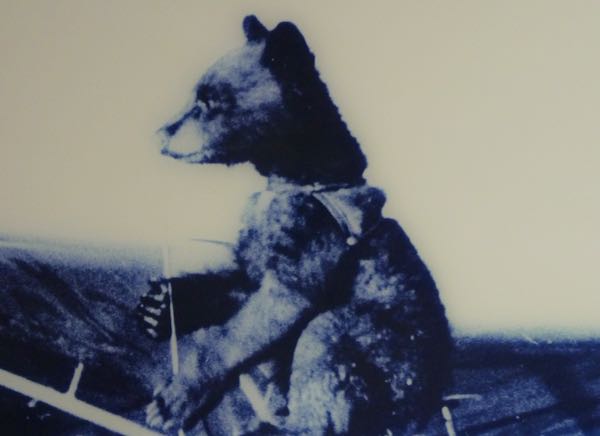 During the firefight, a young bear cub was found clinging to a burnt pine tree trunk. It was rescued and nursed back to health. The clever game warden named the cub Smokey Bear, thus it became the living symbol of the effort to prevent forest fires. 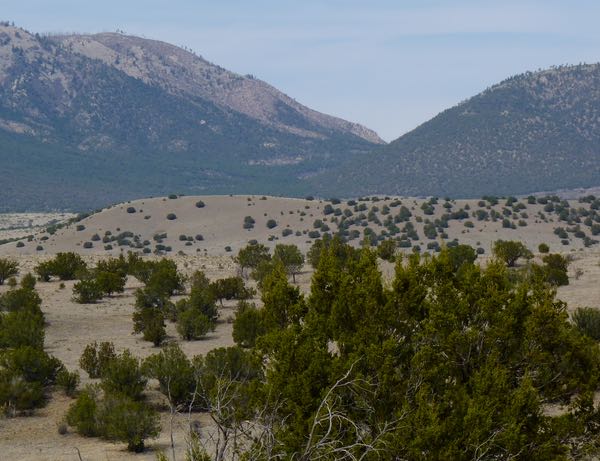 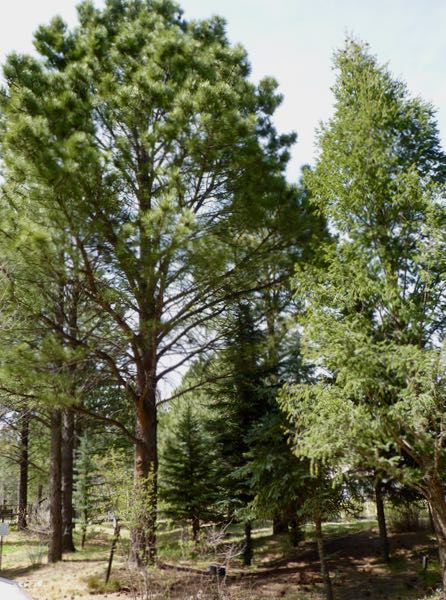 Trees in the Park

Smokey was soon sent to the National Zoo, where the public could see him; and, he became the most famous animal in the world. There, he lived out his life. When he died at 26 years (very old for a black bear), he was returned to Capitan, and buried in the park created in his honor. 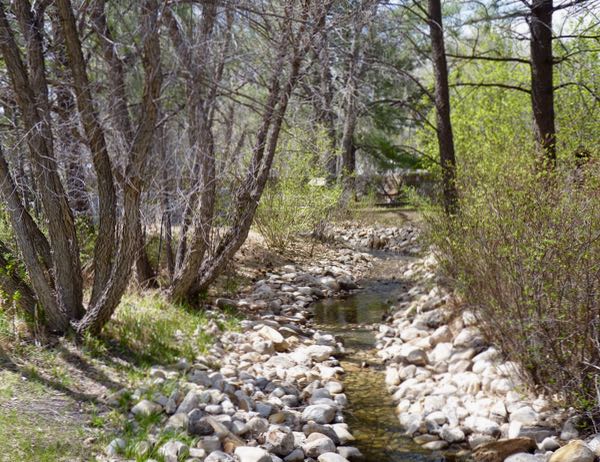 Creek in the Park 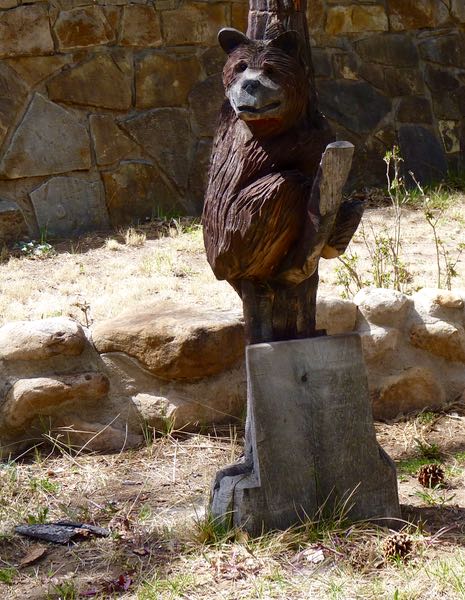 A walkway, through the park, meandered by trees and other plants common to the region’s forests. The museum told the story of Smokey, the role of forest fires in nature, and the efforts to manage them. The original log cabin museum is now the gift shop. It was a much more interesting visit than I expected. Remember, only you can…