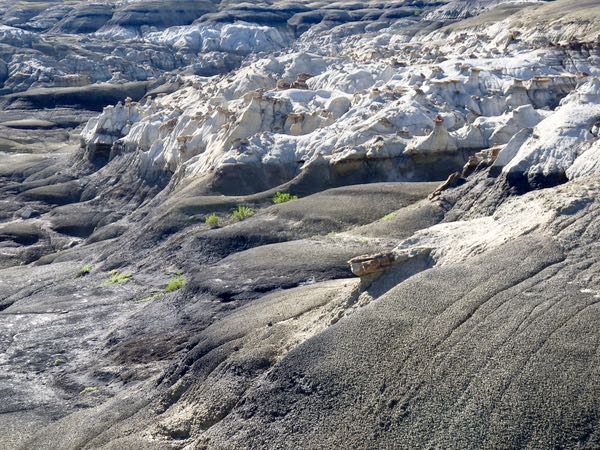 The area is referred to as badlands, with odd rock formations, rough hills, caverns or cave-ins, box canyons, and sandy terrain. Some of them have earned names like the Egg Hatchery, Rock Garden, The Ostrich, Knight’s Arch, etc. 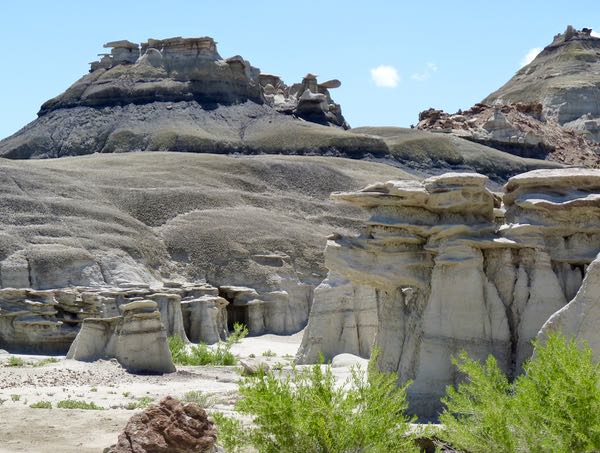 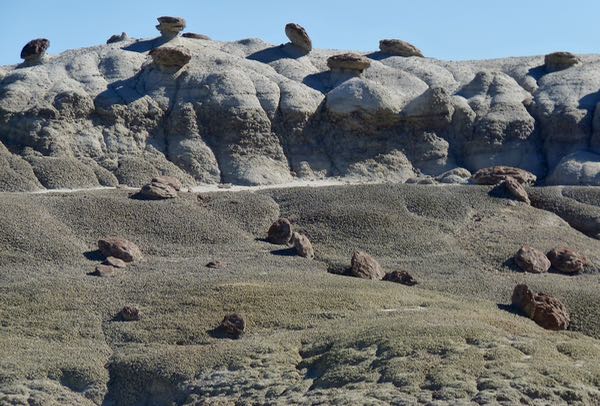 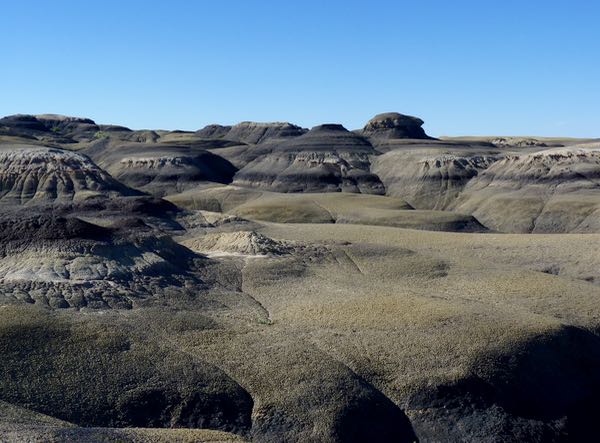 A map at the trailhead kiosk showed an overview of the wilderness, with approximate locations of the named features. However, there were no defined trails or signage once you entered the gate; you were on your own. I took a picture of the map with my iPad mini, noted the GPS of camp, and brought along a compass. 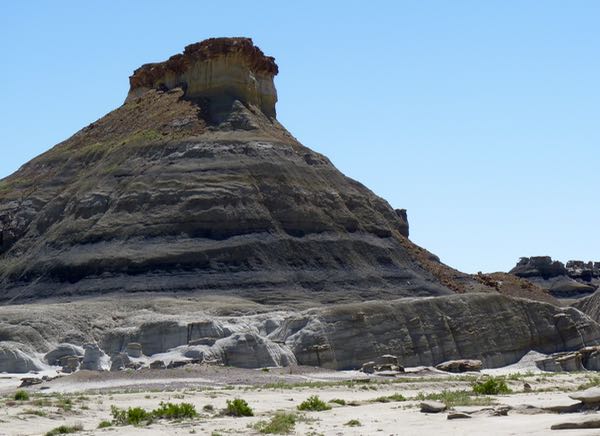 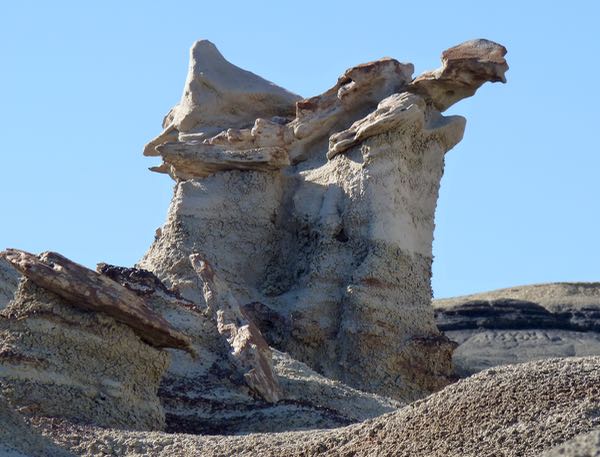 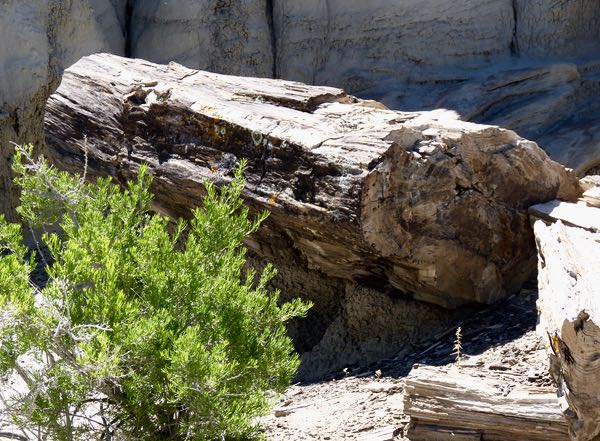 Once I reached an estimated two miles out, I began searching around looking for interesting things. I came across what I think was the Rock Garden, some hoodoos, and a few scattered petrified logs. 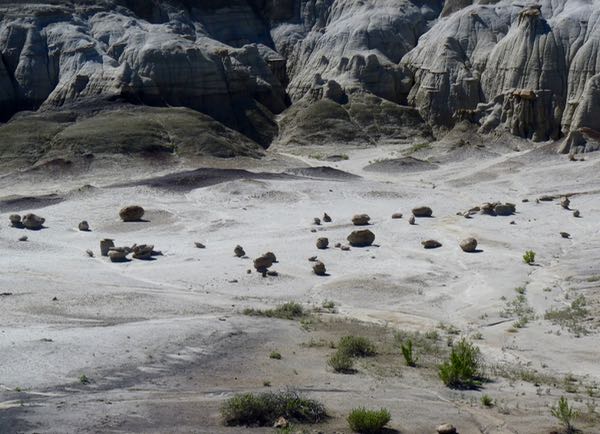 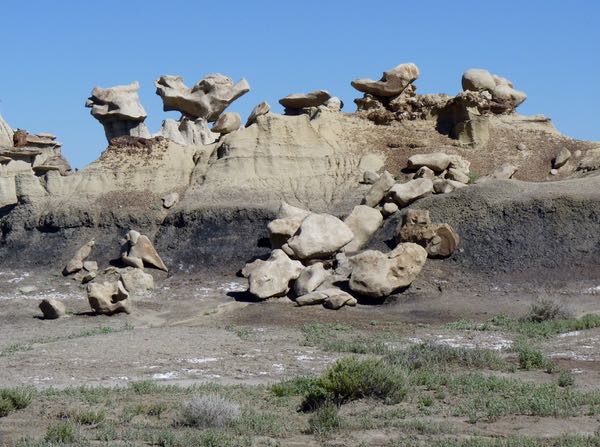 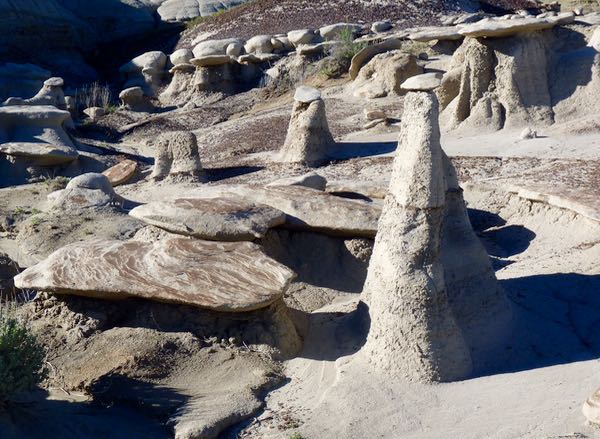 I hiked up into the hills hoping to find something, but soon found it was a mistake. Loose footing, deep crevices, and cave-ins made for a treacherous trek. I believe that I spotted the Egg Hatchery while up there though. 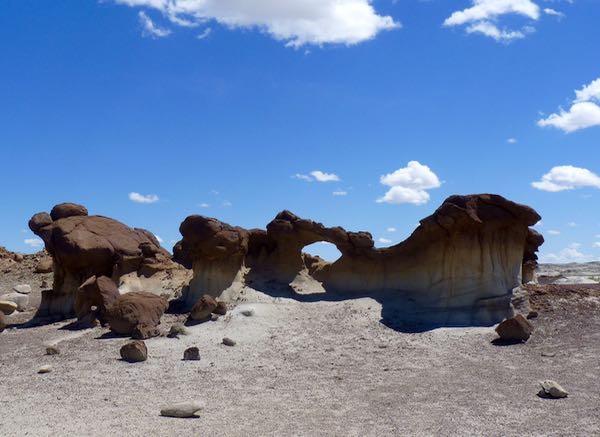 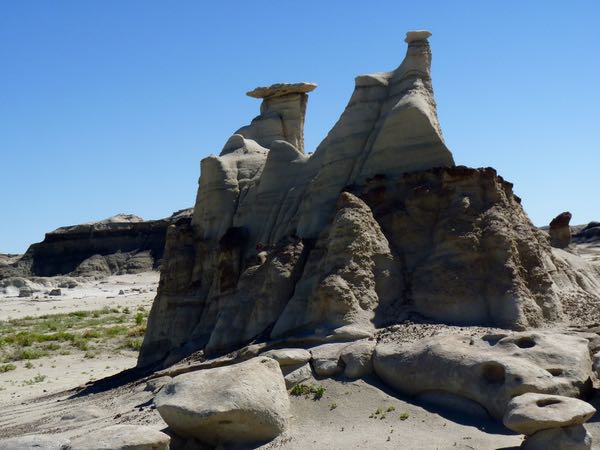 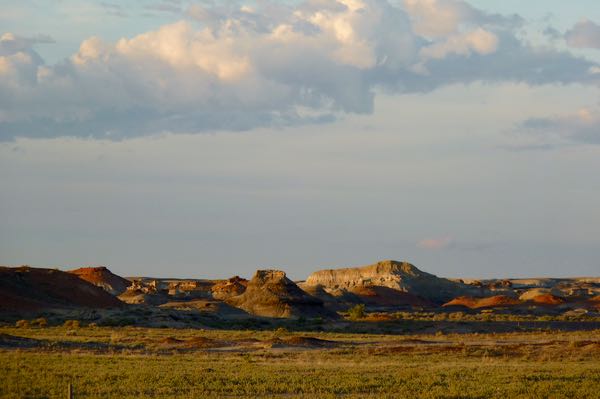 After wandering about, without much luck finding named formations, I began the return to camp using landmarks I had noted. They gave me little more than a general direction; but, that was good enough. I finally made it back having spent about four hours meandering.