(nr Tsaya NM/NN)
The day before my trek into the Bisti Wilderness, I checked out an area across the road from the parking lot. While outside the designated area, it looked interesting. So, I went traipsing around to see what I could find. 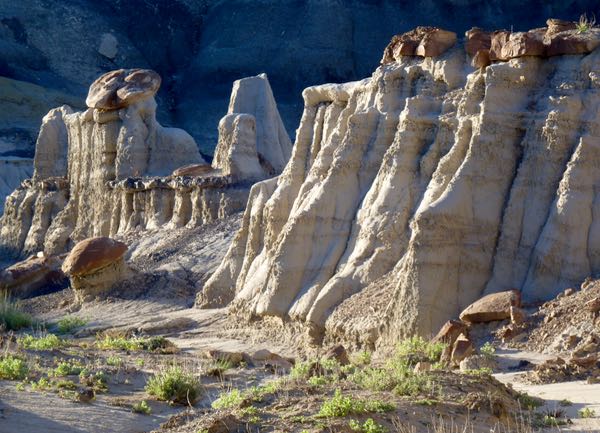 To my surprise there were some really interesting rock formations. Like a window in a rock, balanced rocks, pre-hoodoos, and what looked like an animal head. Not shown is what I called a whale, and a possible coal mining cavern. 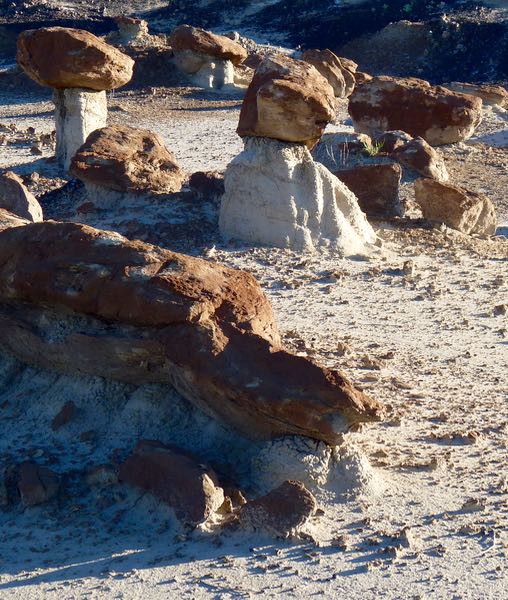 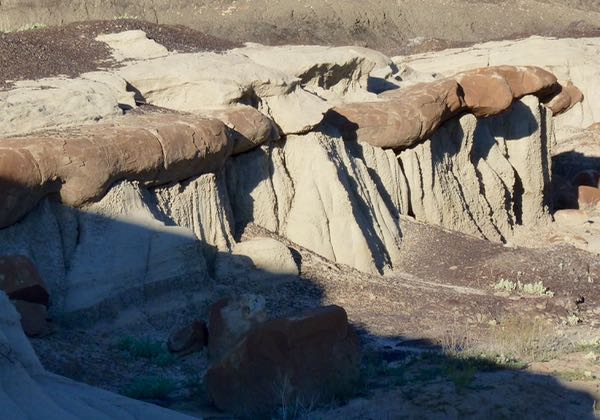 I also saw some really unexpected things, too. For instance, an old ringer washing machine, and a 1940-50s era wrecked car (unidentifiable make). The odd thing is that they were way far off the road, and in some pretty inaccessible spots. 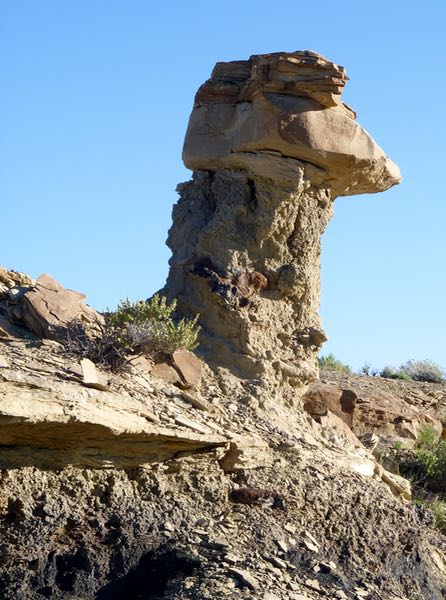 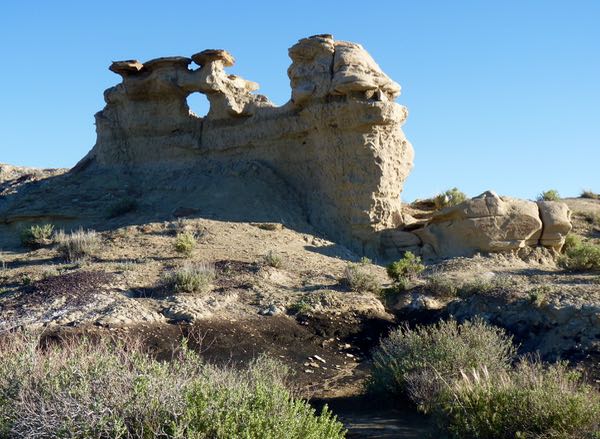 I thought it would be a preview of the Bisti Wilderness; but really, it turned out to be quite different to my surprise. Sure glad I took that stroll out into those rocks, though.