(Los Piños NM)
Boondock camping next to the Río de los Piños was recommended to me by an RVer during my travels. So naturally, I had to go check it out. It was several miles south of Antonito CO, and then down a gravel road, which took me across the stateline into northern New Mexico. 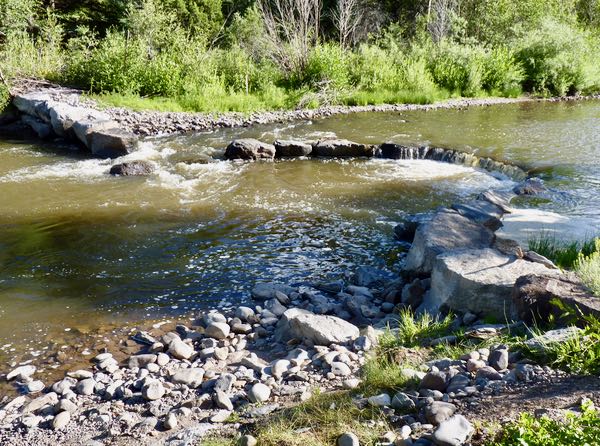 There were four spots along the river for camping. I chose one and then scouted the area. The river didn’t have much water, but there were a few nice views. Lots of shade trees and moisture provided conditions ideal for swarms of mosquitoes. So, little time could be spent outside the rig. 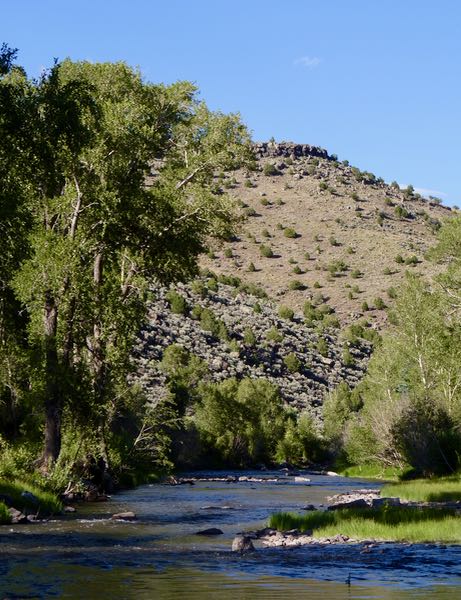 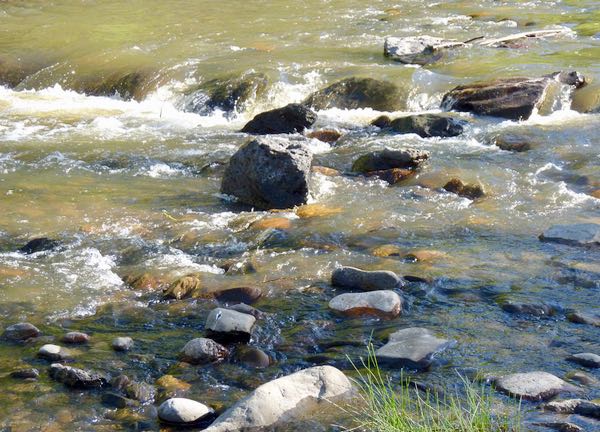 Rocks in the River

On the other side of the road were some cliffs, and some high ridges across the river. It wasn’t as picturesque as I thought it would be. The bugs made it less comfortable than I wanted. Glad I went to see it though. Perhaps a different time of year would have been better. 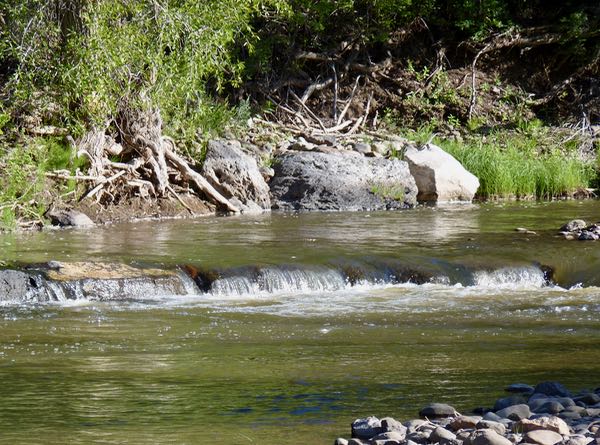 Short Drop in the Water 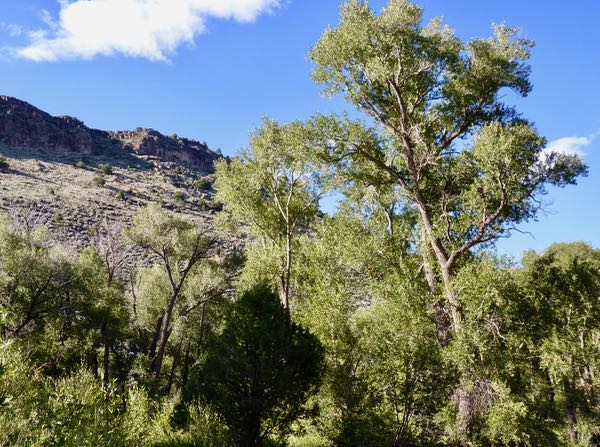 Cliffs across the Road

After a couple of days, I moved on to another camp at a higher elevation. It was still August, so something cooler was more desirable.

Trujillo Meadows
Rocks in the Woods