(nr Cañon NM)
The Gilman Tunnels were built in the 1920s to facilitate removing timber from the surrounding mountains and mesas. The route was originally a railway bed; but, is now a paved road until just beyond the tunnels. Then, it became a gravel road that continued up the mountains. 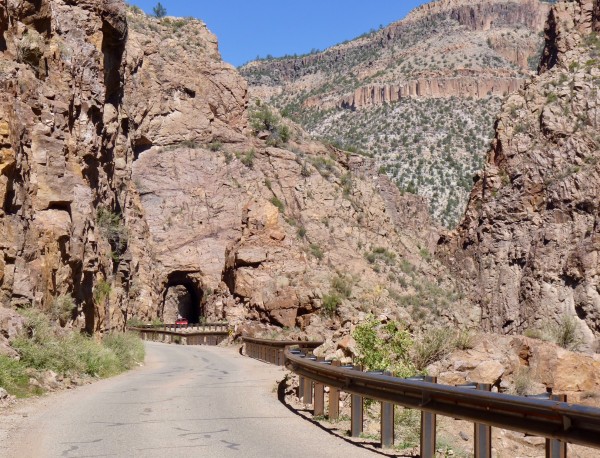 Following the Río Guadalupe, the road traveled through a rugged redrock canyon. Tall cliffs, on both sides, reached up to the mesas. Approaching the tunnels, the road narrowed to one lane; so, honking the horn was advisable before going around blind curves or entering the tunnels. 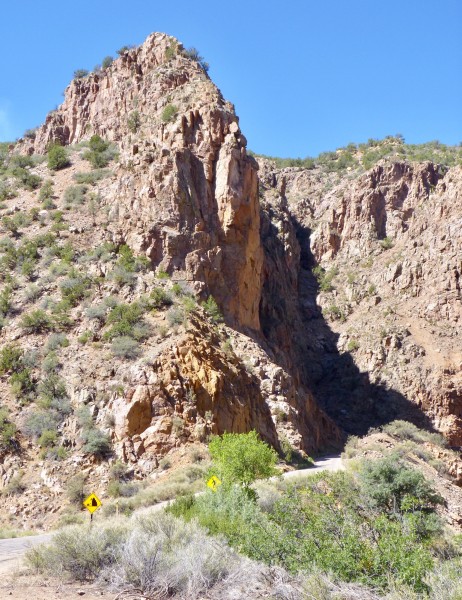 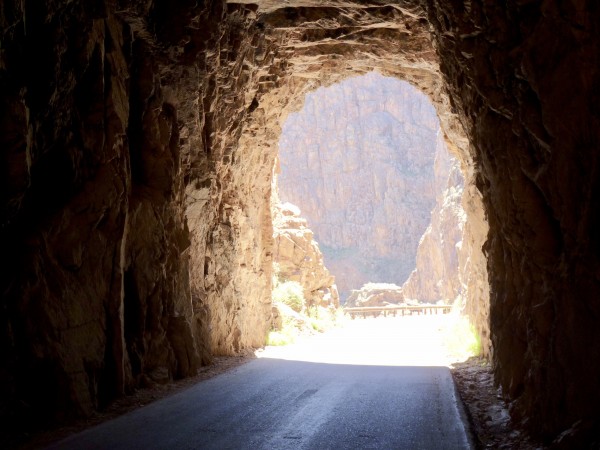 From Inside looking Out

A few pullouts provided for taking photos. I parked Tardis, and then walked. Drop offs at the edge of the road plummeted to the rocks below. That made for some nice shots of the canyon. 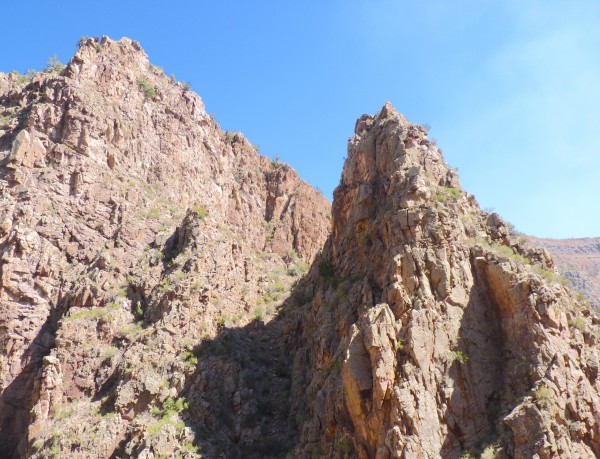 Scene Near the Tunnels 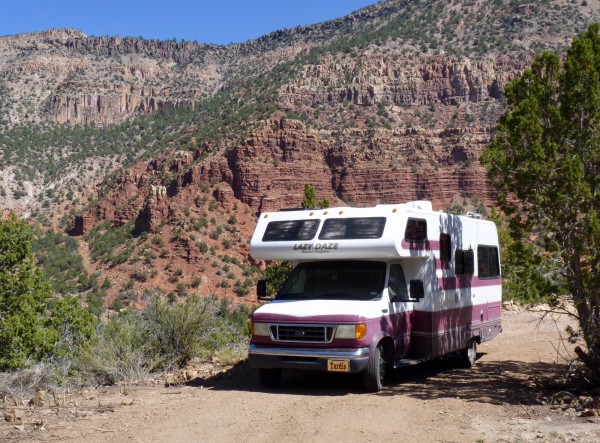 Tardis Parked in a Pull-out

These tunnels have been filmed in several movies, including the recent Lone Ranger movie. It was indeed a scenic drive.