(nr La Cueva NM)
After a few days, I moved to another boondocking camp in the Jémez Mountains. Research showed that there were some interesting Tent Rocks nearby. So, when Tardis was set up, I hiked up the road to find them. Just over 3/4 of a mile there was a sharp turn where the rock formations could be seen, with some effort. 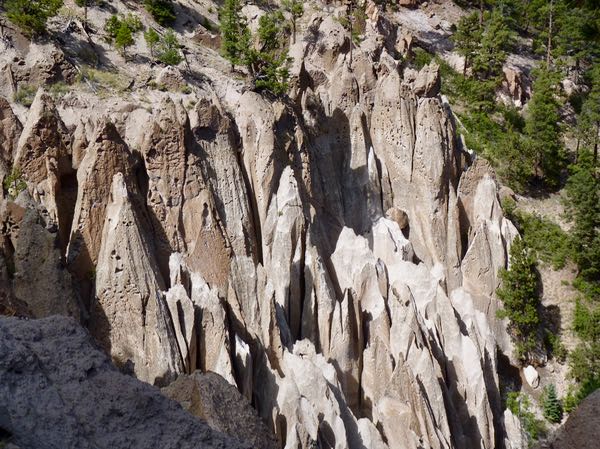 Since I was above them, atop the cliff, getting a good view was rather difficult. I rock crawled, grabbed tree branches, and laid on my belly to get a few photos. Some spots were a bit precarious, and called into question my sanity. In the second photo, the tree on the left was clinging to the edge; and so was I. 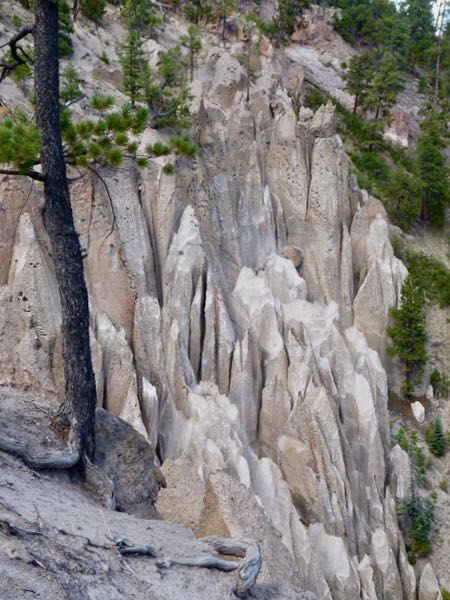 From the Cliff Edge 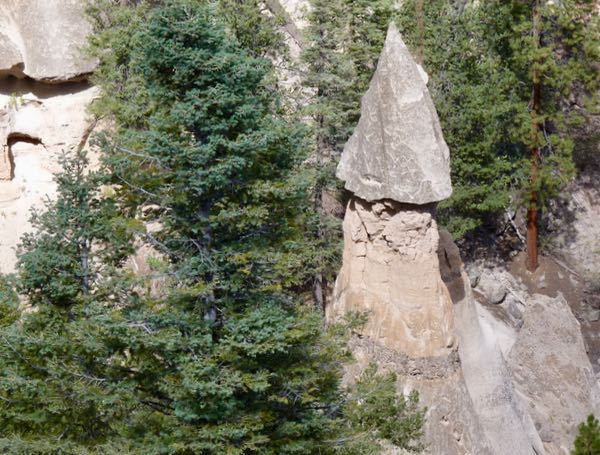 Close Up of Tent

There were other shaped rocks too. Perhaps in the early stages of becoming tents. Trees were surprisingly growing in and around the rocks. Far below was a gravel road. But, I believe it was on private property. 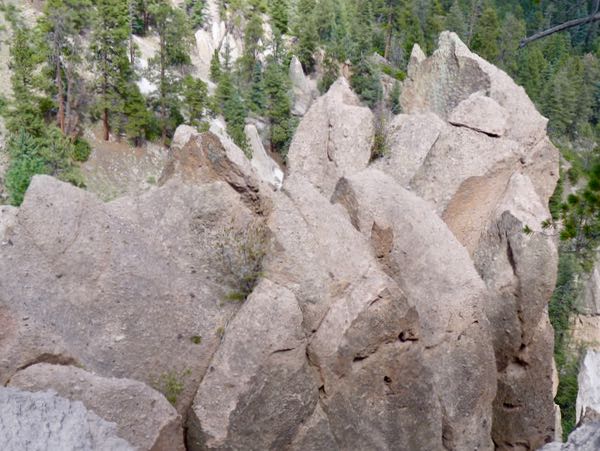 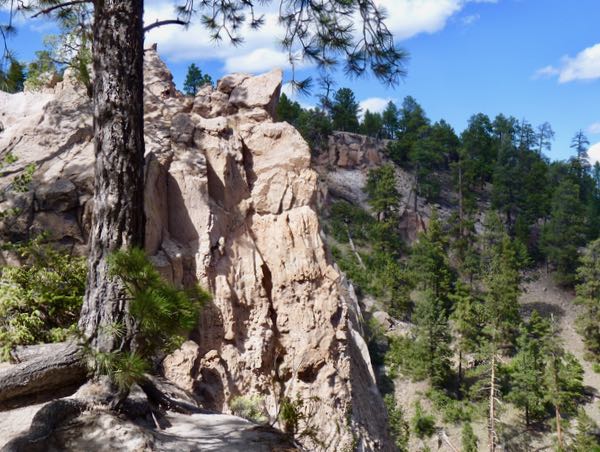 View at the Top

After escaping, without plunging to my end, I took a trail through the forest on the return to camp. It was a more pleasant way, and mostly paralleled the road.