(nr Grants NM)
My route took me within about five miles of the Dittert Site Ruins. It was found south of the El Malpaís National Conservation Area, and just inside of the Cebolla Wilderness. A trailhead was found 1 1/2 miles on a dirt 2-track. 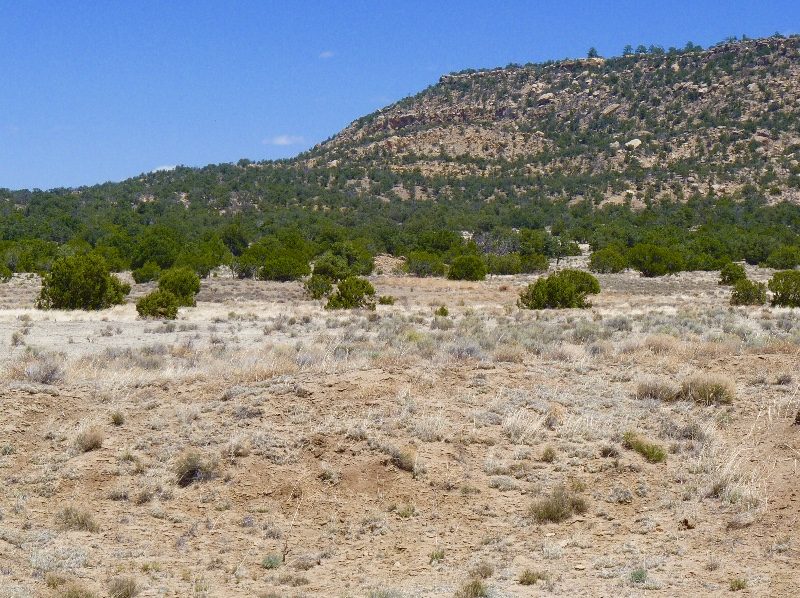 From the parking spot, it was a hike of about 1/2 mile across an area strewn with shrubs and juniper trees, down and out of a deep wash, and then to the site. Luckily, I had a GPS reading, else it would have been difficult to find. 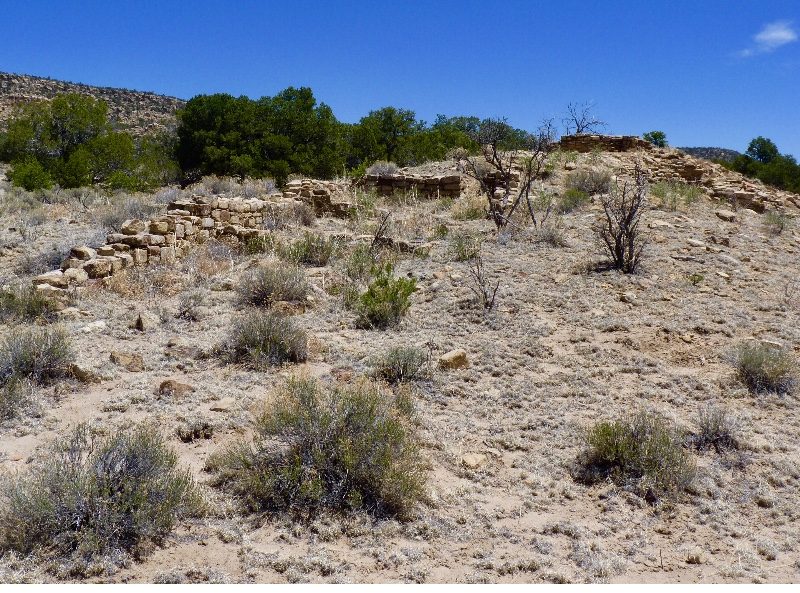 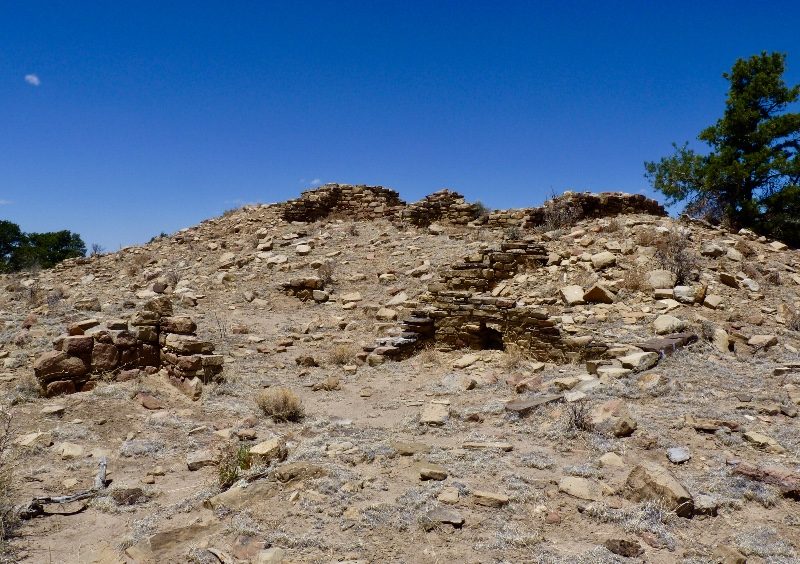 Crest of Hill with Walls

Built of sandstone blocks around 1200, by ancestral pueblo people, it originally had two stories and up to 35 rooms plus a kiva. This pueblo was the primary unit of more than 60 such sites discovered in the region which were connected by primitve roads. 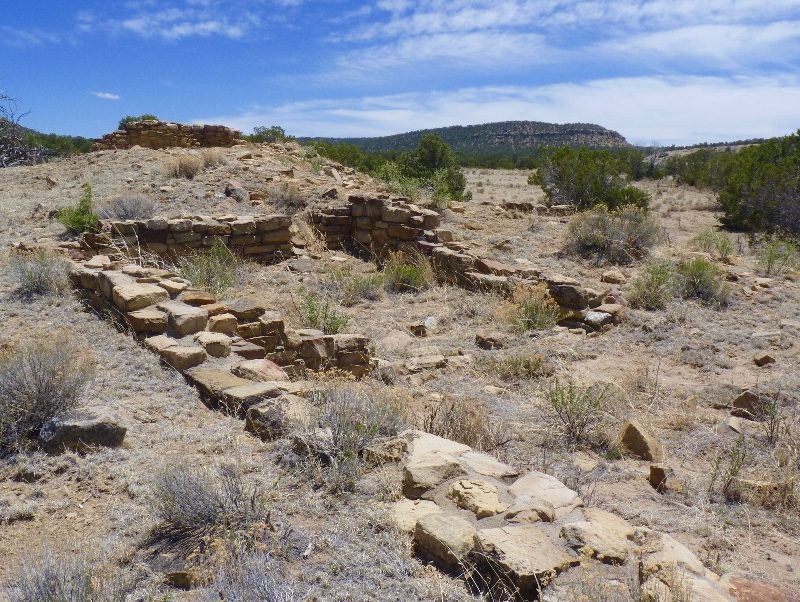 Another View with Rooms 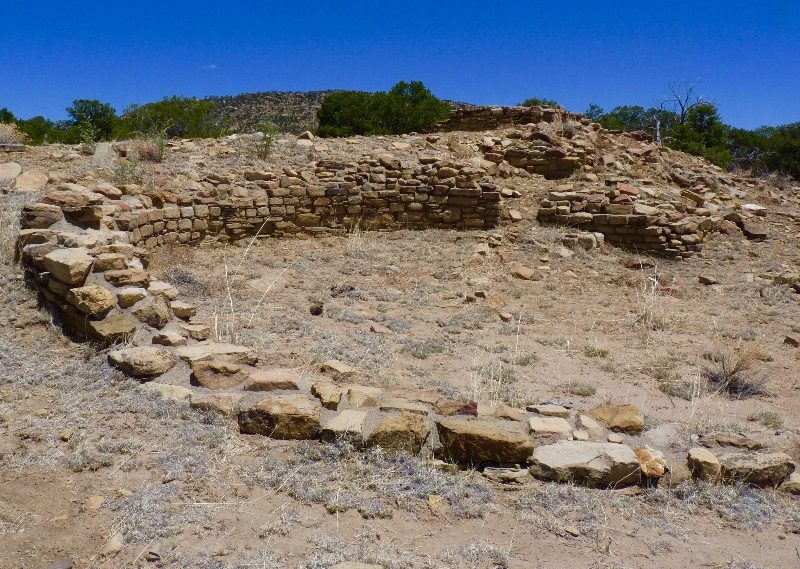 Remains of the Kiva

Such a large community and a nearby water supply would have supported a good life. However, a 50 year drought began around 1250 which likely caused them to abandon their homes in search of a more hospitable location to settle. 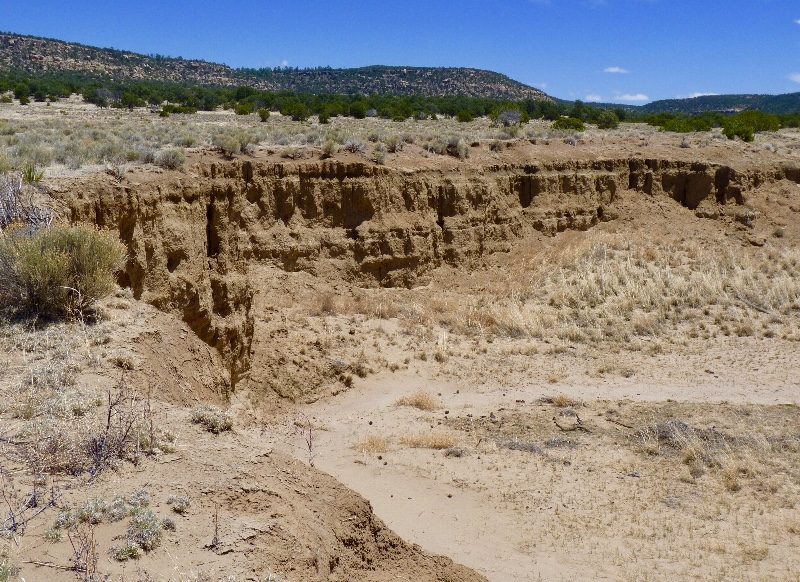 Wash had to be Crossed

The setting was at about 7,300ft, and close to an even higher mesa. It reminded me somewhat of the Casamero Pueblo ruins about 60 miles north. While not an impressive set of ruins, I still enjoyed visiting this easily accessible site.