You are here: Home › Old Fashion Christmas
By Pleinguy on December 14, 2018 in SW, Travel 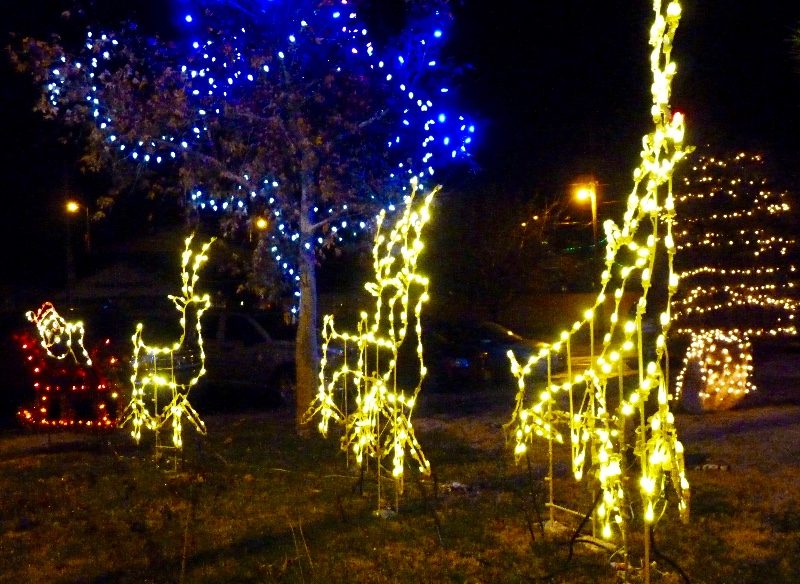 A tree lighting next to city offices kicked off the celebration which included many more light displays in addition to the trees. The plaza next to the Visitor Center was also lit up; as was a small park on the far end of town. Store fronts were gaily decorated, and music of the season could be heard. 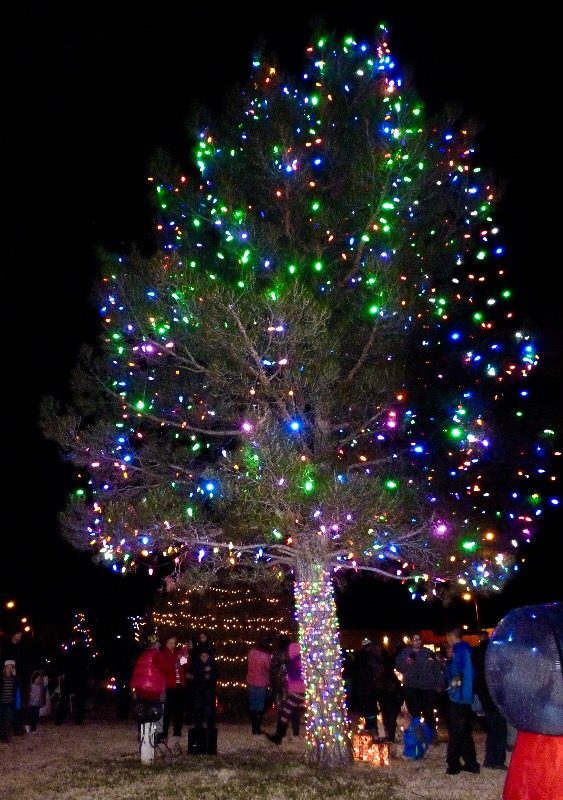 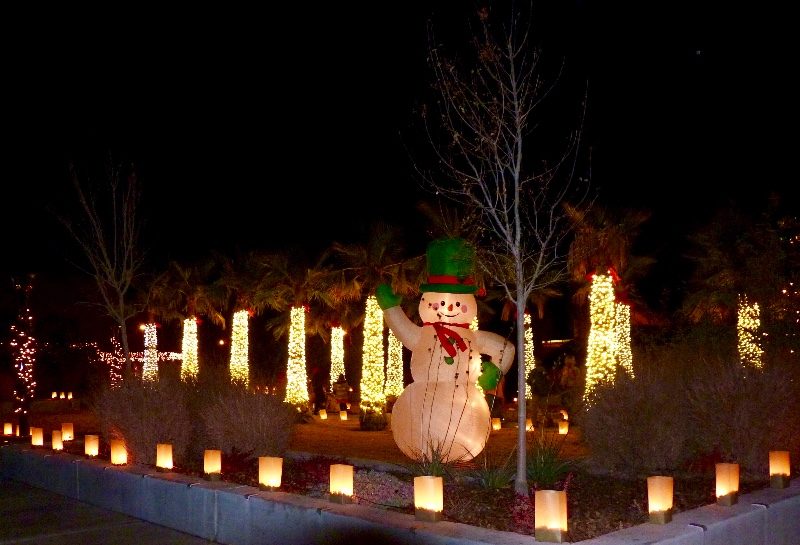 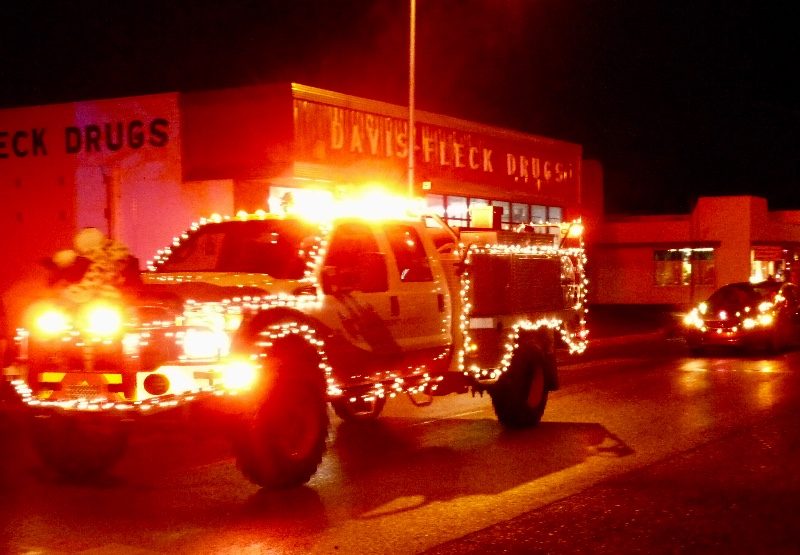 Santa Claus arrived on a noisy fire engine draped with strings of colorful lights. He and his elves greeted the many children with glee and candy canes. Later, there was a Christmas play performed by children. 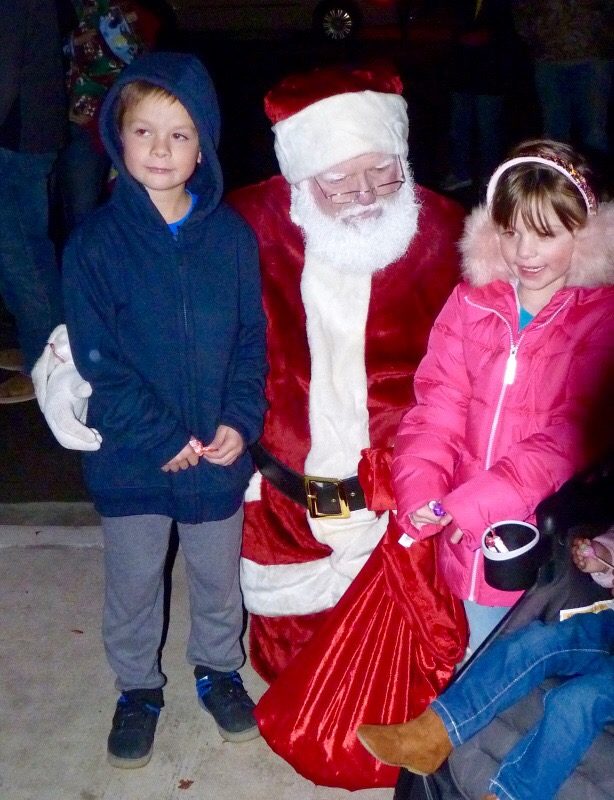 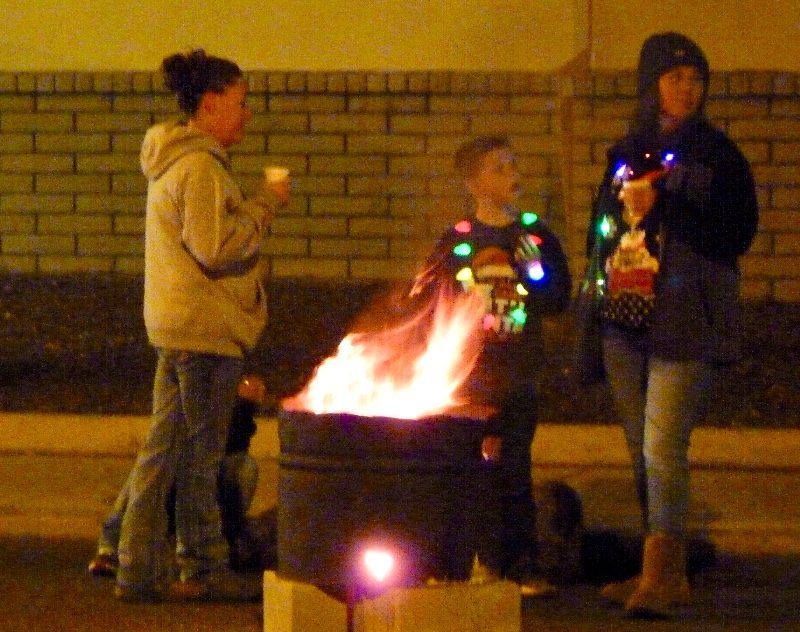 Getting Warm by a Barrel Fire in the Street 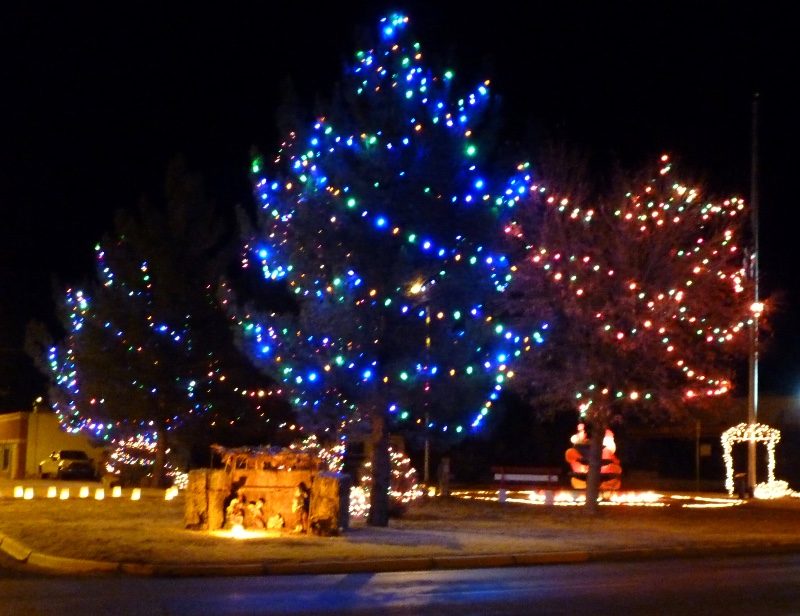 Another Park Lit Up

Barrel fires along the main street had people gathered around to get warm, and sipping hot cocoa. A local church provided a stable and Nativity scene with live actors. Turkey, ham, and side dishes were available at a pot-luck dinner; followed by the play. 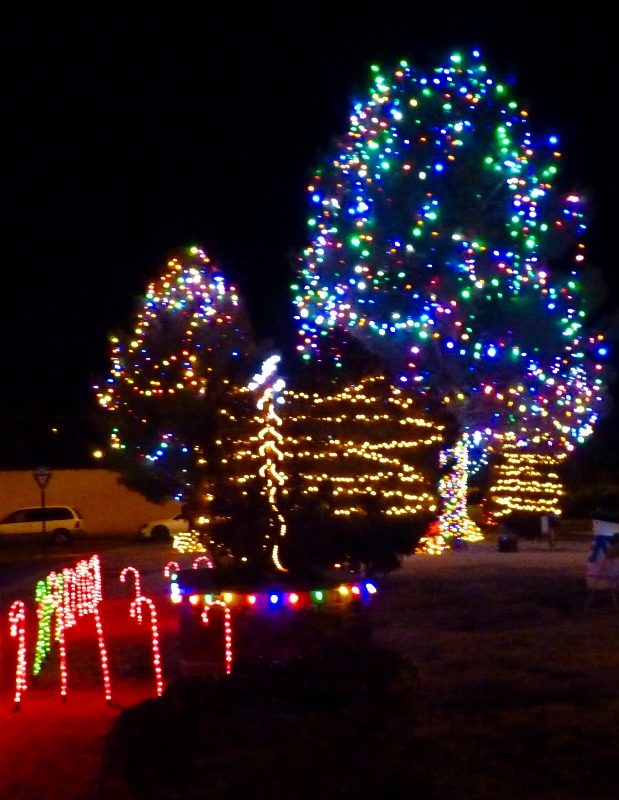 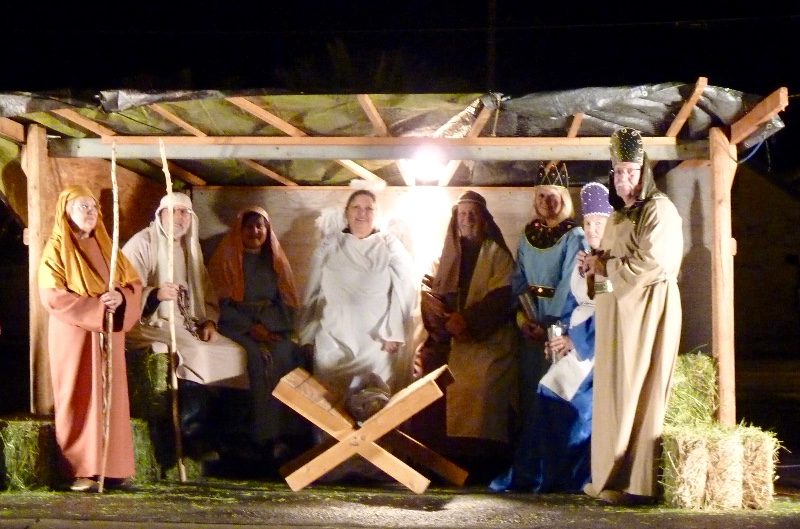 An occassional very light rain fell, which could easily have been snow had it been a bit colder. That would have been a nice touch. It was a fun night with friendly folks celebrating the season.