(Moab UT)
My tour of Arches National Park started on a nice sunny day. However, it soon turned cloudy and remained overcast eventually turning to rain. I had saved the best arches for later in the day when the sun position was supposed to be better for photos. As a result, many of the arch pictures appear dull. Just my kind of luck! 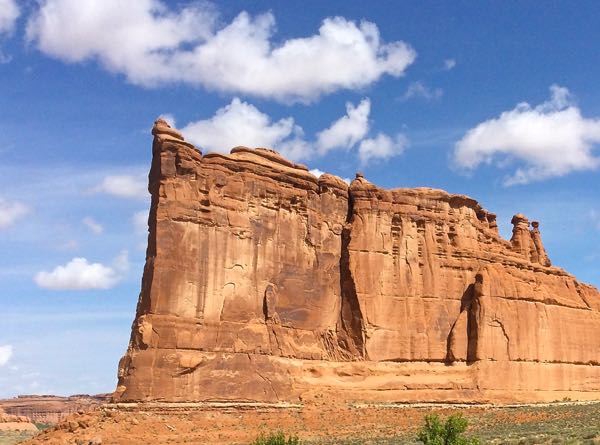 I first drove the 18 mile scenic road, stopping at viewpoints along the way. At the end of the road, Devil’s Garden trail had many interesting cliffs and rocks, and led to Landscape Arch. Further on were more arches, but time and legs wouldn’t allow the longer hike, and still see the others. While there I had lunch in Tardis. 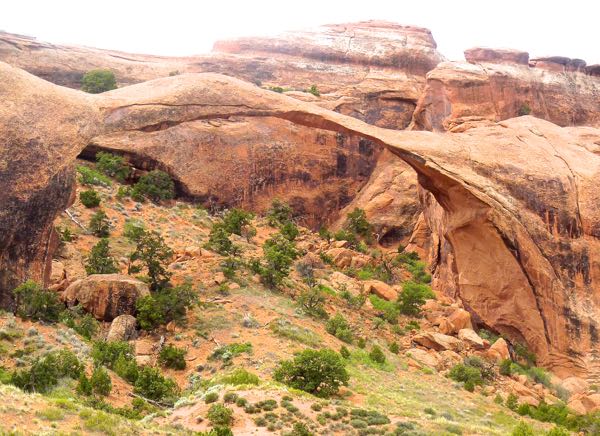 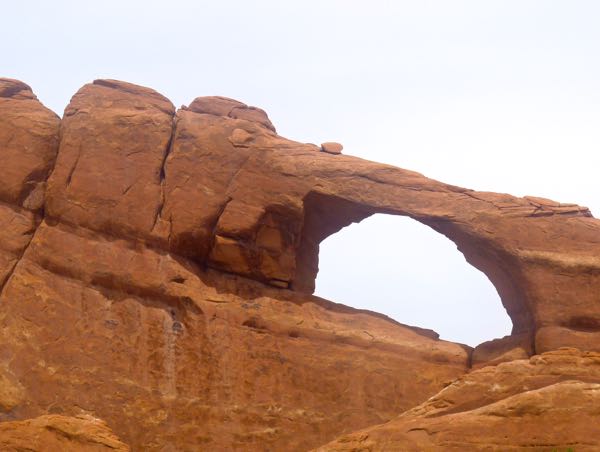 Then, it was a matter of back-tracking to see the other arches. Most were an easy walk from a parking area. Skylight arch was by the road, while Sand Dune and Broken arches were short hikes at the same stop. 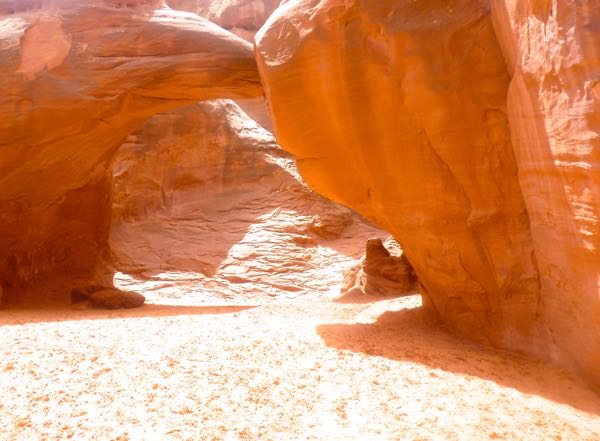 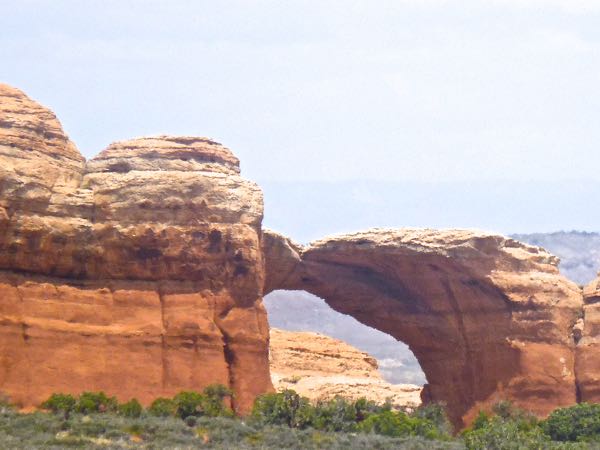 The three mile hike to the base of Delicate arch wasn’t appealing in the clouds and rain. So, I went to the upper and lower viewpoints to get photos. A short way beyond the end of the trail, out on some slick rock, provided better visibility. 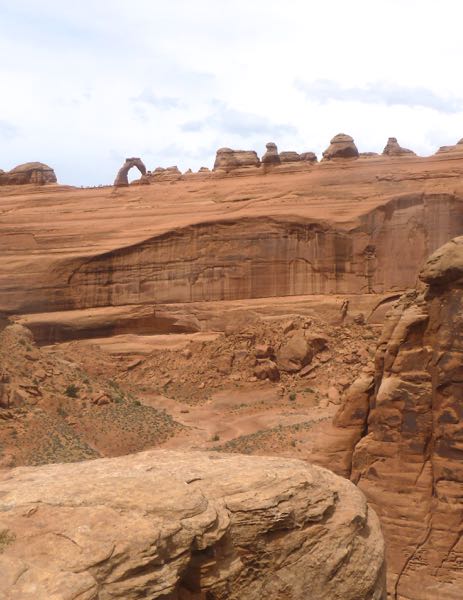 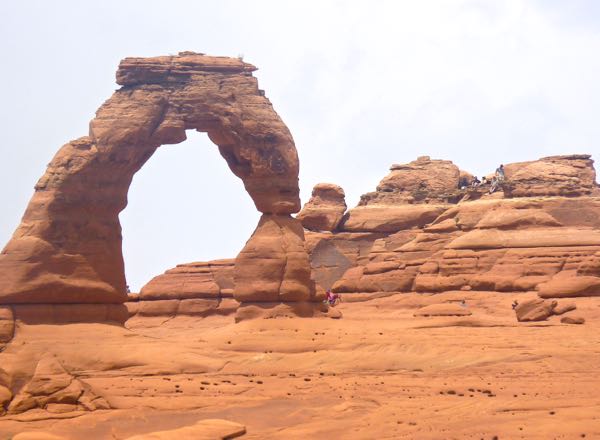 While the arches were the featured scenes in the park, it also had outstanding rock formations. Many of them had names which I am unable to match with the photos. The parking lot for Balanced Rock was full, so I took photos from the road. 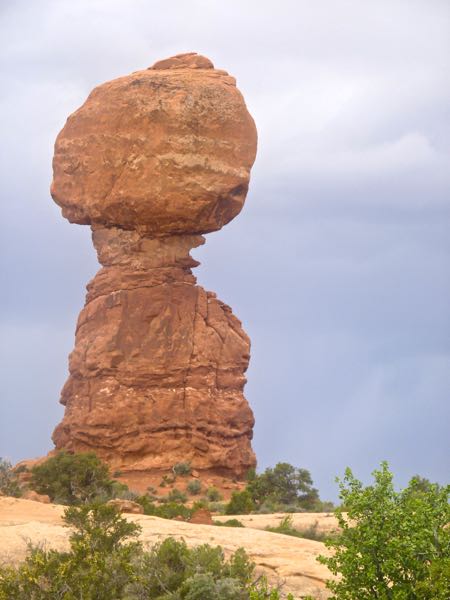 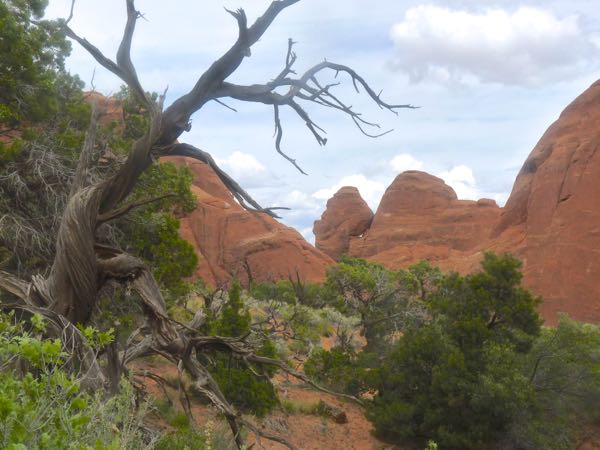 The Windows and Turret arches were on the same loop trail. Adjacent was Double arch which could be slightly seen from the road. Since, it had begun raining again I passed. Along that entry road was the Garden of Eden with pillar rocks which I also skipped. 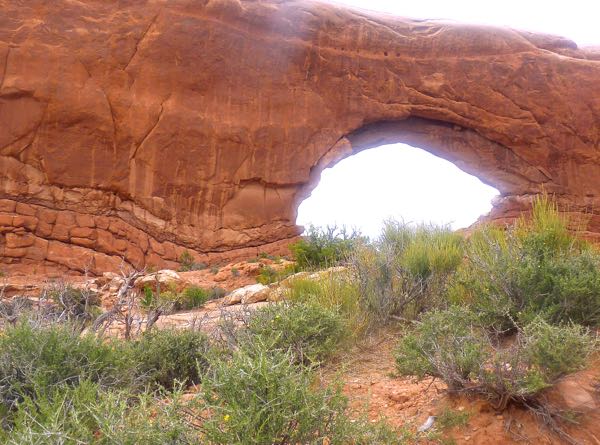 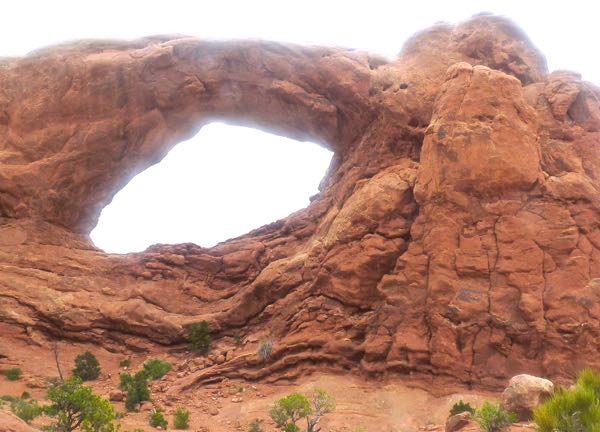 The Park Avenue trail was to be my last hike which also got scratched from the list due to the rain. I thought to return another day; but, the rains continued. Since I missed so much, I determined I would just have to go back for a second visit at another time. 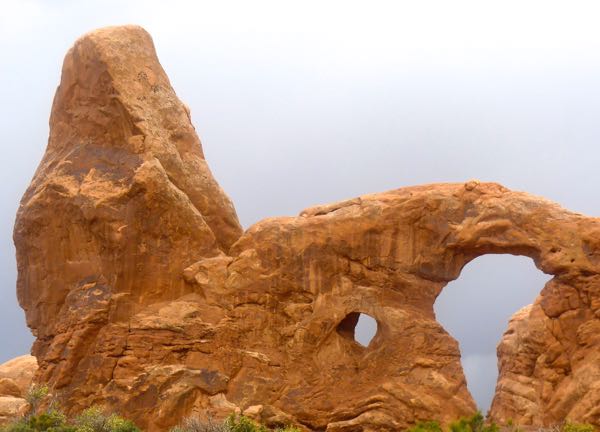 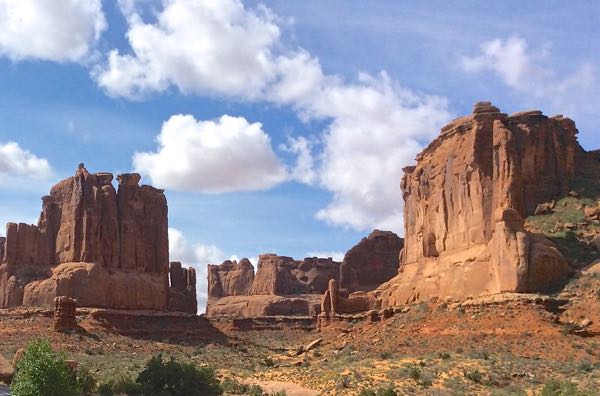 Rock Towers along the Scenic Drive

I was invited by RV friends to join them at their camp north of Moab. The visit was pleasant; but, the site was next to a busy road popular with ATVs. However, it did have a good internet signal. I stayed through the weekend hoping the weather would improve and the crowds would abate afterward.

Canyonlands – Island in the Sky
Moab Side Trips