(Ruby Valley NV)
The snow capped Ruby Mountains extended for miles just to the west of US-93 as I drove north. At Hastings Cut-off, I turned onto NV-229 and headed toward the peaks. It passed by mostly ranches with a few access roads into the forest and mountains. 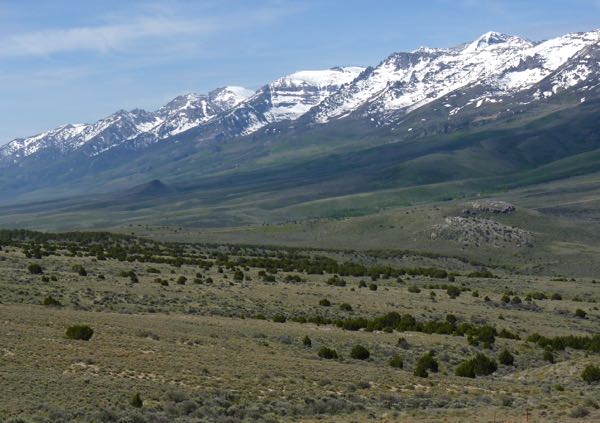 Secret Pass
Turning south at the mountains went to the Ruby Lake Wildlife Refuge. But, I turned northward toward Secret Pass, a shortcut to Elko. The pastural scenery made for a relaxing drive. I came upon a paved pull-out that went behind a hill; so, I stopped. 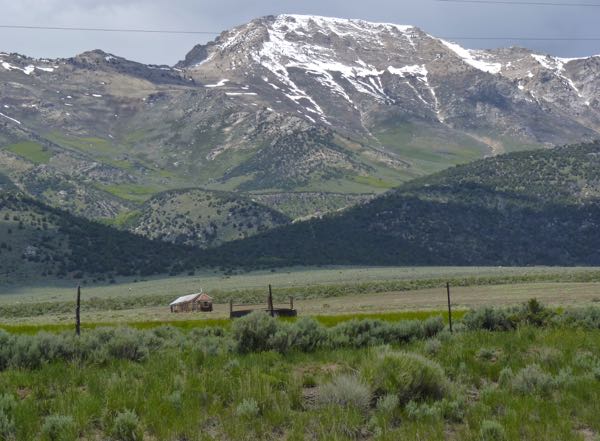 Farms along the road 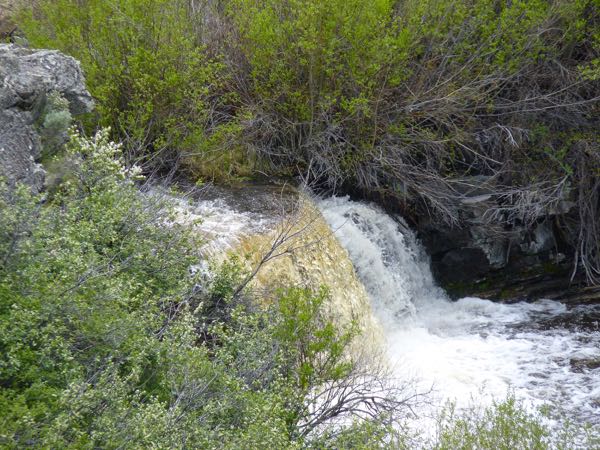 Much to my surprise, there was a creek below with a waterfall. After eating lunch, I decided to stay for the night. With little traffic on the road it was fairly quiet, and there was an internet signal. Happy camper!

(Wells NV)
Angel Lake
On my route from Elko, I stopped in Wells to have dinner. I wanted to find out about the nearby ghost town of Metropolis. However, the waitress knew nothing about it. But, she did suggest I visit Angel Lake. 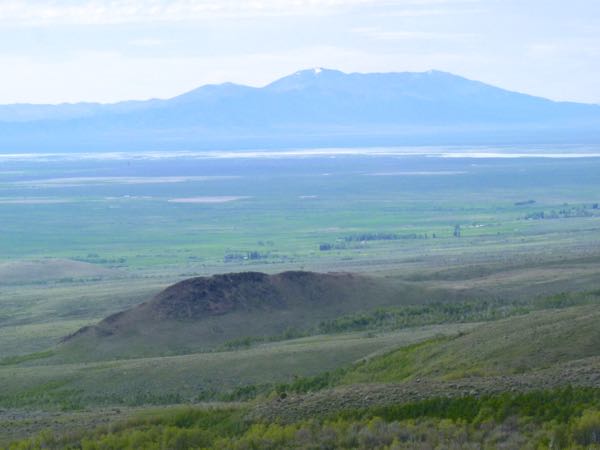 So, I drove up the mountain to check out the lake. The narrow winding road went up and up, with no guardrails and drop-offs, that made it a bit scary. There was a good view of the valley and, at the end of the road, was the lake. The water in the lake was pristine with a waterfall on the far side. The surrounding cliffs still had some snow to reflect in the water. 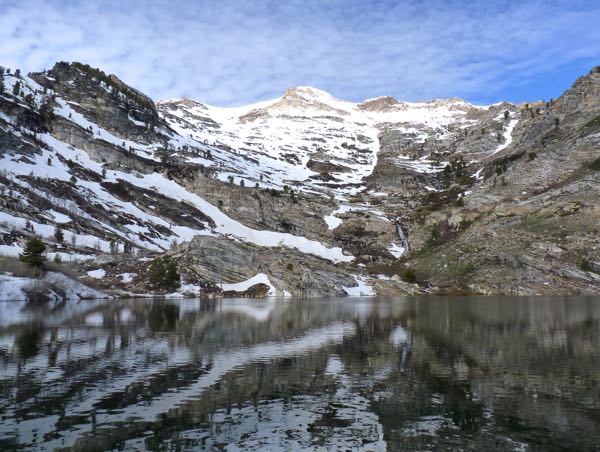 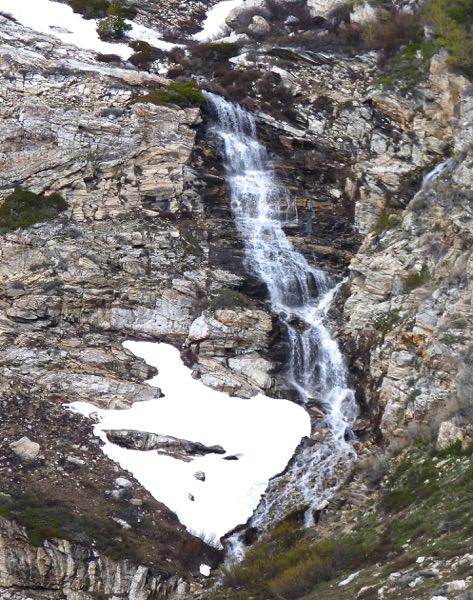 I stopped at the Emigrant Museum to ask about the ghost town. The very informative docent told me the history of the area which included ranching, the California Trail and the Pony Express. He said that Metropolis was 17 miles one way on a gravel road, and that there wasn’t much left to see.